India are on a roll in the Women's T20 Cricket World, having easily sealed their semifinal berth with wins Vs Australia, Bangladesh and New Zealand. Sri Lanka, on the other hand, are out of the semifinal race following two losses so far. 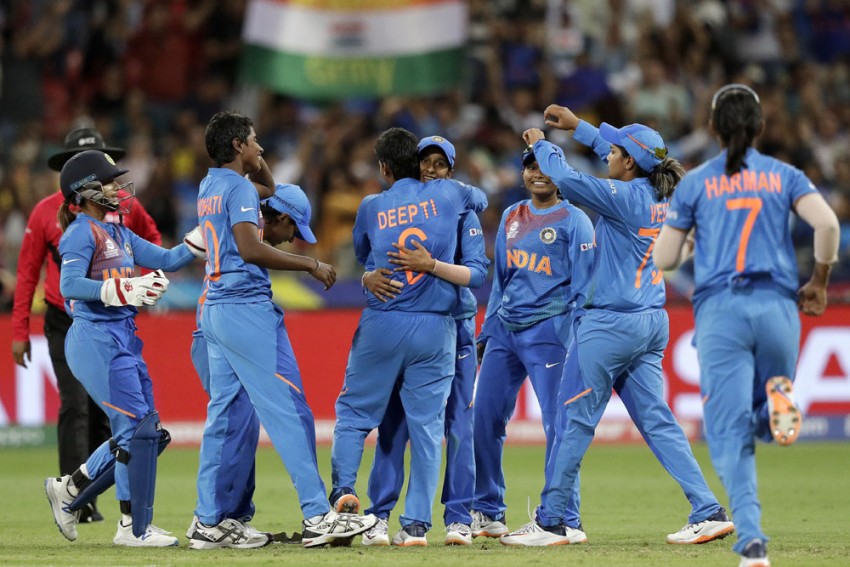 India have a few things to worry about, especially their below-par show with the bat, going into the business end of the tournament.
AP
PTI February 28, 2020 00:00 IST ICC Women's T20 Cricket World Cup: India Look To Improve Batting Issues In Final Group Fixture Vs Sri Lanka 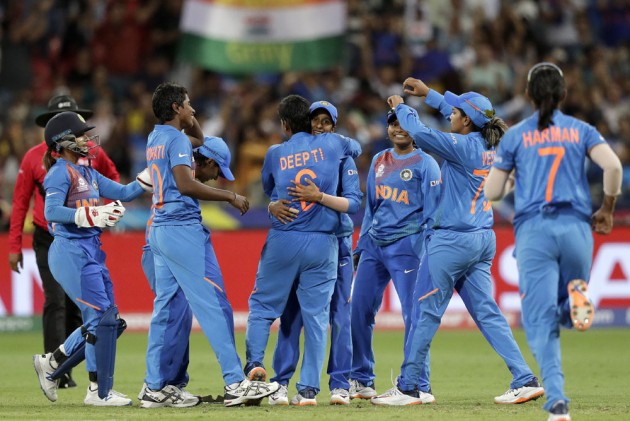 A semifinal berth secured, the unbeaten Indian women's cricket team would look to address some of its batting issues in the final Group A match against a deflated Sri Lanka in the ICC T20 World Cup, on Saturday.

The Indians are on a roll, having easily sealed their semifinal berth with wins over defending champions Australia, Bangladesh and New Zealand. The Lankans, on the other hand, are out of the semifinal race following two losses so far.

While India beat hosts Australia by 17 runs in the tournament opener, they defeated Bangladesh by 18 runs before eking out a narrow four-run victory over the White Ferns on Thursday.

And come Saturday, the Harmanpreet Kaur-led side would look to end its group engagements on a high when it takes on the islanders.

But the Indians definitely have a few things to worry about, especially their below-par show with the bat, going into the business end of the tournament.

In all the previous three outings, India failed to put on big scores on the board. They managed just 132 runs against Australia, 142 against Bangladesh and 133 vs New Zealand.

In all the three matches, the bowling unit came to India's rescue and the bailed the side out.

Heavily reliant on the brilliance of a 16-year-old Shafali Verma, the Indian middle-order has cut a sorry figure so far and it's time senior pros like Harmanpreet and Veda Krishnamurthy step up and take the responsibility.

Opener Smriti Mandhana too has failed to join the party so far.

Verma has been impressive at the top registering scores of 29, 39 and 46 for a total of 114 from three games. But it's high time she converts the starts into big scores.

Skipper Harmanpreet has rued the inability of her batters to capitalise on good starts and cautioned them against making "silly mistakes" in the knock-out rounds.

"It's a great feeling when your team performs day in day out. Still we made the same mistakes after a good first 10 overs, we got a good start but couldn't carry the momentum," Kaur had said.

"We can't make silly mistakes with harder games coming up. Shafali (Verma) is giving us good starts, her initial runs are crucial for us," she added.

The Indian bowling, however, has been phenomenal in the tournament so far and played a vital role in their smooth entry into the last-four round.

Leg-spinner Poonam Yadav has been the star performer for India, picking up eight wickets so far, including match-winning effort of 4 for 19 against Australia.

She has been complemented well by the likes of Rajeshwari Gayakwad, Deepti Sharma and pacer Shikha Pandey.

Young Shafali was adjudged the player of the match for scoring a 34-ball 46 and the 16-year-old was elated with her performance.

"Feeling good, very happy with the performance, want to continue doing this. I waited for the loose balls and converted those," said Shafali.