Two of the most experienced players Shakib Al Hasan and Mushfiqur Rahim led Bangladesh's charge against South Africa by stitching a 142-run stand during their ICC Cricket World Cup match at The Oval, London on Sunday 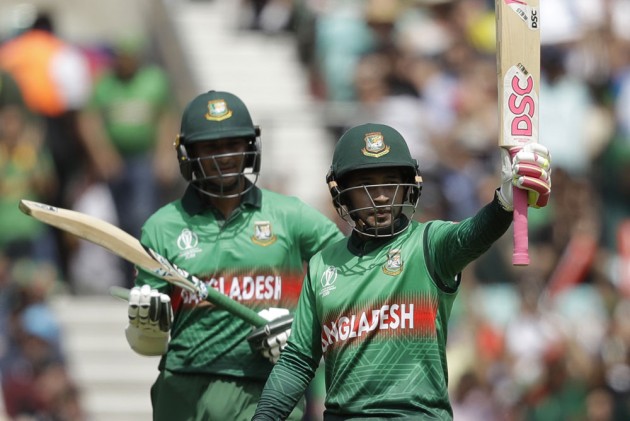 Bangladesh posted their highest ODI score as Mushfiqur Rahim and Shakib Al Hasan took them to 330 for six against South Africa in the fifth match of the ICC Cricket World Cup 2019 at The Oval, London on Sunday.

Mushfiqur made 78 from 80 balls and Shakib's 75 came from 84 balls as the pair stitched a 142-run partnership for the third wicket, which was Bangladesh's highest World Cup stand.

The total eclipsed their previous highest ODI total of 329 for six against Pakistan in 2015.

Here's a look at some key numbers:

- Bangladesh recorded their highest ever total in one-day internationals as well as in World Cup by making 330 for six against South Africa at The Oval on Sunday (June 2).

HIGHEST EVER STAND FOR BANGLADESH IN WORLD CUP

- Mushfiqur Rahim and Shakib Al Hasan set a new record of highest ever stand for Bangladesh in World Cup by adding runs for the third wicket against South Africa at The Oval on Sunday (June 2).
- Mahmudullah and Mushfiqur Rahim who put on 141 for the fifth wicket against England at Adelaide on  March 9, 2015 held the previous record.