Mohun Bagan edged past Real Kashmir in today's 2019-20 I-League fixture at Srinagar. Read here about what Kibu Vicuna and David Robertson had to say during the post-match press conference at TRC Turf Ground 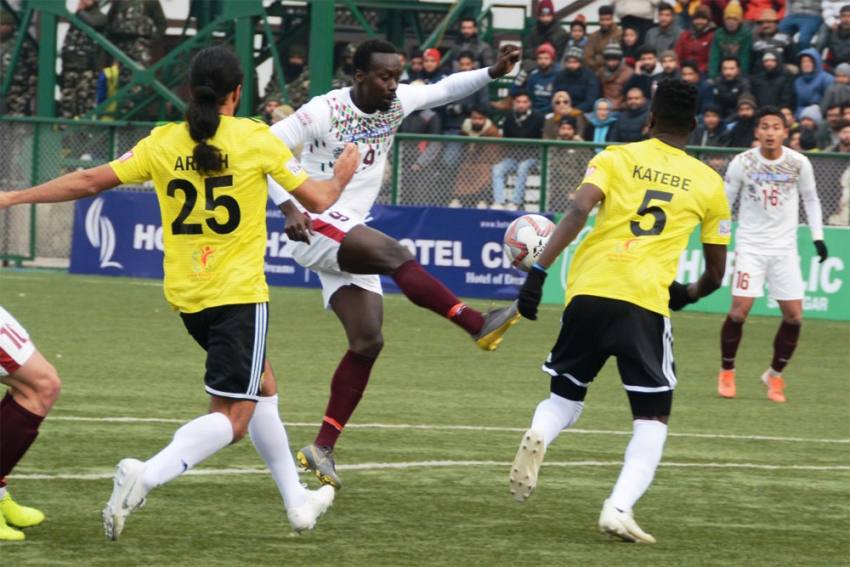 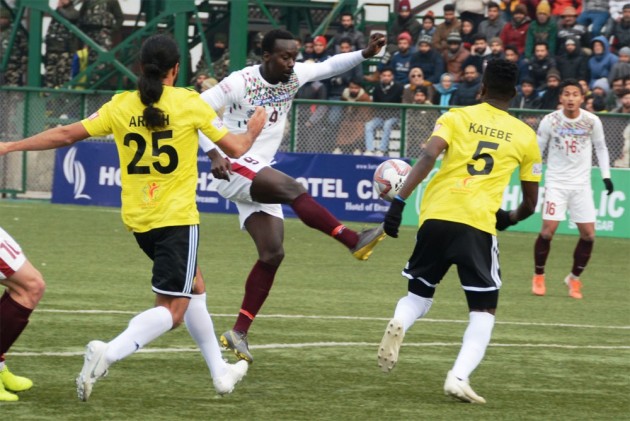 Real Kashmir crashed to a narrow defeat against Mohun Bagan in Sunday's I-League fixture at Srinagar's TRC Turf Ground. Battling past a raucous crowd, The Mariners had to rely on late goals from Joseba Beitia (72') and Nongdamba Naorem (73'). The win sent the visitors to the top of the table with 10 points from five matches. Meanwhile, the hosts are seventh in the standings with five points from four fixtures. The football fans of Jammu and Kashmir weren't saddened by their team's loss, and expressed their love for football after the referee's fulltime whistle, cheering for both teams; the winners and losers. In a match of two halves, both sides started off on a conservative note in the first half. It was only after halftime, that the two outfits became a little more adventurous. (More Football News)

After the match, as expected, both managers reflected contrasting moods, with Mohun Bagan's Kibu Vicuna the happier one, and David Robertson of Real Kashmir showing a face of utter disappointment.

The Bagan head coach started off by praising his opponent. He mentioned the home side's strength in set pieces, which could have hurt his team and also felt that his side dealt well with the cold weather in Srinagar. "We won against a tough opponent, but it wasn't our best match. Real Kashmir were good with their set-pieces, and I feel we played better against Churchill Brothers earlier," said Vicuna.

"Today we played good football, and coped with the difficulties of the match, like the cold weather. We prepared well, and I am happy. We won three games in a row and are now in top of the table," he further added.

Regarding the weather, Vicuna said, "The cold was chilly, but then if you want to be the champions of India, you have to be able to play in every kind of condition. Getting three points here is a big deal for us."

In the second half of the post-match press conference, Real Kashmir's head coach Robertson entered the media room in a disheartened mood. Being blunt and straightforward as usual, the Scotsman said: "They scored two goals and we didn't."

The former Aberdeen defender revealed that he was happy with his team, although they couldn't register a win.

"I am happy with my boys. We played a good game, but they scored two goals. I can't blame my players. We lost our focus for five minutes against a team like Mohun Bagan, and they capitalized on it. It is the fine margins of football, which made the difference. I am just disappointed."

Robertson also thanked the home support, who turned up in large numbers. The attendance was approximately 8,000, with several fans making a late dash to the stadium on a Sunday morning.

"After the match, me and the coaching staff were sad because the fans turned up in huge numbers. It disheartens me to see them return home empty-handed, without a win or even a point. We will play better against Punjab FC in our next match in front of our fans," he stated.

The Mariners will next host Indian Arrows in their upcoming match on January 9. Meanwhile, Real Kashmir host Punjab FC on January 10.