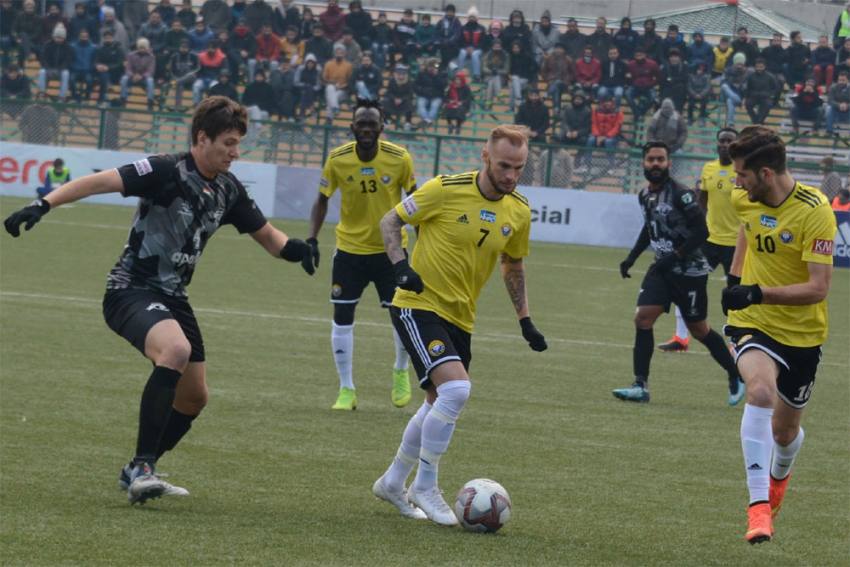 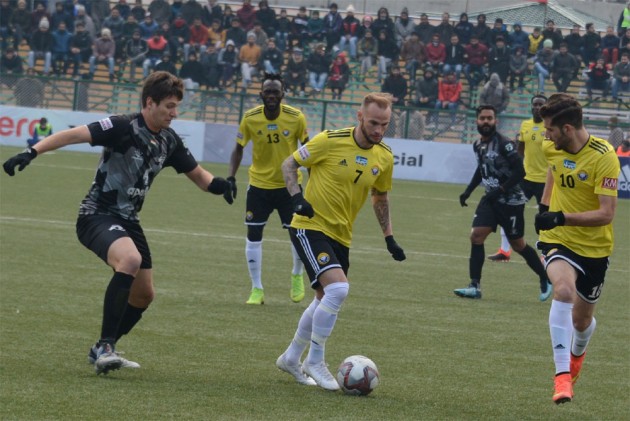 Real Kashmir held Punjab FC to a 1-1 draw in an I-League encounter at Srinagar on Friday. With the draw, Punjab FC are now placed third on the table with 10 points from seven games. Real Kashmir FC remain eighth with six points from five games. (More Football News)

Confusion in the Real Kashmir box because of a long ball from Punjab opened up an opportunity for Makan Winkle Chothe, the U-22 forward, and he made no mistake and smashed the ball into the back of the net to give the visitors an early lead in the match.

In the 56th minute, Real Kashmir playmaker Kallum Higginbotham cut through two defenders on the left side of the Punjab box and the ball fell to Mason Robertson, whose shot was too weak to trouble the Punjab goalkeeper.

Soon after, it was Danish Farooq who tried a curler from a distance but the shot didn't have enough bend to trouble the Punjab goal.

The home team's effort finally paid off in the 62nd minute, a miscalculated header by Danilo Augusto fell at the feet of Gnohere Krizo, who was one-on-one with the keeper and made no mistake to strike the ball into the opponent's goal to score the equaliser.

In the dying moments of the match, Real Kashmir kept the pressure on but couldn't break the Punjab defence as the match ended in a 1-1 draw.