Chennai became the destination of two of the most prestigious trophies in Indian sports, those of IPL and I-League 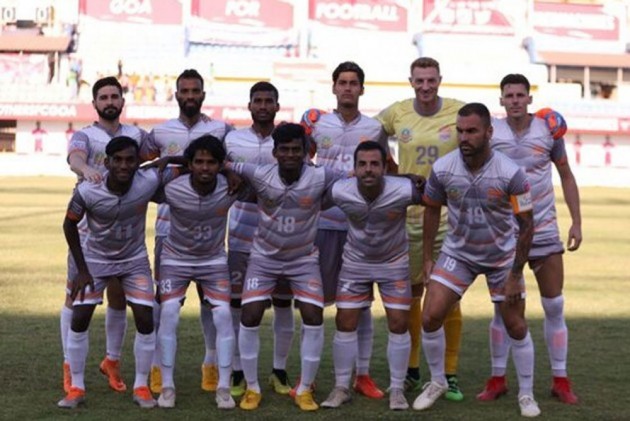 Indian football witnessed the crowning of a brand new champion on Saturday with Chennai City FC becoming the seventh team to lift the glittering I-League trophy.

On the final day of the 2018-19 season, Chennai came from behind to beat defending champions Minerva Punjab 3-1 in Chennai, thus pipping traditional heavyweights East Bengal by a single point as an engrossing I-League season came to an end.

The Kolkata giants, who needed a win and favourable result from the Chennai-Punjab match, also managed to beat Gokulam Kerala 2-1, but it wasn't enough.

Chennai had the opportunity to win the title in the penultimate round, but they succumbed to a dramatic 2-3 defeat at the hands of Churchill Brothers to give East Bengal the faintest of hopes.

But on the final day, they showed the championship material. The results meant that Chennai finished the league with 43 points from 20 matches, while the Red & Gold Brigade settling as the runners-up for the fourth time with 42 points.

At the Jawaharlal Nehru Stadium in Chennai, Roland Bilala had handed Minerva Punjab a shock lead in the third minute. But Pedro Manzi, one part of a deadly triumvirate that served Chennai City with distinction through their third season, converted from the spot to draw parity.

Gaurav Bora's brace (69' and 90+3') then sealed the title for the Akbar Nawas-coached side.

East Bengal's bid to end their 15-year-old wait for the top-flight title continued even after they won their game in Kerala.

Manzi finished as the joint top-scorer of the league alongside Willis Plaza of Churchill Brothers with 21 goals.

For Chennai, founded by two young football-loving owners based out of the southern metropolis, the triumph is nothing short of a dream.

The club has exhibited immense vision in its short existence, right from the appointment of and freedom given to Singaporean coach Nawas.

From scouting and building the team for the season to getting on board top European club FC Basel as part owners of the club in a landmark deal earlier in the year, he had a free hand, and it paid rich dividends.

Kashmir will finish third even if they lose the re-scheduled game against Minerva. The already have 36 points from 19 matches.

NEROCA, runners up last season, finished sixth with 26 points after a promising start to the season. Winless in the last five matches, the Manipur club ended the season win third successive defeat.

Developmental club, Indian Arrows finished eight with 21 points, ahead of Kerala and Minerva.

Lajong Shillong finished last in the 11-team league and have been relegated.