Home  »  Website  »  Sports  »  How Long A Rope Will FIFA Give To India's Defiant Football Chiefs?

How Long A Rope Will FIFA Give To India's Defiant Football Chiefs?

The international football federation (FIFA) had advised the All India Football Federation to unify the I-League and the Indian Super League. The AIFF, under pressure from its commercial partners, has so far failed to find a sustainable roadmap. 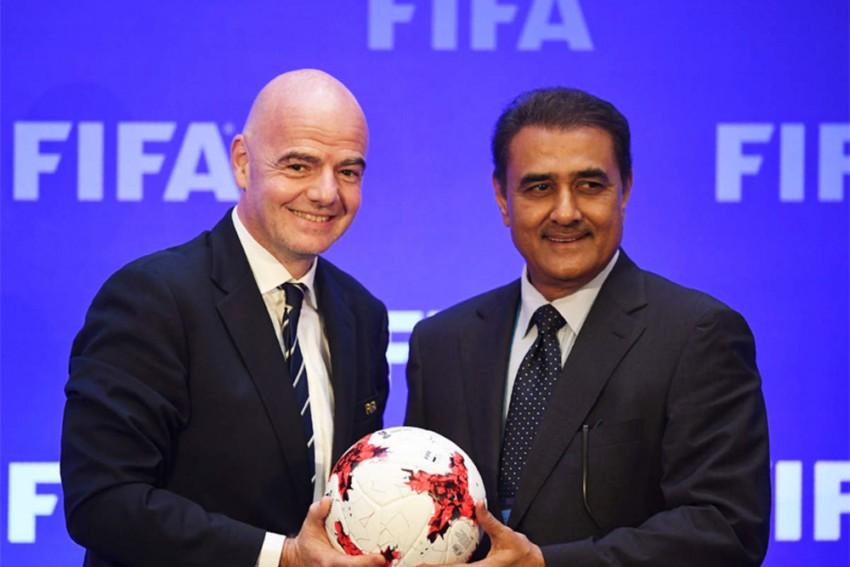 FIFA seems to have got a wind of the recent happenings and the angst of the I-League teams.
Twitter
Soumitra Bose, Neelav Chakravarti July 26, 2019 00:00 IST How Long A Rope Will FIFA Give To India's Defiant Football Chiefs? 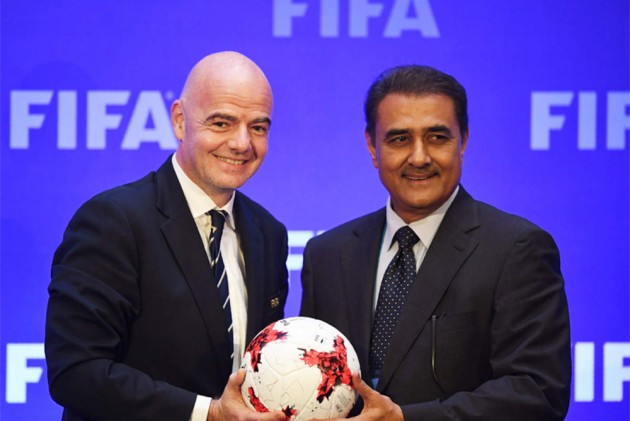 The international football federation (FIFA)'s role in addressing the grievances of the I-League teams will be crucial in deciding the premier league structure of India. The All India Football Federation, under pressure from its commercial partners Reliance, has been unable to find a solution in almost two years and its president Praful Patel is now asking for "two to three years" more to form a united league. If media reports are to be believed, the recommendations made by FIFA have been given little weightage by the AIFF.

Six top I-League teams, including legacy clubs like East Bengal, Mohun Bagan and Churchill Brothers, have drawn the attention of FIFA and the Asian Football Confederation to the way AIFF bigwigs have been trying to "honour" an agreement with its commercial partners by trying to elevate ISL as the Number 1 league in India.

ISL, played by franchise teams, is a 'closed' league where there is no promotion or relegation. It is controlled and promoted by Football Sports Development Limited, an arm of Reliance. AIFF is contracted to receive Rs 50 crores annually from Reliance. Is the AIFF relegating the I-League to please FSDL?

Recent media reports on the AIFF's plans have not amused FIFA. In May 2018, FIFA and AFC had suggested that India should have a single league with proper relegation and promotion by 2021-22. If the AIFF must "honour" its 15-year agreement with FSDL until 2025, then ISL has to remain a 'closed' league. Given the conflict of interest, it is not clear what path AIFF will choose.

FIFA seems to have got a wind of the recent happenings and acknowledged the angst of the I-League teams.

In a letter to AIFF on July 25, FIFA's Joyce Cook writes: "We have recently become aware of media reports concerning ongoing discussions with I-League clubs, the future of the top league's structure in India and a potentially united 'Indian football League.' Many of the elements under discussion are related to suggestions made in a joint FIFA and AFC report following an extensive consultation process in 2018.

"The report's objectives are among others, to provide the AIFF with external expertise and to support your federation and its stakeholders in establishing and implementing a widely-supported robust medium to long-term strategy."

That the AIFF have done little to implement FIFA's "concrete recommendations" is very clear in FIFA's letter. The world body has sought an update on the current position of the AIFF.

On July 26, AIFF’s general secretary Kushal Das said that many of the FIFA’s recommendations cannot be implemented. He stated that the main obstacle in the current crisis is the franchise fee of Rs. 15 Crores involved in ISL, which is way too steep for I-league outfits.

Speaking to Hindustan Times, Das said, “There are many things in the AFC-FIFA roadmap which cannot be implemented right now. That is why we have been trying to slowly implement it”.

The FIFA report also called for the formation of a panel called ‘League Transition Commission’. Das feels that such a body is not needed as AIFF members know the Indian football ecosystem better than outsiders.

“The AIFF and the people who are in the ecosystem are far more qualified to find that solution rather than getting people from outside. While setting up a commission is one of the requirements, you have to see what is the best solution going forward and we are absolutely in the process of finding that solution,” said the general secretary.

FIFA and AFC also feel that the 2010 MRA between AIFF and FSDL should be reviewed and renegotiated. On being asked about this, Das said, “That is again a crazy thing to say. What exactly do you mean by resetting? How will you renegotiate (the agreement)? Do you know the implications of that? Suppose they (FSDL) say, ‘we are not renegotiating, we are moving away’. Then what happens?”

Interestingly, Patel was recently elected as a FIFA Council member. He was a senior vice-president of the AFC before that. In spite of being in such leadership roles, Patel has failed to provide a sustainable road map for Indian football. The question is did Patel tell FIFA that it’s suggestions on Indian football were unrealistic?

It is felt that Patel, whose first interest is national politics, is simply bidding time and will leave football in the lurch once his stint as a football official ends in 18 months' time.

With FIFA stepping in and clubs threatening to go to court, Indian football will continue to remain on the boil. So far, the AIFF has remained 'closed' in its dealings with FSDL. Patel's plans to maintain the status quo and let the I-League and ISL run the way they are is certainly not the way forward. Can FIFA show the red card?