Home  »  Website  »  Sports  »  France Vs Germany, Live Streaming: When And Where To Watch UEFA Euro 2020, Group Of Death Match

France Vs Germany, Live Streaming: When And Where To Watch UEFA Euro 2020, Group Of Death Match 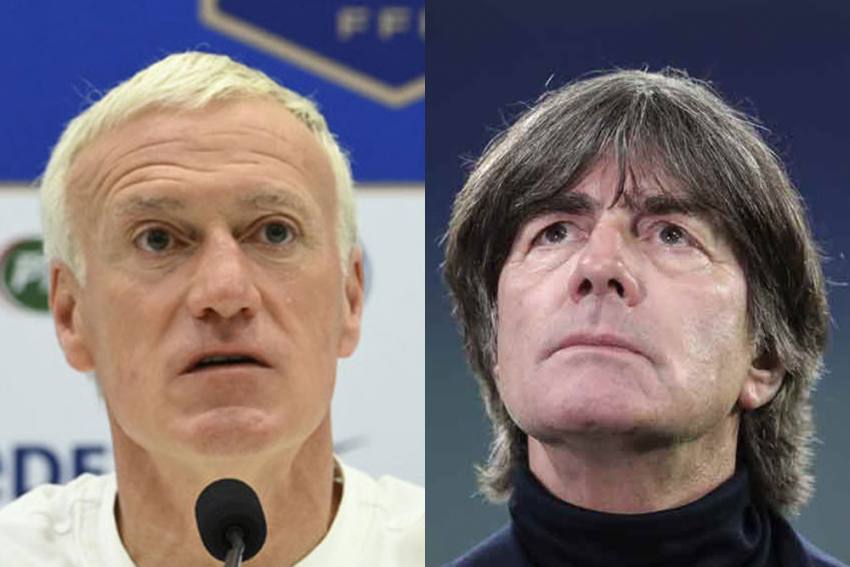 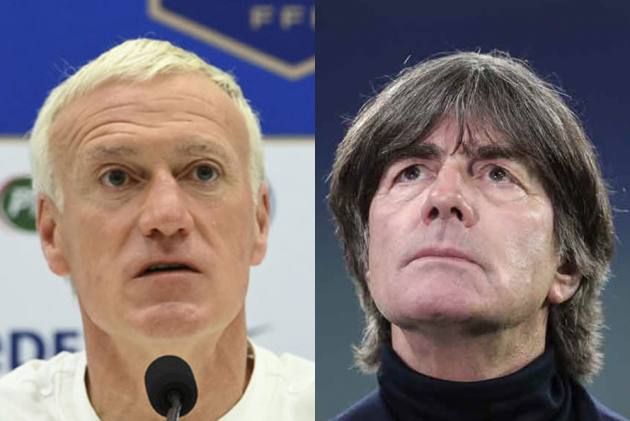 France and Germany usually play each other in the latter stages of major tournaments. Not this time. The heavyweights are meeting in the group stage of a European Championship or World Cup for the first time on Wednesday when they open their Euro 2020 campaigns in Munich.

Their last match at a major tournament came in the Euro 2016 semifinals. Antoine Griezmann scored twice for France in the 2-0 victory over then-World Cup champions Germany in Marseille. Germany have never really recovered, and though the French lost to Portugal in the final five years ago, they went on to win the World Cup two years later.

France's fearsome front three of Griezmann, Kylian Mbappe and Karim Benzema — the latter recalled by Didier Deschamps after an almost six-year absence — will be far more likely to capitalise on any German lapses in defense.

The 33-year-old Benzema has recovered from an injury picked up in France's 3-0 warm-up win over Bulgaria on June 8. The Real Madrid frontman made his comeback in a 3-0 win over Wales four days before that, when he had a penalty saved and hit the post. Griezmann has also recovered from a minor injury.

Les Bleus are bidding to become the first country to twice hold both the European and World Cup titles at the same time. France coach Deschamps won the 1998 World Cup and Euro 2000 as a player and could repeat the feat as the head coach.

Apart from France, only West Germany and Spain have held both titles at the same time.

Remarkably, no player in Germany's current squad has ever scored in a European Championship match. Thomas Muller, who has played 11 tournament games, missed a penalty in the 2016 quarterfinal shootout win over Italy. German hopes this time are pinned on a good start in Munich to set the team up for success in Joachim Low's last tournament as coach after 15 years in charge.

Die Mannschaft will also face European champions Portugal on June 19, four days before their last game in Group F against Hungary. The Germans will play all three group games in Munich, where one of the tournament's quarterfinal matches will take place on July 2.

France play Hungary on June 19 in Budapest and stay in the city to face Portugal on June 23. Mind you, this is the so-called Group of Death in this edition of the UEFA European Championship.

Low — or "Jogi," as he's affectionately known — decided to step down after the tournament to let someone else lead the shakeup he started after Germany's failed World Cup campaign in 2018. His former assistant, Hansi Flick, will oversee qualifying for next year's World Cup in Qatar.

Low recalled the experienced Muller and Mats Hummels for this year's competition and their return appears to have had the desired effect. Germany looked solid in a 1-1 draw against Denmark and then filled up on confidence with a 7-1 rout of Latvia, when seven different players scored.

The goal conceded could prove to have been more valuable than those scored, however.

"These are situations, moments, not paying attention, not alert," Low said. "Our opponents will punish exactly that. We have to keep our concentration high for 90 minutes in every situation. There's definitely room for improvement there."