Lewis Hamilton took the previous five F1 pole positions, but Mercedes team-mate Valtteri Bottas denied him at the Nurburgring ahead of the Eifel Grand Prix 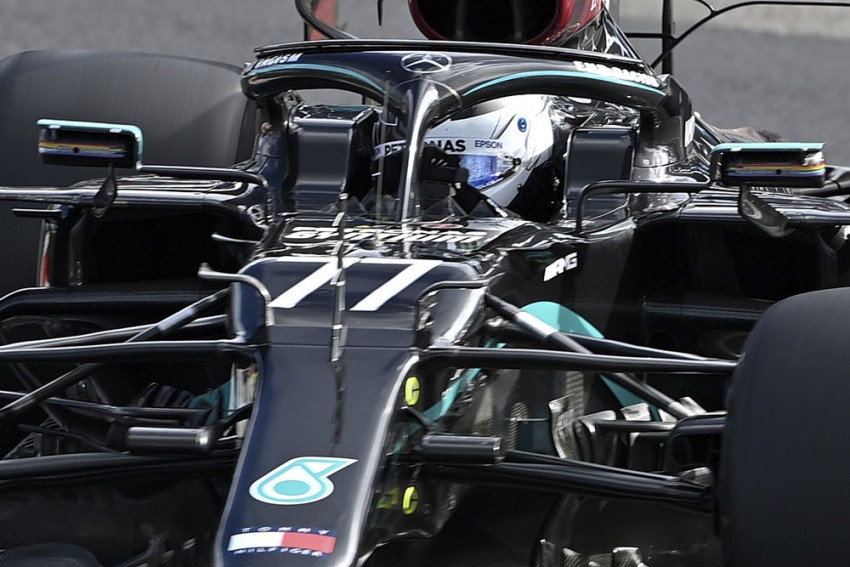 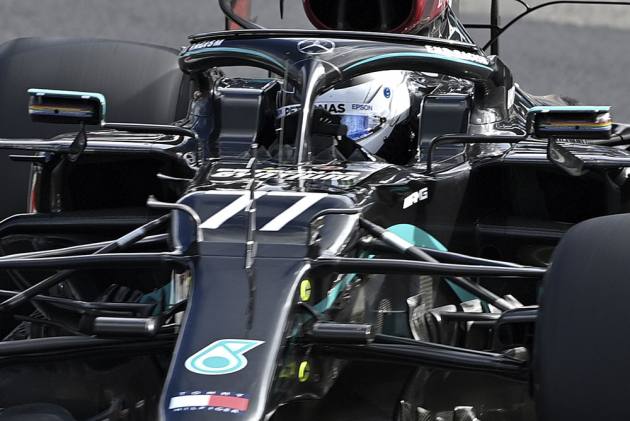 Valtteri Bottas continued his momentum from winning in Russia last time out by claiming an impressive pole position for the Eifel Grand Prix. (More Sports News)

A supreme lap of one minute and 25.269 seconds on Saturday saw Bottas finish 0.256 seconds clear of Mercedes team-mate Lewis Hamilton, who had claimed the previous five Formula One pole positions.

It was a thrilling qualifying battle between the two Mercedes cars and the Red Bull of Max Verstappen, who led after the first runs of Q3 but ultimately had to settle for a close third.

Charles Leclerc was outstanding to take fourth for Ferrari ahead of Alex Albon and Daniel Ricciardo.

In the first grand prix to be held at the Nurburgring since 2013, Sebastian Vettel will start 11th on home soil after being eliminated at the end of Q2 by a charging Leclerc.

That second session was narrowly topped by Hamilton, while Verstappen had ended the opener on top as Mercedes' record of taking all 10 poles in 2020 looked to be under serious threat.

Bottas, who was fastest in FP3 earlier after there had been no Friday running due to the weather, sat over half a second behind Hamilton and Verstappen in Q2.

But he upped his game as Q3 then produced an incredibly close battle, with Verstappen leading Bottas and Hamilton after the first runs, but under one tenth of a second separating the trio.

Hamilton then moved into the lead on his second attempt, only to be trumped by a stunning Bottas effort, while Verstappen was the last to come round and finished an agonising 0.037s adrift of the Briton.

While Vettel was despondent, Leclerc shone for the Scuderia as he finished ahead of Albon in the second Red Bull, while Ricciardo was just ahead of Renault team-mate Esteban Ocon.

There appears to be potential for a competitive victory battle on Sunday, as Hamilton tries again to equal Michael Schumacher's record of 91 F1 race wins.