Spain beat Romania 2-1, while Italy came back from goal down to defeat Armenia 3-1 in Euro 2020 qualifying. 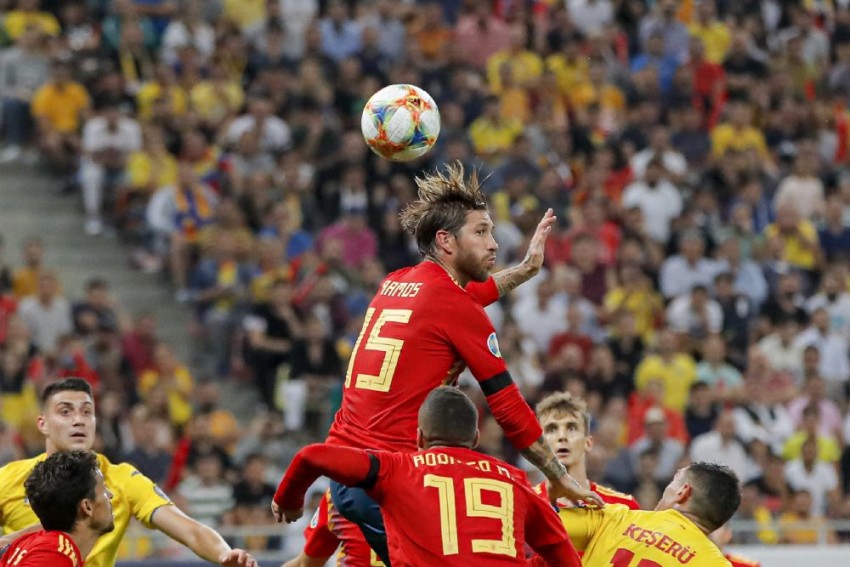 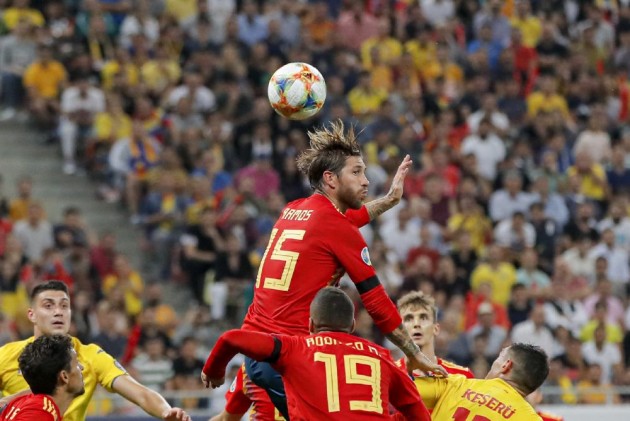 Spain took a step closer to qualification for Euro 2020 after surviving a scare in Romania to win 2-1 and continue their 100% record, while Italy also kept their perfect start with a 3-1 win in Armenia. (FOOTBALL NEWS)

A Sergio Ramos first half penalty and a beautiful team goal finished off by Paco Alcacer were just about enough for Spain in Bucharest, made their record five wins from five and maintain their five-point lead at the top of Group F.

They are followed by Sweden, who are on 10 points after thrashing the Faroe Islands 4-0, and Norway a further two points back after their comfortable 2-0 over Malta.

Ramos got the ball rolling for the away side from the spot after Dani Ceballos was brought down by Ciprian Deac, and the points looked secure two minutes after the break when Alcacer tapped home Jordi Alba's cross following a sensational pass from Ceballos.

However, substitute Florin Andone made an almost immediate impact when he nipped in front of Ramos to nod one back just before the hour mark, and the hosts soon had the wind in their sails.

They received a further boost 11 minutes from time when Diego Llorente clumsily took down George Puscas as he raced towards goal in search of a leveller.

It proved to not be Puscas' night as he saw two stoppage time efforts brilliantly saved by Spain stopper Kepa Arrizabalaga, the first a smart snap shot and the second a header from point-blank range, with the rebound then blazed over to leave Romanian heads in hands.

Earlier Italy strengthen their grip on Group J after coming from behind to see off Armenia thanks to a Andrea Belotti brace and Lorenzo Pellegrini's first international goal.

Roberto Mancini's side are three points ahead of second-placed Finland, 1-0 victors over Greece thanks to a Teemu Pukki penalty, and seven ahead of Bosnia and Herzegovina in third after the win in Yerevan, which came despite the Italians trailing after 11 minutes when Aleksandre Karapetyan.

Torino captain Belotti got Italy back level on 28 minutes before Karapetyan went from hero to villain by being sent off in first half stoppage time for a second yellow card.

Belotti doubled his tally 10 minutes from time after substitute Pellegrini had put the away side in the lead.

"The satisfaction is to have won a game that was not at all easy," said Mancini, who becomes the first Italy coach to win five consecutive European qualifiers in one group.

"Playing the 11 against 10 paradoxically penalised us because Armenia focused even more on defending and reduced the spaces further.

"But we had the patience to continue to attack even at the risk of exposing ourselves to counter-attack."

David McGoldrick made sure that the Republic of Ireland staid top of Group D with a late leveller in Dublin that gave the hosts a 1-1 draw with Switzerland.

The Irish are three points in front of second-placed Denmark -- 6-0 winners over Gilbraltar -- and six ahead of third placed Switzerland, who however have two games in hand.