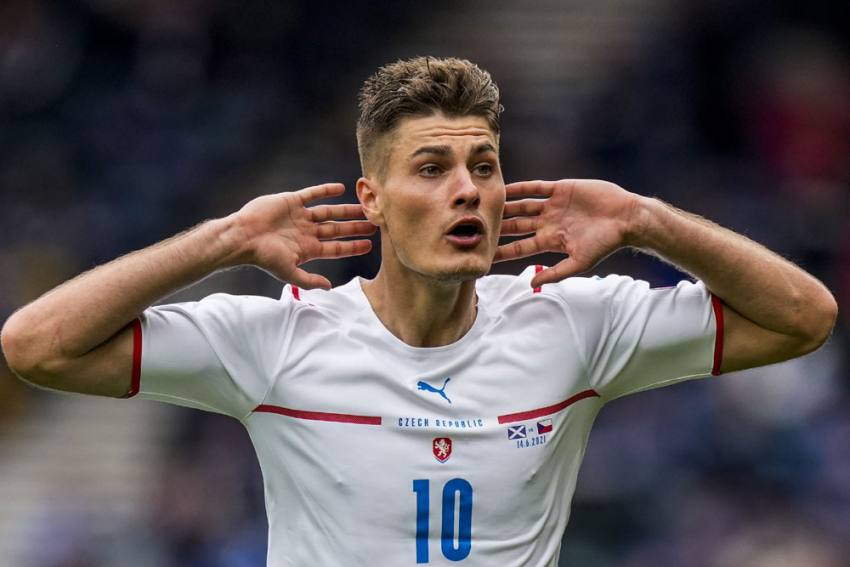 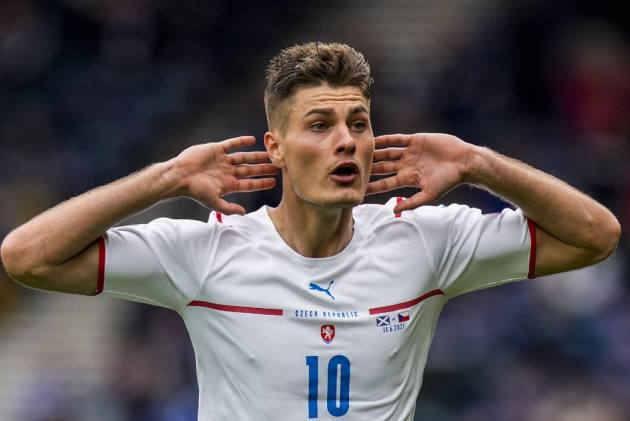 Patrik Schick spotted the goalkeeper off his line, launched a looping shot from just inside the halfway line, and gave his team a two-goal lead it wouldn't relinquish.

Schick scored both goals for the Czech Republic on Monday in a 2-0 victory over Scotland at the European Championship. But it was his second goal that will be talked about for years to come.

Scotland lost possession when a shot toward the Czech goal was blocked and the ball fell to Schick. The Bayer Leverkusen forward looked up and spotted opposing goalkeeper David Marshall way off his line before hitting a long, curling shot that bounced into goal.

Marshall gave chase, but he could only watch the ball sail into the goal before he ended up tangled in net.

"There was a deflected ball," Schick said. "I took a look (at the goalkeeper) to see where he was standing and he was pretty high. I checked it again and fired."

Schick and the other Czech players ran toward the corner of Hampden Park where a few dozen Czech fans erupted in celebration.

UEFA said it was the longest distance for a goal in the tournament at 49.7 meters. The previous record of 38.6 meters came from Germany midfielder Torsten Frings at Euro 2004.

"It's a fairy tale to score such a goal," Czech Republic midfielder Tomáš Soucek said. "It's fantastic how he hit it."

Soucek later added on Twitter: "It's clear we already have the goal of the tournament. No need to try to beat it."

Schick had earlier given the Czechs the lead in the 42nd minute with a powerful header after muscling himself between two Scotland defenders. It was an excellent finish that came from an equally outstanding cross from right back Vladimír Coufal.

Schick has now scored 13 goals from 27 appearances for Czech Republic, a rate of about a goal every other game.

"It's a fantastic finish. Instead of assigning blame, sometimes you have to credit the goalscorer," Clarke said.

Czech Republic coach Jaroslav Šilhavý said Schick has been practicing long shots in training, and has tried to score from long range before.

"The second goal was something out of this world," Šilhavý said. "We really haven’t seen a goal like that from the middle of the field in a long time."

The Czech Republic took the lead in Group D with three points and spoiled the party for Scotland, which was returning to a major men’s soccer tournament for the first time since the 1998 World Cup.

Scotland started well, getting the ball up the field into crossing positions. Midfielder John McGinn had a good chance to score in the sixth minute, but his effort was deflected out for a corner.

The Czechs started gaining a foothold as the first half wore on, with Schick forcing a save in the 16th with a near-post effort that was palmed away by Marshall.

The home team was fired up by the 12,000 fans at Hampden Park, but it wasn't enough.

Scotland defender Kieran Tierney was sidelined for the match after picking up a minor injury in training this week. Clarke said he was hopeful that Tierney would be ready for the team’s next Group D match against England on Friday in London.

Clarke said Tierney was injured 48 hours before the match and that it disturbed the team's preparations because he's been a key part of Scotland's formation.

"It changes the dynamic of the team," Clarke said.

The Czech Republic will next face Croatia at Hampden Park on Friday.

"I'm not saying it's in the bag," Šilhavý said, "but we really only need one more point to get out of the group."