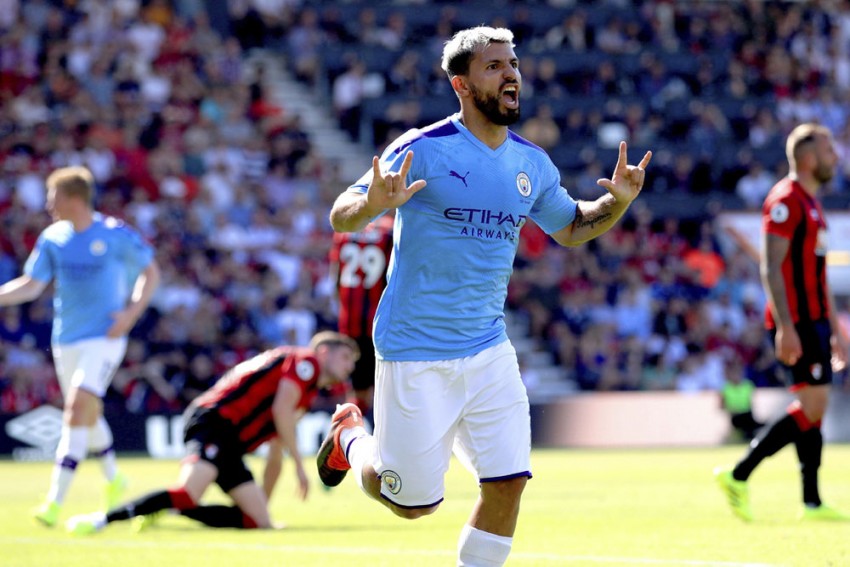 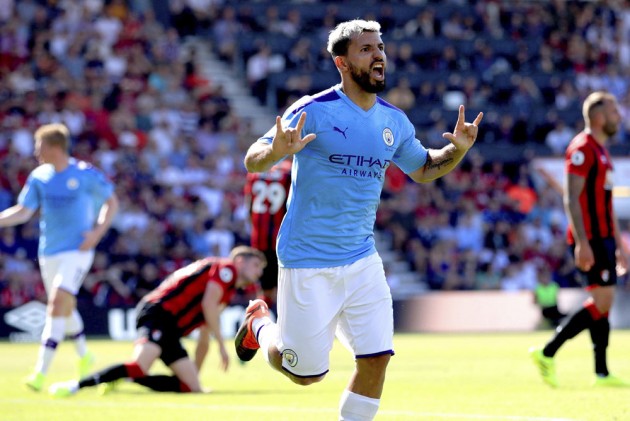 Manchester City secured a battling 3-1 win at Bournemouth to bounce back from last week's frustrating draw against Tottenham and climb to second in the Premier League. (More Football News)

The champions' latest VAR woe saw them slip two points off the pace at home to Spurs, but a display of character and quality on the south coast on Sunday ensured that setback was swiftly forgotten.

It had even looked as though City would enjoy a comfortable outing when they took a two-goal lead through Sergio Aguero and Raheem Sterling, who now has nine goals in eight league games against Bournemouth.

But after Harry Wilson struck a wonderful riposte just before half-time, Pep Guardiola's men were required to dig in for a time before Aguero netted again - his 400th goal for club and country - and City eased home.

11 - Raheem Sterling has scored 11 goals in all competitions versus Bournemouth; more than he has against any other opponent in his career. Routine. pic.twitter.com/xuPoqHXToM

Aaron Ramsdale dealt with David Silva's volley as City chased a swift second, before Bournemouth were dealt a further blow as Charlie Daniels - just back from injury - was taken off on a stretcher.

The hosts should have levelled when Nicolas Otamendi chested the ball into the path of Adam Smith six yards from goal, but Ederson blocked and City were clinical at the other end.

Silva swept a gorgeous pass into Sterling's feet and the England man's instant control allowed him to poke beyond Ramsdale.

Six minutes of stoppage time granted Bournemouth the opportunity to hit back before the break, though, and Wilson's sensational 25-yard free-kick kissed the top of the right-hand post on the way in.

A lively start to the second half saw Ederson alert to keep out the speedy Callum Wilson, before De Bruyne was surprisingly wasteful on his favoured right foot inside the area.

A VAR review did not result in a penalty for Silva when he appeared to be felled by Jefferson Lerma, but the City captain soon weaved into the box and created space for Aguero to poke in the decisive third.

What does it mean? City up for the fight

While perhaps not as dazzling as the display against Tottenham, which had Guardiola purring despite the result, this was a show of why City are champions. Bournemouth were much improved from an aimless outing in this fixture last term, but the visitors would not shirk the battle, relied on their goalkeeper when needed and finished ruthlessly.

De Bruyne assists and Aguero and Sterling goals are common currency, but so too are match-saving turns from Ederson. The goalkeeper started shakily, going into the book for clattering Callum Wilson, before making vital stops from Smith and the England striker, as well as commanding his box as City overcame the Bournemouth challenge.

52. Chances for both sides as Wilson gets in behind but @edersonmoraes93 springs into action to save well and @DeBruyneKev curls a right-footer just the wrong side of the post from inside the area.

Another injury blow for Bournemouth

The Cherries were hit by injuries in the full-back position last season, with Daniels out following an April training-ground incident. He had only made his competitive return from a kneecap operation at Aston Villa last week but immediately looked in real trouble as he stayed down after delivering a cross against City. Eddie Howe will hope for better news.

9 - Manchester City have won all nine of their top-flight games against Bournemouth – the best 100%-win record by a team over an opponent in top-flight history. Stranglehold. pic.twitter.com/fbTWykxJGy

- Bournemouth have lost four of their last seven home Premier League matches (W1 D2 L4), as many as in their previous 18 at the Vitality Stadium.
- Kevin De Bruyne registered his 50th Premier League assist in his 123rd appearance, reaching the tally in the fewest number of games in the competition's history.
- Bournemouth's Harry Wilson became the youngest player (22 years and156 days) to score in his first two Premier League appearances since Anthony Martial in September 2015 for Manchester United (19 years and 289 days).
- Manchester City's David Silva assisted twice in this game and has assisted more than once in 14 separate Premier League games – only Ryan Giggs and Cesc Fabregas have done so more often (17 games).
- Sergio Aguero and David Silva have combined for 27 Premier League goals - the only duos to combine for more are Thierry Henry and Robert Pires (29) and Didier Drogba and Frank Lampard (36).

A seemingly favourable run of fixtures sees City face Brighton and Hove Albion before the international break, with games against Norwich City and Watford to come. Bournemouth have Forest Green in the EFL Cup on Wednesday and then visit Leicester City.