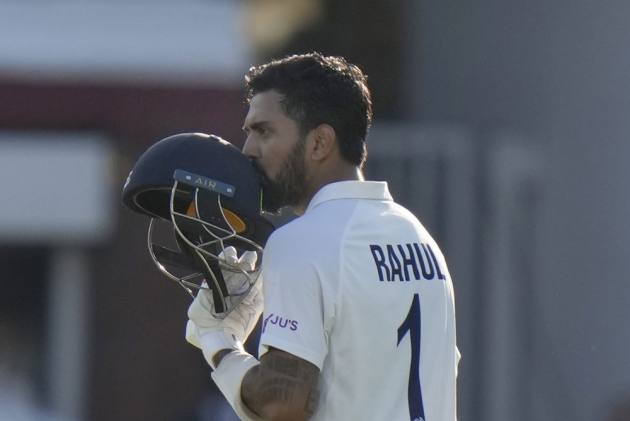 After a sluggish start, India dominated England bowlers on Day 1 of the second Test match at Lord's, London Thursday. At the draw of bails, India were 276/3 (90) with opener KL Rahul and vice-captain Ajinkya Rahane unbeaten on 127 off 248 and 1 off 22 respectively. Earlier, England captain Joe Root won the toss after a delay of some 20 minutes due to rain. The start of the match was also delayed. Then, Rahul and Rohit Sharma (83 off 145) laid a good foundation with a 126-run opening stand. Sharma, chasing his first Test ton outside India, became James Anderson's first wicket. The most successful pacer in Test history then dismissed Cheteshwar Pujara (9 off 23). But Rahul took charge with a fascinating knock and reached his 6th Test century. He and skipper Virat Kohli (42 off 103) stitched a 117-run stand for the third wicket. Kohli became Ollie Robinson's victim. India replaced the injured Shardul Thakur with Ishant Sharma while England brought in Moeen Ali, Haseeb Ahmed and Mark Wood in place of injured Stuart Broad, Dan Lawrence and Zak Crawley. The first Test ended in a draw after day five was washed out at Trent Bridge. Catch Day 1 highlights of the 2nd ENG vs IND Test match here:

3:46 PM IST: Well, another stoppage. Hopefully, a brief one. Play was just about to start, then droplets...

2:25 PM IST: India are still undecided on their XI, with both Ravi Ashwin and Ishant Sharma in contention to make the cut. Meanwhile, England have reportedly released Ollie Pope from the squad.