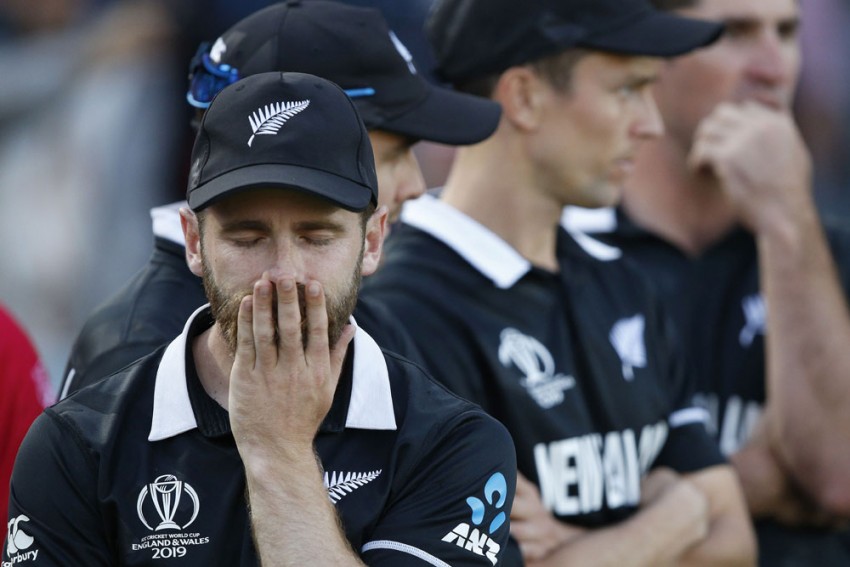 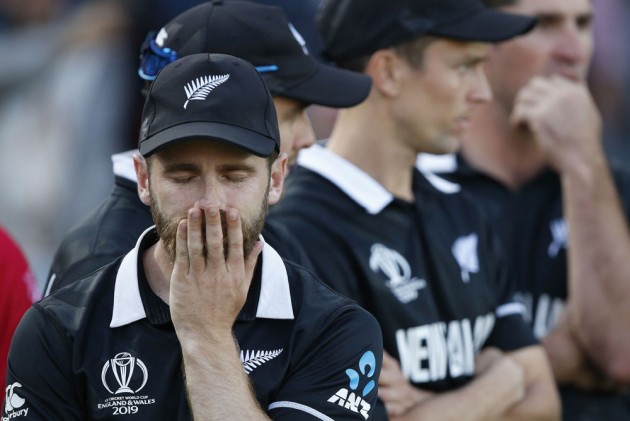 While England rejoiced, a shattered and devastated New Zealand captain Kane Williamson was left to rue the unfortunate overthrow in the last over that eventually turned the epic final in England's favour at Lord's, London on Sunday.

England needed 9 runs from the final three balls when a throw from the deep touched a diving Ben Stokes' bat and raced to the boundary ropes, giving England six runs when they should have got only two.

It impacted the equation to the extent that the heart-stopping contest stretched to the Super Over and eventually the hosts lifted their maiden World Cup trophy.

"It was a shame that the ball hit Stokes' bat, but I just hope it doesn't happen in moments like that. I don't wish to nitpick, just hope it never happens in such moments ever again," Williamson said.

"The NZ side showed a great amount of heart to get us to this point, but it just wasn't meant to be. The guys are shattered at the moment - it is devastating. It's pretty tough to swallow at this stage. But a fantastic effort from our guys," said the skipper.

Also Watch: Mayhem At Lord's As England Beat New Zealand In Super Over

"In the last over when the ball hit the bat and went for four - I apologized to Kane for that."

Williamson, who was adjudged the player of the tournament for scoring 578 runs and for his brilliant captaincy, said they were a few runs short.

"We thought runs on the board - we would have liked 10-20 more. But in a World Cup final this was a competitive total. The bowlers really put the batsmen under pressure. It had to go down to the last ball, and then the last ball of the next little match, but a great match all round."

"There were so many moments that could've gone either way, but congratulations to England - they've had an incredible campaign and they deserve it."

"I'd like to commiserate Kane and his team. The example that they lead is hugely commendable to him and his team," he said.

Morgan then appreciated the batting efforts of his colleagues Jos Buttler and Ben Stokes.

"On a tough wicket where everyone found it tough to score, Buttler and Stokes put together a partnership, and I thought that would take us deep, and it did. This has been a four-year- journey - and we find it hard to play on wickets like that. To get over the line today means the world to us."

"Full credit to the two boys who went out for the Super Over, given that they were there most recently. Archer just improves every time he goes out there. Really incredible - everyone in the changeroom today, Willey, Billings, whoever missed out on the squad - I'd like to mention them too."

Man of the match Ben Stokes, who had tears in his eyes after England completed the win, was lost for words.

"All the hardwork that's gone on in these four years, and to execute with such a good game is unthinkable. Thanks to everyone for all the support. We just kept talking during the partnership with Jos, and the run-rate wasn't getting away. It's fantastic, the lads, the family, and the support, it's just been incredible," he said.