If you are true to sport and keep working hard, you will always have a second chance, said David Warner after steering Australia to T20 World Cup title.

More from Priya Nagi
View All

There is no substitute for hard work. If there was anyone who understood the saying, it was Australia's experienced opener David Warner. (More Cricket News)

From being dropped by Sunrisers Hyderabad in the Indian Premier League 2021 to receiving the Player of the Tournament in the ICC Men's T20 World Cup 2021, Warner is a story of a veteran cricketer who rose despite facing criticism for his batting.

The left-hander stressed that he trained the hardest and didn't miss a single day going into the premier ICC event. David Warner amassed 289 runs, at a strike rate of 146.70 (from 107.73 during the IPL), to win the award as Australia lifted their maiden ICC Men's T20 World Cup trophy beating New Zealand in the final in Dubai on Sunday (November 14).

"Whatever may have been the reason for me not finding a spot in an IPL team, I can tell you I was training the hardest I ever did," Warner told the Economic Times.

"I didn't miss a single day. I was batting extremely well in the nets, and it was only a matter of time before it all started to work out. So yes, while it hurt, I knew I would have another opportunity.

"Sport is a great leveller, and if you are true to the sport and keep working hard, you will always have a second chance. I just wanted to keep working the hardest and stay true. I am glad it worked out for me. 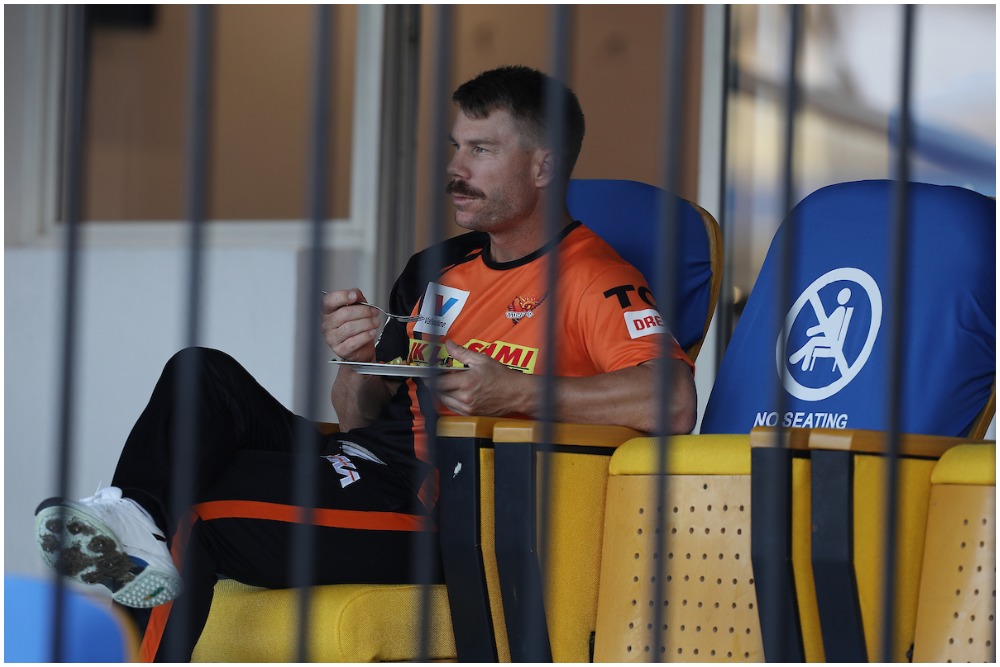 David Warner, who led SRH to their only IPL title in 2016, scored over 4,000 runs for Sunrisers Hyderabad over eight seasons. He was, however, replaced by New Zealand's Kane Williamson as captain in May after he had a disappointing season with 195 runs in eight matches at an average of 24.37.

Eventually, Warner was dropped by SRH after featuring in just two games out of seven in the UAE.

"When you are dropped from the team you have loved the most for years without any real fault of yours and stripped of captaincy without being given a reason, it hurts. At the same time, there are no complaints.

"The fans in India have always been there for me, and it is for them that you play. We play to entertain. We play to push for excellence," Warner said.

Heading into the T20 World Cup, David Warner's struggle with bat continued as he couldn't make the most of the warm-up games as well as first two matches of the SUper-12 stage. He found his rhythm on time in the do-or-die match against West Indies and carried the momentum in the final against New Zealand.

"It is one of the happiest moments of my life," Warner said.

"Before the tournament started, I had told you that we were ready. We had a very good team, and every member was determined to leave a mark. Thereafter, we peaked at the right time and once we peaked and everyone started doing their part, there was no looking back. We have an amazing bunch here and can't tell you how happy everyone is."

With the Indian Premier League retention deadline being November 30, it remains to be seen whether SRH will retain David Warner or not.