Toni Kroos' shot deflected in off team-mate Eden Hazard in added time to salvage a point for Real Madrid, though they missed the chance to go top in Spain 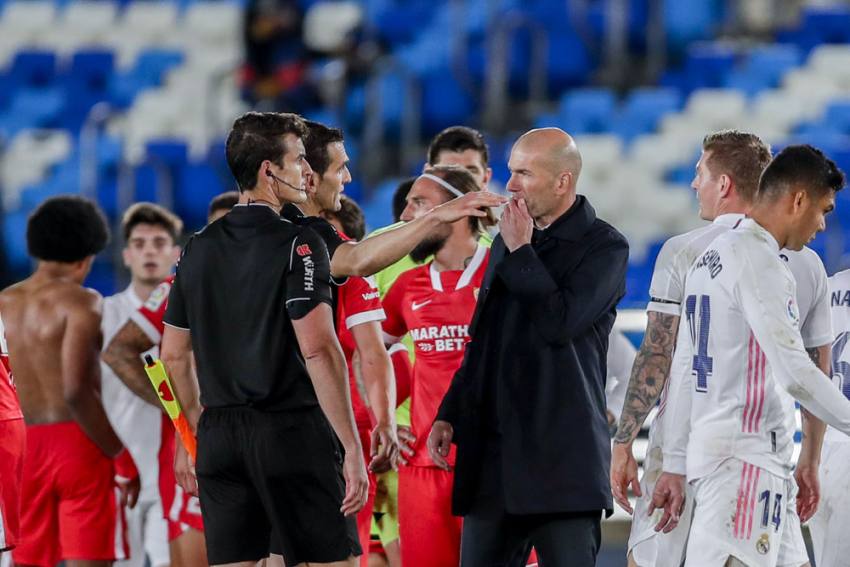 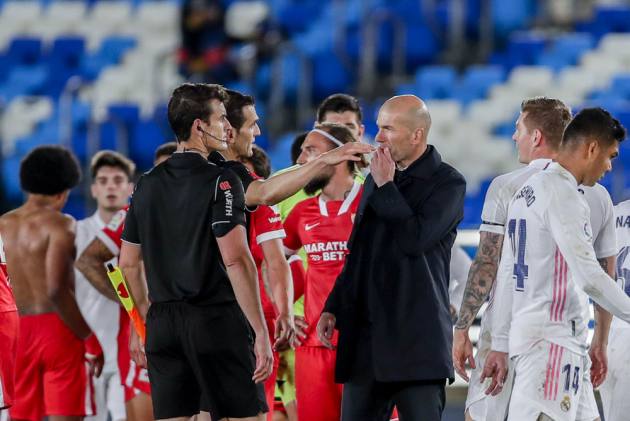 Real Madrid will require a helping hand if they are to defend their LaLiga crown despite Toni Kroos' late deflected strike rescuing a 2-2 draw at home to Sevilla, whose own hopes now appear over. (More Football News)

Ivan Rakitic had seemingly secured Sevilla a win that would have blown the title race wide open by scoring a late penalty, but deep into second-half stoppage time Kroos saw a hopeful shot hit team-mate Eden Hazard and end up in the net.

Sevilla had taken the lead in the first half thanks to a lovely goal from Fernando, and they were good value for it against a Madrid side that still appeared to be labouring from their Champions League disappointment in midweek – their only moment of excitement coming via a disallowed Karim Benzema header.

They improved in the second period and levelled through Marco Asensio, that goal looking like the catalyst they needed to claim the win that would have put them top, but a switch that saw VAR overturn a Madrid spot-kick because of an incident in the opposing area left Zinedine Zidane's side in trouble.

Although able to cancel out Rakitic's successful kick, the result does Los Blancos little good as they are left two points adrift of leaders Atletico Madrid with just three games remaining.

After seeing Sevilla dominate the ball in the early exchanges, Madrid thought they had taken the lead against the run of play as Benzema nodded home from an Alvaro Odriozola cross, but a VAR review proved the right-back had strayed offside.

Madrid had no such escape at the other end a little later, Fernando showing great composure to sidestep Casemiro and smash home after Rakitic had cushioned a Jesus Navas cross into his path.

It was not until the second half that Madrid looked like levelling and Vinicius Junior wasted a glorious chance just past the hour, somehow turning Kroos' pass wide a few yards from goal.

But Asensio, only on the pitch for just over a minute, got the equaliser soon after, applying a tidy finish after being found unmarked in the box by Kroos.

Madrid looked all set to go on and seal victory when Benzema led a break and was fouled in the area by Sevilla goalkeeper Yassine Bounou, but the visitors were handed the sweetest of reprieves as a review showed Eder Militao had handled at the other end, allowing Rakitic to put Julen Lopetegui's team back in front.

The hosts piled the pressure on in the latter stages, Kroos seeing a long-range effort deflect off substitute Hazard and beat the helpless Bounou to restore parity again, but there was to be no final salvation for Madrid.

What does it mean? LaLiga is Atletico's to win

What a match. What a title race. This has been the most gripping title race in LaLiga arguably since 2007, when Madrid, Barcelona and Sevilla all went into the final day of the season knowing they could be champions.

While it looks as if Sevilla's valiant race is run as they stay six points adrift of the summit with three games left, Madrid are still alive. Still, a win here would have put Zidane's men top – the title would have been in their hands, theirs to win or throw away.

Theoretically, Madrid have the trickiest run-in of the top three as well, as they still have to go to Granada and Athletic Bilbao, who have beaten Sevilla and Atletico recently, before hosting Unai Emery's Villarreal on the final day of the season.

Kroos takes the game by the scruff of the neck

While Benzema's work-rate and leading of the line was impressive, much of the praise for Madrid will be laid at the feet of Kroos, who was central to many of the hosts' better passages of play. After all, he teed up Asensio for the first equaliser with one of his three key passes (bettered by no other player), and it was his shot that brought their second.

We cannot be too harsh on any Sevilla players as they did not do a great deal wrong in general, but Lucas Ocampos was frustrating to watch here. His decision-making was routinely poor, overcomplicating things for himself and others, while he only made one key pass. His solitary shot was also blocked by Militao having been released into the area – a first-time effort was the obvious choice, but he opted against it and Madrid survived.

- Sevilla have only lost one of their past six away matches against teams from Madrid in LaLiga (W3 D2).  That sole defeat was 2-0 against Atletico in January.
- Real Madrid have not lost in 15 LaLiga games (W10 D5) - they had kept a clean sheet in the previous four outings. Only on one previous occasion have they kept five consecutive clean sheets in the competition with Zinedine Zidane as coach (in July 2020).
- Los Blancos have conceded eight penalties in LaLiga this season, their joint-highest tally in a single campaign since 2003-04 (also eight in 2018-19).
- Kroos has made 54 assists in LaLiga. Since his arrival to Real Madrid, only Lionel Messi (98) and Luis Suarez (71) have provided more than the German (Karim Benzema also 54).
- Rakitic has had a hand in seven goals in his last eight visits to Real Madrid in LaLiga (five goals and two assists). The Croatian has scored four goals in this LaLiga season, his best tally in a single campaign since 2016-17.

Madrid go to Granada on Thursday, while Sevilla host Valencia the day before.