India crashed to a semifinal defeat at the hands of New Zealand in their Cricket World Cup semifinal clash at Old Trafford. The Men in Blue will be departing England on the day of the final, July 14. 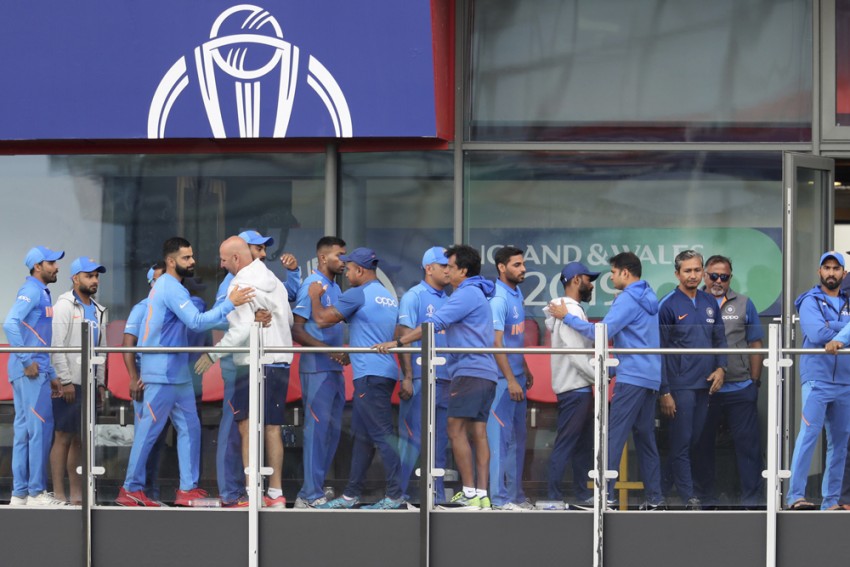 The side went down by 18 runs to New Zealand in its last-four stage clash, which lasted two days owing to inclement weather in Manchester.
AP
Outlook Web Bureau July 12, 2019 00:00 IST Cricket World Cup: India To Leave England On July 14 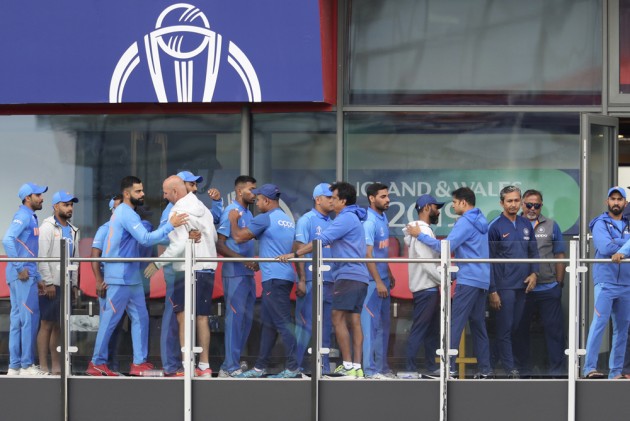 The Indian cricket team, which lost in the semifinals to New Zealand of the ongoing Cricket  World Cup, will head home on July 14. The players are currently in England.

The side went down by 18 runs to New Zealand in its last-four stage clash, which lasted two days owing to inclement weather in Manchester.

"All players have dispersed. They will assemble in London tomorrow. On 14th everyone is returning together from London. They will arrive in Mumbai," a BCCI source told PTI.

The World Cup final is scheduled to be held on the same day between hosts England and New Zealand. England knocked out defending champions Australia on Thursday.

Earlier, there was speculation that some Indian players will take a break after a gruelling seven weeks on the road during the World Cup.

All eyes will be on Mahendra Singh Dhoni, who is expected to lay out his future plans upon return amid speculation that he might retire from international cricket.

It is learnt that the 38-year-old will leave for his hometown Ranchi after arriving in Mumbai.

The wicketkeeper-batsman had an average World Cup, scoring a 50 in the semifinal loss, which is being considered his last outing in national colours.

The former captain, who led India to two world titles (the 2007 World T20 and the 2011 ODI World Cup), has been facing severe criticism for his waning finishing skills with the bat.

Skipper Virat Kohli has, however, refrained from making any statement on the senior player's future.

"He hasn't told us anything," was Kohli's response to a query on Dhoni's future after the loss to New Zealand.