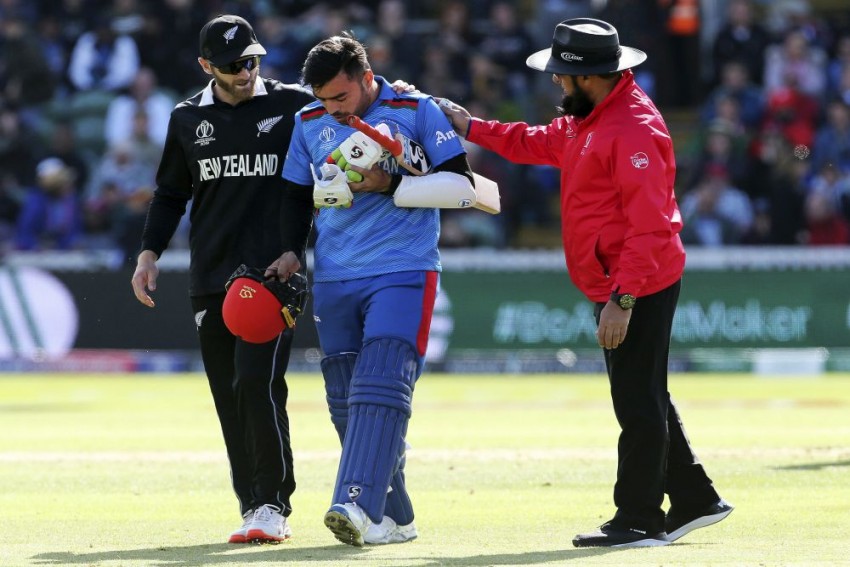 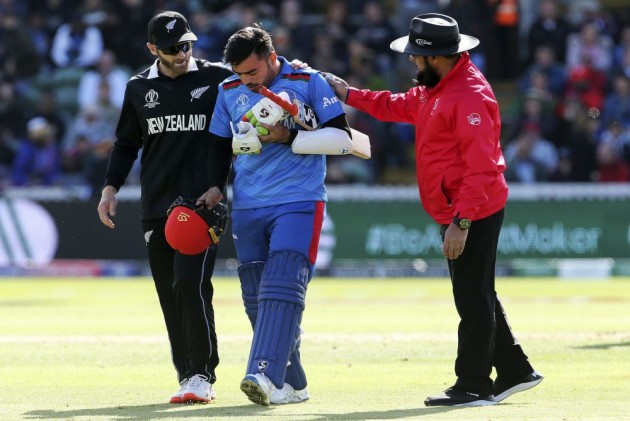 Afghanistan captain Gulbadin Naib is expecting his main strike bowler Rashid Khan to be fit for the side's next 2019 Cricket World Cup game against South Africa on June 15, following a blow to his head while batting against New Zealand. (HIGHLIGHTS | SCORECARD | FULL SCHEDULE)

Spinner Rashid did not come out to bowl after being hit on the head by a sharp Lockie Ferguson bouncer in the first innings. Afghanistan eventually suffered their third loss in a row here on Saturday.

Rashid underwent a concussion test and thereafter it was decided that he would not take the field for the remainder of the game. However, Naib is not too worried over Rashid's fitness as Afghanistan's next game is a week away, giving him plenty of time to recover.

"He's feeling now better. The doctor said don't go to the field but now he's feeling well. So he needed rest. So obviously we have a couple of days. He's fine now," Naib said after the seven-wicket loss to New Zealand.

"I asked the physio if he needed rest, some headache. We have a rest of one week for the other game. So now he's feeling well. So he should go to hospital and check for some tests. He's well. Afghani people is strong. So it's just a small thing," he added.