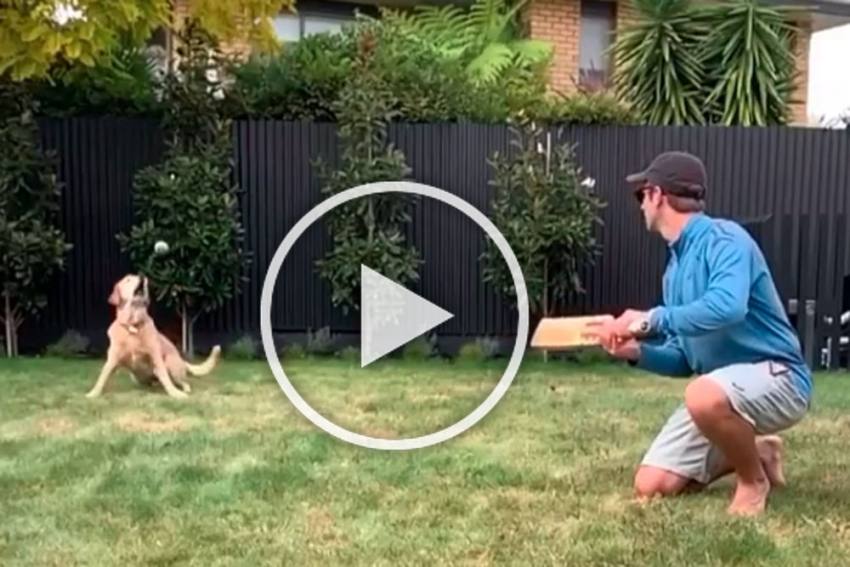 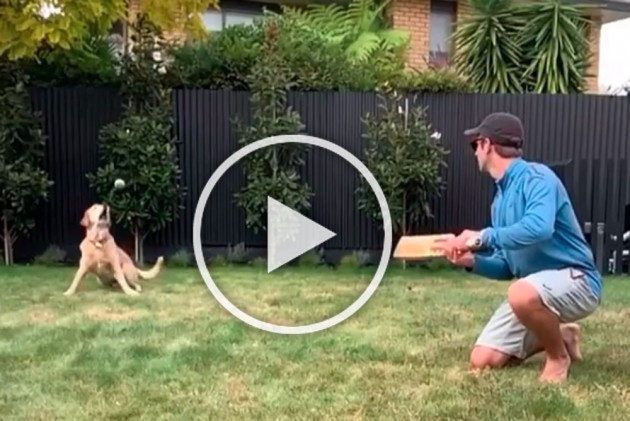 New Zealand captain Kane Williamson has been giving his pet dog some slip catching practice, if his Instagram post is anything to go by. Williamson on Friday posted a slow-motion video of him laying the ball off for his labrador who makes no mistake in catching it.

"Sandy in the slips! Any other dogs out there joining Sandy? #caninecordon #daytwoisolation (sic.)" said Williamson.

Williamson had earlier praised his country's doctors and medical professionals who were working in the fight against coronavirus.

"Events of the past few days have made it clear we're living through a health crisis the likes of which we've never seen. There will no doubt be times in the coming days when the scale of what we're facing will seem overwhelming," he wrote.

"We're so grateful you have our backs. People talk about the pressure sportsmen and women are under to perform, but the truth is we get to do something we love every day for a living. We play games," he noted.

The coronavirus pandemic has claimed over 20,000 lives thus far and over 4 lakh cases have been reported around the world. Williamson and the Blackcaps had played Australia at the Sydney Cricket Ground in front of empty stands on March 13 post which the rest of the series was called off as New Zealand started imposing travel restrictions to fight the pandemic.