A decision about when the German Bundesliga can resume is expected on April 17, which could make it the first of Europe's top leagues to return 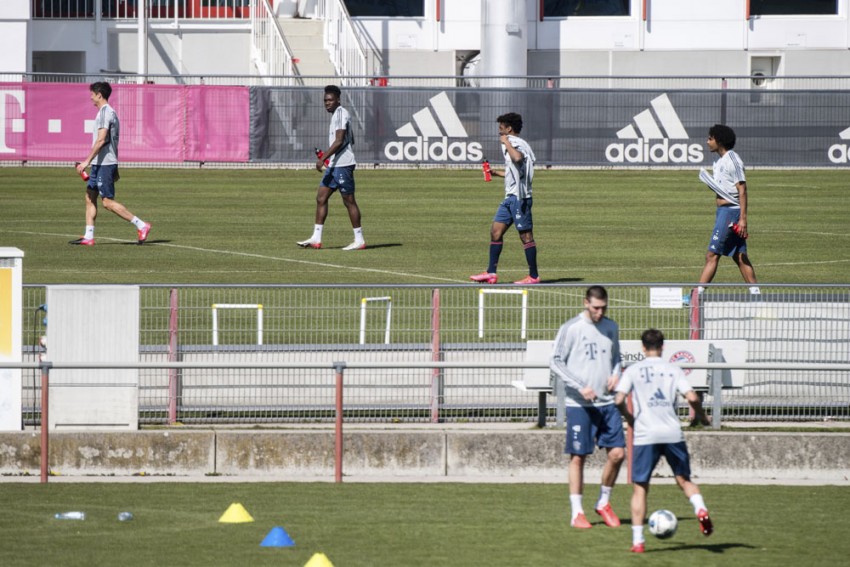 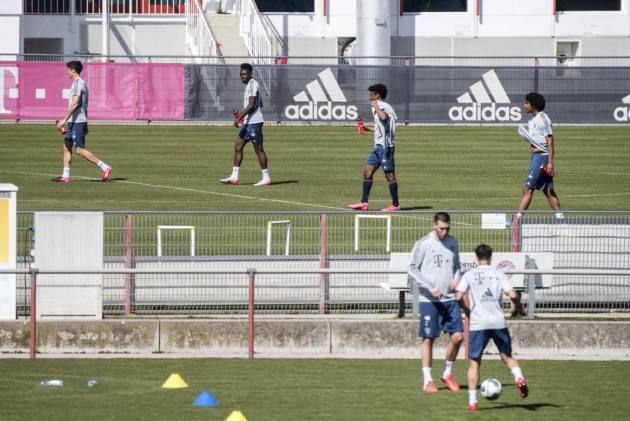 Wearing gloves for hygienic reasons and observing social distancing on the pitch are among the challenges facing Bundesliga footballers back in training this week amid hopes the league could resume next month.

Most of the 18 clubs in Germany's top-flight returned to their clubs on Monday, albeit in small groups with limited contact to meet health guidelines due to the coronavirus.

League matches in Germany have been suspended since March 13.

The German Football League (DFL) is in talks with the clubs and authorities about the Bundesliga resuming on May 2, but with matches played in front of empty terraces and fans locked out while public events remain banned in the country.

A decision about when the competition can resume is expected on April 17, which could make it the first of Europe's top leagues to return.

Meanwhile, the league's stars are adjusting to training in the era of social distancing.

Defending champions Bayern Munich, who were four points clear when the league was halted, were typical of sides in holding sessions in small groups.

Contact is kept to a minimum with hugs of greeting and handshakes banned and players staying 1.5m apart, even on the training pitch.

"It was a very unusual feeling to train in small groups," admitted Bayern captain Manuel Neuer with a maximum of five players per group permitted at their state-of-the-art training complex.

Like most other clubs, Bayern's squad members were told to shower elsewhere and handed post-training snacks in a box to eat at home.

"For hygienic reasons, we have to wear gloves, even though it's 22 degrees (Celsius)," said forward Maximilian Arnold.

"Of course it's necessary, but also a bit funny." Tackling and close-quarter challenges for the ball are frowned upon at all outfits.

"I would love to tackle, but I can't do that now," said Hoffenheim defender Havard Nordtveit.

Previous weeks at home, in many cases filled by hours on the PlayStation games console, had left a toll.

"My ball control was never perfect, but you can tell that a few team-mates have not trained with the ball for three weeks," Nordtveit added.

"The most important thing, is to keep working on our fitness now and be ready" should the season resume.

In Berlin, Union defender Christopher Lenz was just as happy to have team-mates to pass to again and "have a real ball" at his feet.

"I missed the boys. The PlayStation had been my best friend".

After weeks of training individually, or in online groups like Bayern did, most players were pleased to be back on a pitch, despite the new hygiene measures.

"It's a nice feeling" to "play a bit of football and see the colleagues again," Fortuna Duesseldorf forward Rouwen Hennings said.

"Of course you can't put in hard tackles or challenges, but I think it's quite well regulated for the here and now." In Gelsenkirchen, Schalke coach David Wagner said his squad were happy to be put through their paces.

"The fitness coaches can really let off steam, and the boys are up for it too," said the former Huddersfield boss.

"Anything is better than running alone through the forest." However, players training in small groups offers an extra advantage for eagle-eyed coaches.

"Nobody can hide," said Duesseldorf coach Uwe Roesler with any lack of fitness quickly showing up.