Neymar and Marquinhos put Manchester United's progression into the last 16 of the Champions League on hold as Paris Saint-Germain earned a 3-1 win. 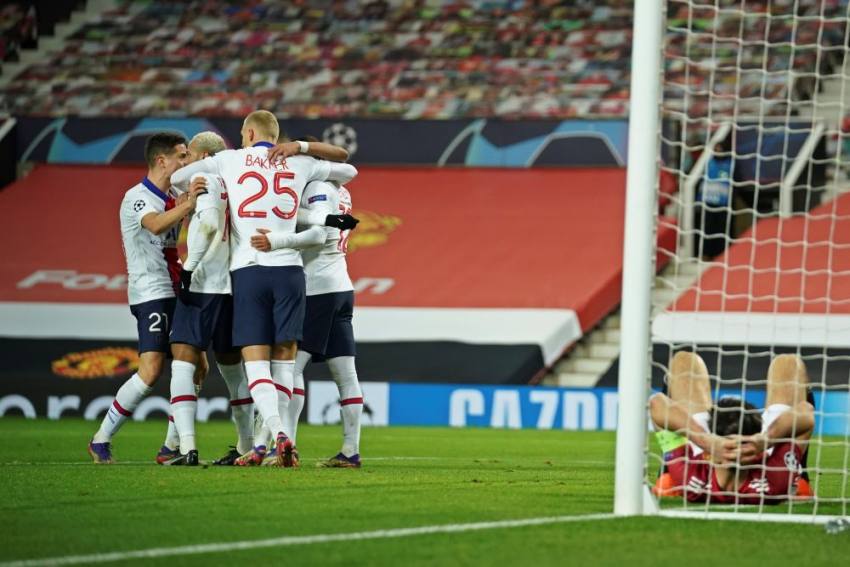 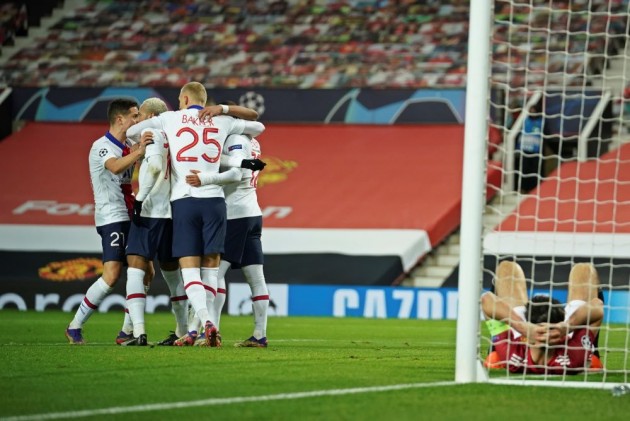 Neymar and Marquinhos put Manchester United's progression into the last 16 of the Champions League on hold as Paris Saint-Germain secured a 3-1 win at Old Trafford.  (More Football News)

Marcus Rashford scored in his third successive Champions League appearance against PSG to restore parity following Neymar's opener, which was the quickest goal United have conceded in the competition since September 2015.

Anthony Martial missed a glaring chance to complete the turnaround and Edinson Cavani hit the crossbar against his former club, with United made to pay when Marquinhos prodded PSG back in front, his effort standing after a long VAR check.

Fred, who had been fortunate to escape a red card in the first half, received his marching orders for a tackle on United old boy Ander Herrera not long after the second goal, with PSG sealing the victory when Neymar tucked home in added time.

United had thrived on the counter in previous games between the teams but were caught out on the break themselves six minutes in.

Mbappe thumped a strike into a crowd of red shirts, with Neymar on hand to lash home the rebound from an acute angle.

Matters looked set to get worse for United when Fred appeared to headbutt Leandro Paredes, yet despite checking the incident on the pitch-side monitor, referee Daniele Orsato only brandished a yellow.

PSG's frustration was compounded just after the half-hour – Rashford keeping up his fine run against the Ligue 1 club when his shot deflected in off Danilo Pereira.

Rashford turned provider four minutes into the second half only to see Martial slice over, before he then saw a goal-bound strike blocked by Marquinhos after Cavani's lob struck the bar.

PSG's captain was involved at the other end seven minutes later when his header hit the woodwork, before De Gea pulled off a brilliant stop to deny Mitchel Bakker.

However, United conceded from the resulting corner, Marquinhos nudging in from point-blank range after Abdou Diallo had kept the attack alive, with Fred's second booking soon after ruining United's hopes of another comeback.

Mbappe squandered a golden chance to make it 3-1 himself but atoned when he played through Rafinha, who kept his cool to tee up Neymar.

What does it mean? All to play for in the group

United, PSG and RB Leipzig now all sit on nine points heading into the final matchday. Ole Gunnar Solskjaer's side – who travel to Germany next week – still only need a point, regardless of what last season's runners up do in their home clash with Istanbul Basaksehir.

A draw against the Turkish side will guarantee PSG's place in the knockout stages.

Neymar will take the headlines for two brilliantly taken goals, which came with two of his three attempts, all of which were on target, but compatriot Marquinhos was equally impressive.

Fred, Martial made to pay

It was far from the same story for United's Brazilian representative in Fred, who escaped in the first half before eventually seeing red, albeit for a challenge which seemed a fair one. In total, the combative midfielder conceded four fouls, second only to Scott McTominay.

Martial, meanwhile, had two fantastic chances to put United into the lead early in the second half, yet failed on both occasions.

United will aim to secure a fourth straight Premier League victory when they take on West Ham – and their former manager David Moyes – on Saturday, while PSG visit Montpellier.