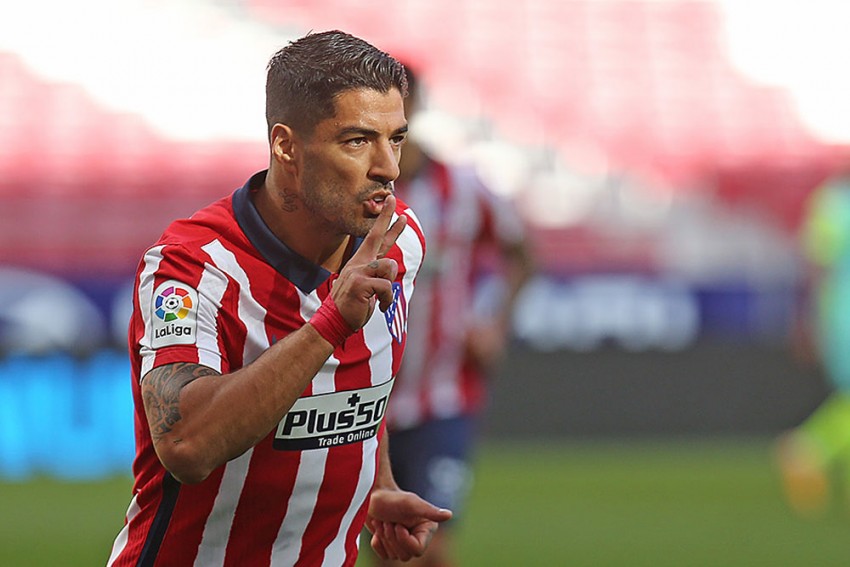 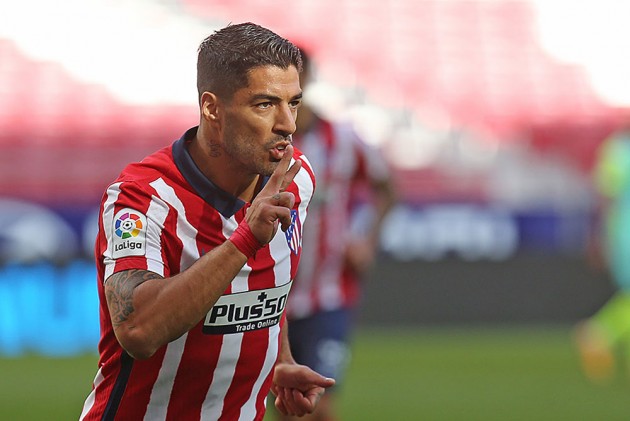 Atleti lost 4-0 to Bayern Munich on Wednesday - their joint-heaviest defeat under Simeone - but were back to their solid defensive selves in Saturday's clash, which was won with two second-half goals.

After a balanced opening 45 minutes in the Spanish capital it took just 19 seconds for Llorente to open the scoring in the second half with a smart finish from a tight angle.

Suarez added a late second to seal a victory that lifts Atletico up to third, two points off leaders Real Madrid with a game in hand to play, after Betis had been reduced to 10 men for Martin Montoya's red card offence.

Our BEST EVER streak in @LaLigaEN

No team had attempted more shots in LaLiga this term than Betis heading into this weekend's games and the visitors twice tested Jan Oblak in the opening 15 minutes.

Oblak has only conceded one goal this season, however, and he was equal to William Carvalho's header and Nabil Fekir's long-range curler.

Atleti had a couple of good chances of their own in the first half, both falling to Suarez, who dragged wide from 12 yards and then missed the target after racing through on goal.

But the hosts made the breakthrough early in the second period through Llorente, the versatile attacker catching out Claudio Bravo at his near post for his second goal of the season.

Oblak was again required to block Antonio Sanabria's poked attempt but Betis' hopes of a rare point in this fixture were effectively ended when Montoya brought down Yannick Carrasco and was issued a red card following a VAR check.

Bravo did well to keep out Carrasco from a one-on-one but Suarez tapped home a second goal for Atletico in the first minute of added time following some good play from substitute Renan Lodi to tee him up.

What does it mean? Atletico respond with trademark display

Simeone admitted the thrashing at the hands of European champions Bayern left a "bad taste" in his mouth as he challenged his players to quickly respond.

They did that here with what can best be described as a trademark Atletico display, stifling their opponents and scoring a couple of goals in a much improved second half.

Atleti had no shots on target in the opening 45 minutes but forced four Bravo saves after the interval and found the net twice, despite seeing just 40 per cent of the ball overall.

Simeone has fielded Llorente as a second striker this season and that decision has massively paid off. The Real Madrid academy product has now scored seven goals and set up five more in all competitions in 2020 - more than any other Atleti player.

He gave Bravo the eyes and found the back of the net from a very tight angle via his only shot in the entire contest, though he did give the ball away 13 times - only Kieran Trippier (17) did so more often for the home side.

Persistence pays off for Suarez

The Uruguay international has scored more goals against Betis (11) than any other LaLiga opponent but it looked like being a day of frustration for large parts of the contest.

Suarez, who missed a couple of good chances in the first half, finally found a way through from his seventh attempt to make it goals in back-to-back league outings.

- Under Diego Simeone, Atletico have only lost one of their last 16 LaLiga games versus Betis (W12 D3), with that defeat coming away from home in February 2019.

- Atleti have conceded just one goal after five LaLiga games this season - their best start in terms of goals conceded at this stage since 1995-96 (also one), when they won the title.

- Llorente's goal 19 seconds after the restart was the fastest in the second half of a LaLiga game this season and Atletico's quickest since February 2017 against Sporting Gijon (12 seconds).

- Atletico are unbeaten in their last eight home league meetings with Betis, all since Simeone joined the club, and have kept a clean sheet in seven of those matches.

Atletico host Salzburg in the Champions League on Tuesday, while Betis are back in LaLiga action a week on Sunday with a home match against Elche.