Sports Ashes 2019: James Pattinson Says Australia Would Be In Trouble Without Steve Smith

Ashes 2019: James Pattinson Says Australia Would Be In Trouble Without Steve Smith

James Pattinson said Australia would be "in a bit of trouble" in the Ashes without Steve Smith as he backed the star to rescue the tourists yet again. 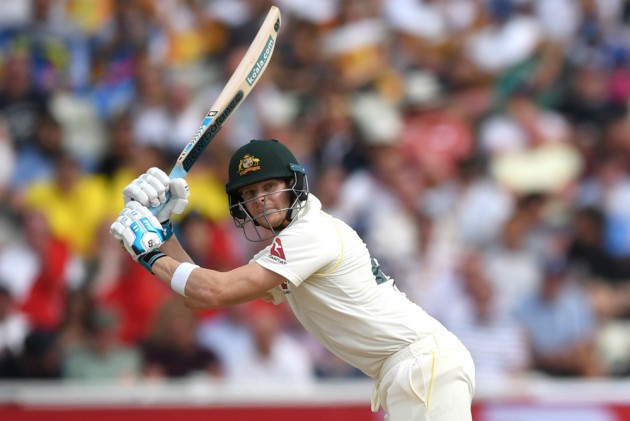 James Pattinson said Australia would be "in a bit of trouble" without Steve Smith as he backed the star batsman to rescue the tourists yet again in the Ashes.

Smith has kept Australia alive against England at Edgbaston, where the Aussies hold a slim 34-run lead heading into day four of the opening Test.

After marking his Test return with a stunning 144-run knock following a 12-month ban for his role in the ball-tampering scandal, Smith thwarted England again via an unbeaten 46 to lead Australia to 124-3 at stumps on Saturday.

Smith teamed up with Travis Head (21 not out) after England reached 374 and a lead of 90 as Australia paceman Pattinson hailed the country's former captain.

"I was talking to a bit of press before about great players, they always stand up when you need them and I think he's done that this game," Pattinson said. "Without him we'd be in a bit of trouble.

"He's a fantastic player and to do it after everything that he's been through. He's been copping a bit from the crowd which has amused a lot of people.

"But to his credit he just gets on with it and he's a fantastic player. He's someone who lifts the group when he's out there. He's an unbelievable player."

ICYMI: Report, highlights from another terrific day of Test cricket as the #Ashes opener heats up: https://t.co/bTsUEUn1XX

There was a nervy moment when Smith was hit on the head by a Ben Stokes bouncer in the 29th over of Australia's second innings.

"It was quite a good reaction from him [Smith], wasn't it?," Pattinson told reporters.

"We had a little bit of a chuckle in the dressing-room. He always puts a bit of mayo [exaggerates] on things. He's a fantastic player and he seems to be fine now."