Australia lead the first Ashes Test at Edgbaston by 34 runs after day three, with Steve Smith well set to give England a difficult chase 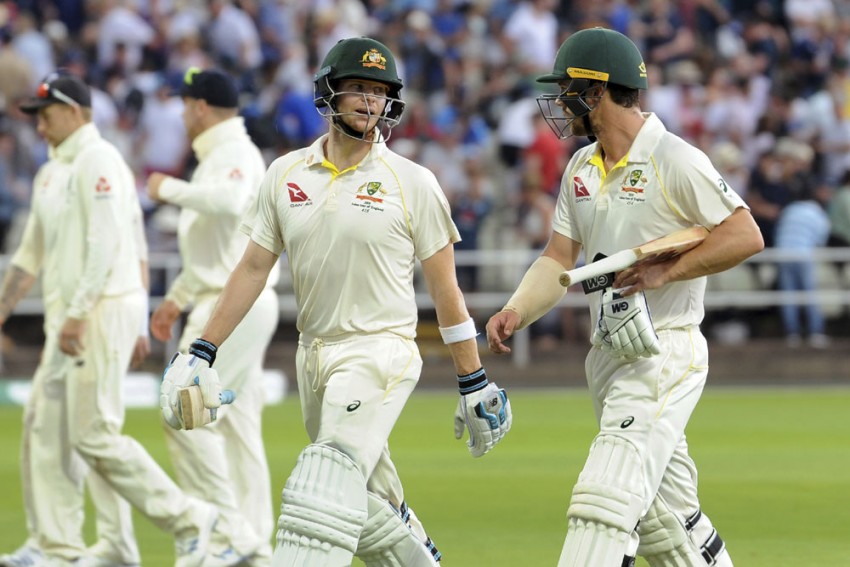 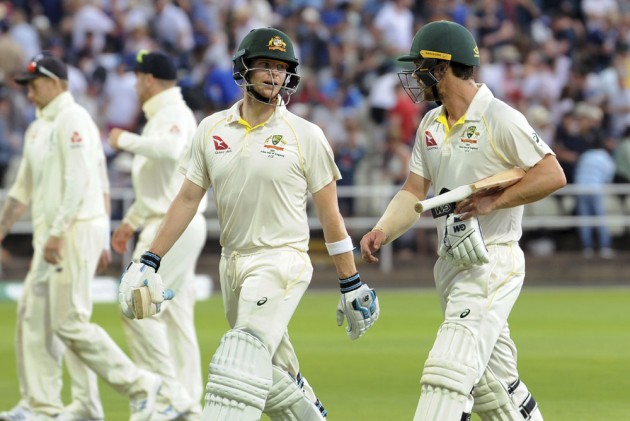 England made early inroads in the second innings at Edgbaston but face the spectre of another possible marathon innings from Steve Smith with the first Ashes Test in the balance at Edgbaston, Birmingham.

The hosts started day three in a commanding position, 267-4 in response to 284, but may have been disappointed not to make that superiority tell to a greater extent on day three.

Rory Burns only added eight to his overnight total of 125 and, while Ben Stokes reached 50, the loss of four wickets for 18 runs left Chris Woakes needing to lead a recovery effort to take England to 374 all out and a lead of 90.

David Warner fell for his second single-figure score of the match before Cameron Bancroft again departed cheaply and Usman Khawaja went to a stunning delivery from Ben Stokes, but Smith - whose 144 in the first innings rescued Australia - continues to prove the immovable object.

His unbeaten 46 and stand of 49 with Travis Head (21 not out) took Australia to 124-3 and a lead of 34 when bad light stopped play, an advantage they would not possess had England's middle-order displayed greater resistance.

The saviour of England's World Cup final win, Stokes looked primed to play another talismanic role when he reached 50 off 95 balls but the next delivery saw him nick Pat Cummins (3-84) behind.

Jonny Bairstow slashed Peter Siddle (2-52) to first slip in the next over to leave England in trouble on 300-8, but Woakes (37 not out) and Stuart Broad (29) combined for a ninth-wicket stand of 65.

Broad had tempered the sense of adventure that usually comes with his spells at the crease but could not resist temptation when he flicked a Cummins short ball to fine leg.

The injured James Anderson supported Woakes well until his ill-advised decision to sweep Lyon ended an innings that promised more, but England were soon celebrating again when Warner clipped Broad behind.

Warner was out on review after an inexplicable error from umpire Joel Wilson, but DRS was not required to send Bancroft walking after he pushed Moeen to short leg.

Khawaja and Smith looked well set before bowling brilliance from Stokes removed the former, and it will likely take something similarly special to dislodge Smith on day four as England try to set up a manageable chase.

Though he got the wicket of Bancroft, the continued selection of Moeen has to be called into question after another batting failure.

He lasted just five balls and misread a straight delivery from Lyon, with calls for Sam Curran - who has a track record of scoring valuable lower-order runs - to replace him at Lord's sure to follow regardless of this result.

HOW DO YOU GET STEVE SMITH OUT?

That is the question England will be asking as they look ahead to day four. Smith again looked imperious against pace and spin as he moved towards his 25th Test half-century.

For a man playing his first Test since March 2018, Smith's defences have never looked better. If England don't find a way through they will be looking at a very tricky chase.

England's impetus with the ball in the afternoon session looked to be evaporating as Khawaja and Smith put on 48 for the third wicket, but Stokes injected life back into the Edgbaston crowd with a stunning inswinging ball to remove the former.

The searing scrambled-seam delivery drew a faint edge and Khawaja had no choice but to walk. The definition of a jaffa.