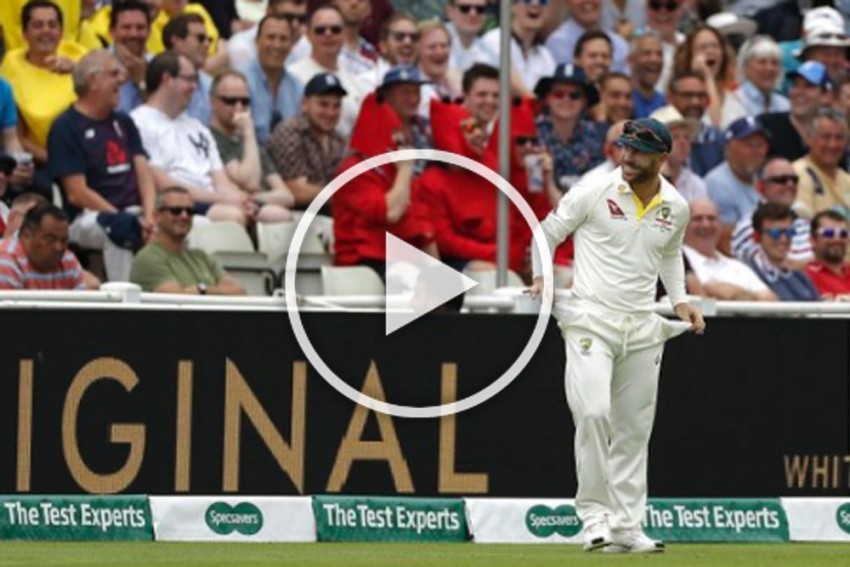 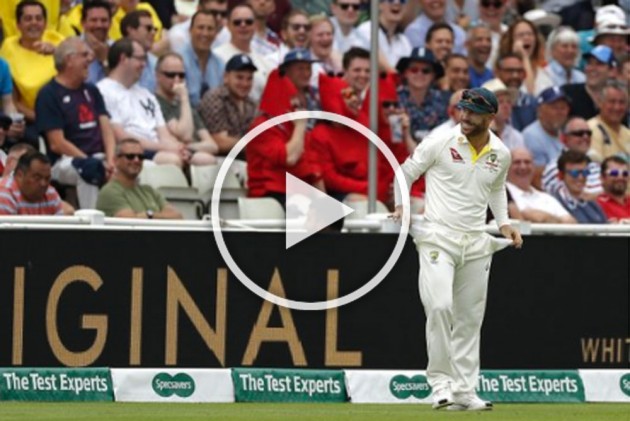 David Warner joined in the Ashes fun at Edgbaston after England fans goaded the Australia opener over his ball-tampering suspension.

Former captain Steve Smith, Cameron Bancroft and Warner are playing their first Test since being banned for their part in a plot to use sandpaper to alter the state of the ball in a match against South Africa in Cape Town last year.

Warner has long been a target for supporter ire in this famous old rivalry and when he was sent to the field in front of the Hollies Stand during England's innings on Saturday, he was serenaded with choruses of "he's got sandpaper in his hands!".

The 32-year-old responded by holding out his empty palms, earning applause from the locals, before continuing the merriment by turning out his pockets.

Warner having some fun with the fans at Edgbaston! #Ashes pic.twitter.com/8cerw03QH9

England made early inroads in Australia's second innings but face the spectre of another possible marathon innings from Steve Smith with the first Test in the balance.

The hosts started day three in a commanding position, 267-4 in response to 284, but may have been disappointed not to make that superiority tell to a greater extent on day three.

Rory Burns only added eight to his overnight total of 125 and, while Ben Stokes reached 50, the loss of four wickets for 18 runs left Chris Woakes needing to lead a recovery effort to take England to 374 all out and a lead of 90.

Warner fell for his second single-figure score of the match before Cameron Bancroft again departed cheaply and Usman Khawaja went to a stunning delivery from Stokes, but Smith - whose 144 in the first innings rescued Australia - continues to prove the immovable object.

His unbeaten 46 and stand of 49 with Travis Head (21 not out) took Australia to 124-3 and a lead of 34 when bad light stopped play, an advantage they would not possess had England's middle-order displayed greater resistance.