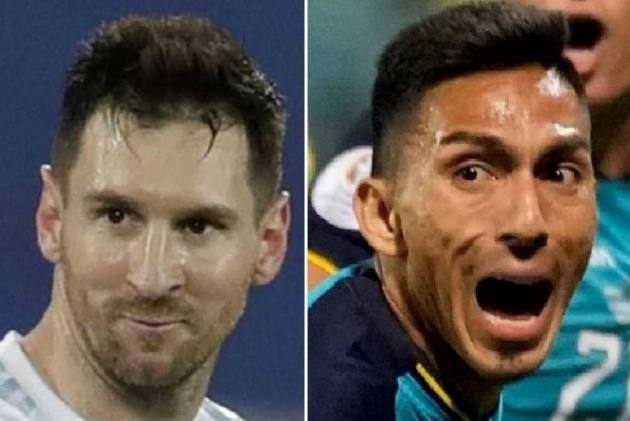 Lionel Messi and Argentina are now at the business end of the Copa America. Messi is chasing his first international trophy and face Ecuador in the knockout quarterfinal clash in Goiania, Brazil, on Saturday. (More Football News)

Argentina finished at the top of the group and will face the winners of Uruguay-Colombia in the semifinals.

Brazil, another title favourite, are through to semifinals with a 1-0 win over Chile.

They meet Peru who defeated Paraguay on penalties.

Argentina have secured three wins and one draw in the group stage, Messi have been among goals breaking the record of most numbers of international appearances for Argentina. Messi has scored three goals in the four games. There are some injury concerns for Argentina with coach Lionel Scaloni under pressure to make a few decisions before the encounter at Olimpico Stadium in Goiania.

Defender Cristian Romerois carrying an injury to his left knee and Scaloni has already named his replacement Germán Pezzella. There will be a tossup between Nicolás Tagliafico and Marcos Acuña for left back, while midfielder Leandro Paredes is expected to play.

Ecuador are yet to win a match after three draws and a loss, but Argentina coach Lionel Scaloni has “maximum respect” for the team coached by his countryman Gustavo Alfaro.

Alfaro too has injury concerns with Moises Caicedo who was substituted in the first half of the  last game against Brazil.

Angel Mena, who replaced Caicedo scored the vital equalizer and is likely to retain his place in the playing XI.

“Ecuador is a dynamic, quick team, which could it make it hard for anyone. They have interesting players,” Scaloni said.

The winner of this match will face Colombia or Uruguay in the semifinals.

~ Argentina never lost against Ecuador in CONMEBOL Copa América in 15 games (W10 D5). The Argentines have scored against the Ecuadorians in 13 of these 15 games. However, this will be the first meeting between both teams in the knockout stage in the competition.

~ Argentina havethree cleen sheets in the last five games against Ecuador in CONMEBOL Copa América (W3 D2). In this period the albiceleste has scored 12 goals and only conceded two goals.

~ Ecuador have only lost one of the last five games in the CONMEBOL Copa América. However, they have winless in these five matches, with four draws(three in a row).

~ Argentina is the only team with a direct free kickgoal in the CONMEBOL Copa América so far: Lionel Messi scored this goal against Chile at the start of the competition.

~ Argentina´s player, Lionel Messi, is the player with most dribbles completed in the current CONMEBOL Copa América (22). (Inputs from Stats Perform)