Ambati Rayudu retired from all forms of cricket on Wednesday. He was quite a popular cricketer in IPL. 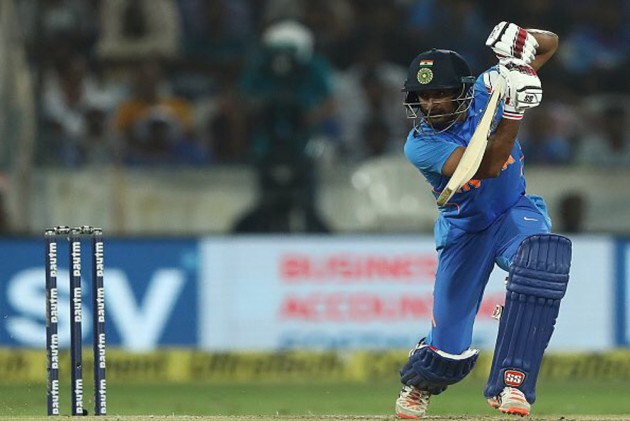 After being overlooked twice by the Indian national cricket team, Ambati Rayudu has decided to call it quits and has announced his retirement from all forms of cricket. Rayudu was a standby player in India's Cricket World Cup squad, and missed out on a flight to England and Wales twice.

In a letter to BCCI, as reported by Indian Express, Rayudu wrote,

I would like to bring to your kind notice that I have come to decision to step away from the sport and retire from all forms and levels of the game. I would like to take this opportunity to thank the bcci and all the state associations that I have represented which include Hyderabad, Baroda, Andhra and Vidharbha. I also would like to thank the two IPL franchises MI and CSK for their support. It has been an honour and privilege to have represented our country. I would like to thank the captains I have played under, MS Dhoni, Rohit Sharma and especially Virat Kohli who always had shown great belief in me throughout my career with the Indian team. It has been a wonderful journey of playing the sport and learning from every up and down it brought up on for the last 25 years at various different levels. Finally, I would like to thank my family and all the wellwishers who have been with me throughout this wonderful journey.

The 33-year-old also received a bizarre invitation from Iceland Cricket yesterday, who offered him permanent residency so that he can play for their country, via Twitter.

Agarwal has three professional wickets at 72.33 so at least @RayuduAmbati can put away his 3D glasses now. He will only need normal glasses to read the document we have prepared for him. Come join us Ambati. We love the Rayudu things. #BANvIND #INDvBAN #CWC19 pic.twitter.com/L6XAefKWHw

Rayudu missed out on the final roster for the ongoing global showpiece, and had also aimed a jibe at the selectors, by tweeting, "Just Ordered a new set of 3d glasses to watch the world cup".

Many fans have pointed out that the tweet could be one of the reasons why he missed out twice on being called for the World Cup.

Rayudu is a right-handed middle order batsman, an occasional wicketkeeper and a right arm off-break bowler. He last played for the Men in Blue in the home series against Australia on March.

Making his international debut on July 24, 2013, against Zimbabwe at Harare Sports Club, Rayudu was expected to be the next big thing for Indian cricket, having impressed everyone at the National Cricket Academy at 2001. However, it wasn't easy for him, partly due to his own fault in not maintaining any consistency.