Ambati Thirupati Rayudu, pint-sized dynamo, may be our next Hyderabadi pearl 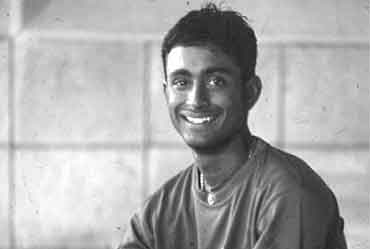 Captain of India under-19s, member of the India A team, recipient of the Castrol Junior Cricketer award for 2002-03, Rayudu’s career has been gathering momentum for some time now. In the first outing of the three-match odi series between India and England under-19 in 2002, he made 34. In the second, he made 80 from 75 deliveries. And the third match was mayhem. England scored 303. Rayudu, opening the innings, hit 177 not out off 137 balls and completed a 3-0 whitewash for India. "In Rayudu...India look to have unearthed a genuine star for the future," gushed the BBC.

The ‘Test’ series before that had gone rather poorly for him: 15, 9 and 13 in three innings. "I didn’t consider him for the third and final Test. The idea was to whet his appetite for runs and make him bounce back with a vengeance in the one-day series," says India Under-19 coach Robin Singh. Rayudu delivered.