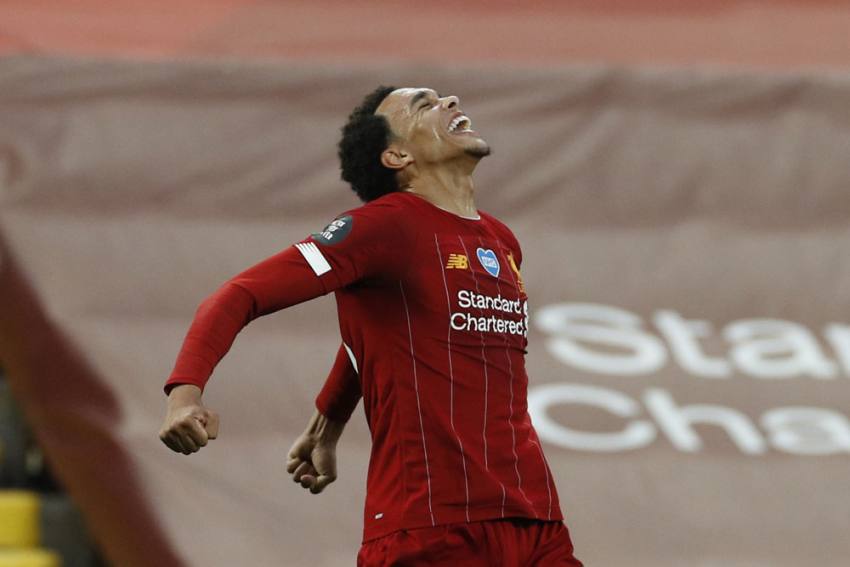 Liverpool star Trent Alexander-Arnold revelled in the club's "great achievement" after celebrating their 10,000th goal in a Champions League victory over Midtjylland.

Diogo Jota's strike not only helped give Liverpool a 2-0 win at home to Midtjylland, but it brought up the Reds' landmark goal across all competitions on Tuesday.

Premier League champions Liverpool hit the milestone figure 128 years after scoring their first goal – Jock Smith's effort in an 8-0 win over Higher Walton at Anfield in the Lancashire League.

Alexander-Arnold provided the assist for Jota's 55th-minute opener before substitute Mohamed Salah sealed the Group D points from the penalty spot in the third minute of stoppage time.

"It was a nice goal and a great finish from Diogo," Alexander-Arnold said via UEFA.com.

"We have such a proud history and it's a great achievement to reach that landmark."

The th goal in Reds history, netted by @DiogoJota18 pic.twitter.com/9YZFFgzZgN

Jota's goal was the 370th Liverpool have scored in the Europe's premier club competition, with 6,968 having come in the England's top flight.

Other notable competitions include the UEFA Cup/Europa League (173), Club World Cup (six) and the Community Shield (26).

Manchester United reached the five-figure mark with Marcus Rashford's strike in the 3-2 win at Brighton and Hove Albion in the Premier League in September.

After scoring the 10,000th goal, Jota told BT Sport: "Well it's a start. Obviously I'm happy to score and to help the team to achieve the win.

"Achieving that mark is always a good thing but I'm more happy with the victory today.

"After a good away win, it's important to keep on adding points and we did our job. We get the three points, that's most important, and now we [need to be] ready for the next game."