Bengaluru FC, who had won 1-0 in the first leg of their AFC Cup qualifier in Thimphu, toyed with Paro FC from Bhutan in a goal-fest at the Sree Kanteerava Stadium. 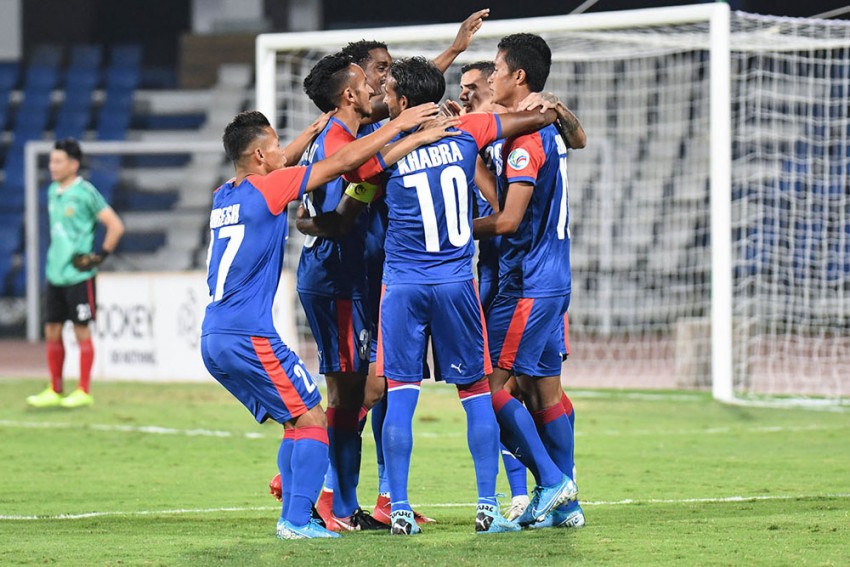 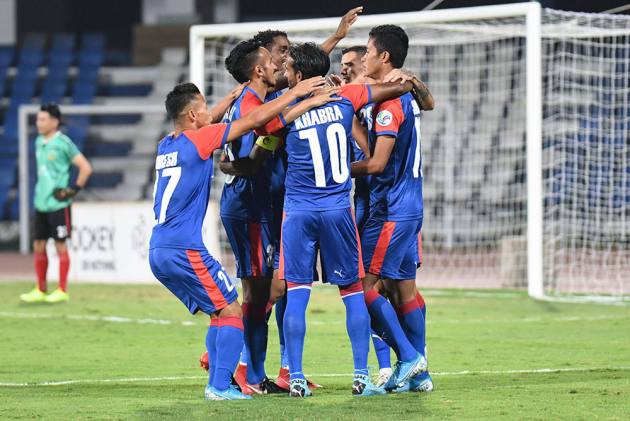 Semboi Haokip and Deshorn Brown scored a hat-trick each as Indian Super League champions Bengaluru FC crushed Paro FC of Bhutan 9-1 in the second leg match to win 10-1 on aggregate and reach the final stage of the qualifying round of the AFC Cup, on Wednesday.

Bengaluru, who had won 1-0 in the first leg in Thimphu, toyed with their opponents from Bhutan in a goal-fest at the Sree Kanteerava Stadium.

This was Bengaluru FC's biggest ever win. They now face Maziya Sports and Recreation Club of Maldives in the two-legged play-offs round for a place in the group stage of the continent's second tier club competition.

The first leg of the play-offs will be played in Maldives on February 19 while Bengaluru will host the second leg on February 26.

Haokip, who had also scored Bengaluru's lone goal in Thimphu, struck four times -- in the sixth, 26th, 67th and 85th minutes -- while Jamaican Brown was on target thrice (29th, 54th and 64th). The other two goals for Bengaluru was scored by defender Juanan Gonzalez (14th) and Nili Perdomo (79th).

Skipper Sunil Chhetri continued to be rested as he's carrying a muscle injury while nippy winger Udanta Singh came as a substitute late in the match.

After Suresh Wangjam had two shots at the Paro goal, the Blues did not have to wait for long as Haokip struck in the sixth minute. Erik Paartalu's long ball fell to Haokip, whose shot was not be collected cleanly by the 'keeper and the striker stabbed home at the second attempt.

In the 14th minute, defender Juanan rose highest to connect a Nili Perdomo corner kick into the top corner of the Paro FC net.

To minutes later, Paro FC pulled one back and it was former Blues' winger Chencho Gyeltshen, who cut past Gursimrat Singh Gill and fired into the top corner of the Bengaluru net.

Haokip put Bengaluru in the lead again in the 26th minute. Nili whipped in another cross from the right that Haokip towers high to nod past Tobgay.

Bengaluru's ascendency continued while Paro FC began to wilt under constant attack from the opposition. It was the turn of Jamaican Brown who put his name in the score sheet to make it 4-1.

Brown scored his second of the day in the 54th minute with Nili providing the assist and then completed his hat-trick 10 minutes later off a pass from Kean Lewis.

As if taking a cue from Brown, Haokip also scored his third goal of the day in the 67th minute, with Brown this time playing the role of a supplier.

It was a long night for Paro FC and their woes continued with Nili scoring his first of the match as he bulged the Paro FC net in the 79th minute, off an assist from Haokip who struck his fourth of the day in the 85th minute for a massive win for the home side.