"After coming to power and examining the SC/ST prevention Atrocities Act, we have taken a decision to strengthen it," he said. 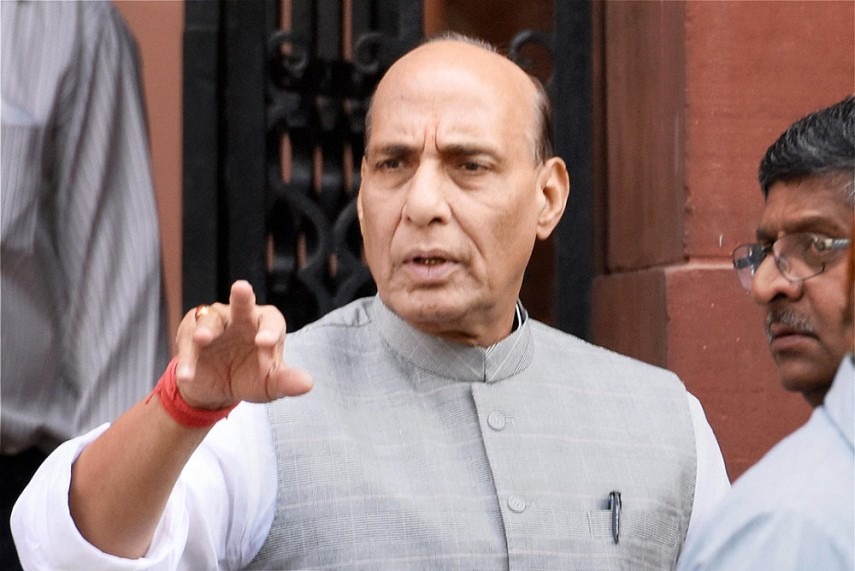 Asserting that the government is sensitive to the concerns of the backward communities, Home Minister Rajnath Singh today said it was not responsible for the dilution of the SC/ST (Prevention of Atrocities) Act.

Making a suo motu statement in the Lok Sabha during Zero Hour on the large scale violence during yesterday's Bharat Bandh, the home minister said eight people were killed -- six in Madhya Pradesh and one each in Uttar Pradesh and Rajasthan, during the bandh which also witnessed clashes between the police and the protesters.

"Through the House, I want to assure the people that there has been no dilution whatsoever by my government, rather after coming to power and examining the SC/ST prevention Atrocities Act, we have taken a decision to strengthen it," he said.

Singh said there have been widespread rumours regarding the issue of reservation which are "false and baseless" and the government was fully committed to protect the interest of the SC/ST community.

"I fully appreciate that there is widespread anger amongst the people following the Supreme Court order. I wish to inform the House that the Government of India was not party in that case. People have taken to the streets," he said.

The Supreme Court had on March 20 "diluted" the provisions of the Scheduled Castes and the Scheduled Tribes (Prevention of Atrocities) Act, ruling that government servants should not be arrested without prior sanction and private citizens, too, be arrested only after an inquiry under the law.

Opposing the verdict, several Dalit organisations had called for a 'Bharat bandh' yesterday in which several violent incidents and blockades of roads and rail tracks were reported from several states.