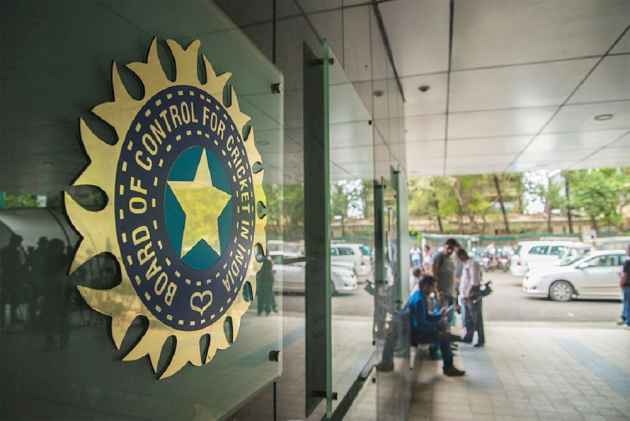 For the first time ever, the expenses of the high-flying BCCI office-bearers have been revealed and topping the list is current treasurer Anirudh Chaudhry, on whom the Board has splurged a colossal Rs 1.71 crore in just a little over two years. A close second is acting secretary Amitabh Choudhary, on whom Rs.1.56 crore was spent in the same period – during financial years 2015-16, 2016-17 and from April to June this year.

And the BCCI spent a whopping Rs 24 lakh in just 2015-16 on Anurag Thakur, who was sacked by the Supreme Court as BCCI president for “perjury and contempt of court” this January. This figure does not include the amount spent on air travel of Thakur, a former president of Himachal Pradesh Cricket Association and sitting BJP member of Parliament. However, the Supreme Court-appointed Committee of Administrators (CoA), which has listed these details in its fifth status report, does not mention how much was spent – if at all -- on Thakur between April 2016 and January 2, 2017, the day the Supreme Court removed him, along with then secretary Ajay Shirke.

Of the Rs 24 lakh spent on Thakur, he collected Rs 17.99 lakh in allowances alone during 2015-16. But Anirudh Chaudhry is far ahead of Thakur as he collected a cool Rs.92.72 lakh in allowances -- but in two years and three months -- while Amitabh Choudhary was not too far behind the treasurer as he pocketed Rs.71.79 lakh as allowances in the same period as Anirudh. Anirudh’s telephone expenses alone are worth Rs.2.37 lakh.

Some of the BCCI state associations reacted with dismay, surprise and anger, but welcomed the probability of a new BCCI constitution being adopted soon. “They [office-bearers] are having a ball. No funds for us, but they are having a great time,” the secretary of a northeast state association told Outlook. Another northeast state office-bearer of a different state said: “See, what these people are doing and they are not willing to pay us for cricket development.” They were also happy at the possibility of the Supreme Court removing the current office-bearers. “Wonderful news of removing the office-bearers and registering a new memorandum of articles of BCCI,” said another.

As reported by Outlook previously, Shirke never used to take any remuneration from the BCCI. “Mr Ajay Shirke, Hon. Secretary, has not claimed any expenses from BCCI during his tenure,” says the status report, which the CoA submitted with the Supreme Court on Wednesday. The report is expected to be taken up by the court at a hearing tomorrow in the case related to BCCI reforms.

The above-mentioned expenses are not the final amounts spent on the BCCI office-bearers, and that there could be more. Says the status report: “Ground transport details are provided to the extent easily possible.” It also says that the air tickets charges of Thakur, his executive assistant (EA) Krishna Pophale and Shirke’s EA Nachiket Chidgopkar will be provided in due course.

After the sacking of Thakur, BCCI’s senior most vice-president CK Khanna took as acting president, according to the constitution. While Khanna received no allowances in 2016-17, in just three months this year (April-June), he has received Rs.4.86 lakh. He has two persons attached with him – Manjeet Singh and Chetnya Nanda – and each of them have pocketed Rs.2.75 lakh as allowances in three months only.

But the executive with the highest earning is Gaurav Virmani, who is attached with Anirudh Chaudhry. The long-standing Anirudh confidant Virmani received Rs.27.83 lakh over the same period. The total expenditure on Virmani in two years and three months is Rs.50.92 lakh, which includes his ‘office expenses’ of Rs.4.80 lakh and ‘other expenses, of Rs.1.67 lakh.

In the same status report, the CoA has asked the Supreme Court to remove all the BCCI office-bearers for non-implementation of reforms as recommended by the Lodha Committee and accepted by the SC.

“The CoA submits that since the then president and secretary of the BCCI had bene removed because the BCCI failed to implement the reforms mandated by the judgement despite a period of six months having lapsed, it is only fair that the current office-bearers be treated in the same manner because a further period of six months have elapsed since the said office-bearers submitted their undertakings and reforms mandated by Hon'ble Court have still not been implemented. It is clear that current office-bearers are not in position to make good on their undertakings and ensure that reforms mandated by this Hon'ble Court is implemented,” says the CoA prayer in its status report while seeking directions.

The CoA has also sought the power to finalise the new BCCI constitution and direct the Registrar of Societies under the Tamil Nadu Societies Registration Act, 1975, to accept the new constitution as soon as the CoA submits it with it, so that much-delayed reforms could be implemented.