The two Congress leader had requested to be allowed to meet the families but were denied entry by police. 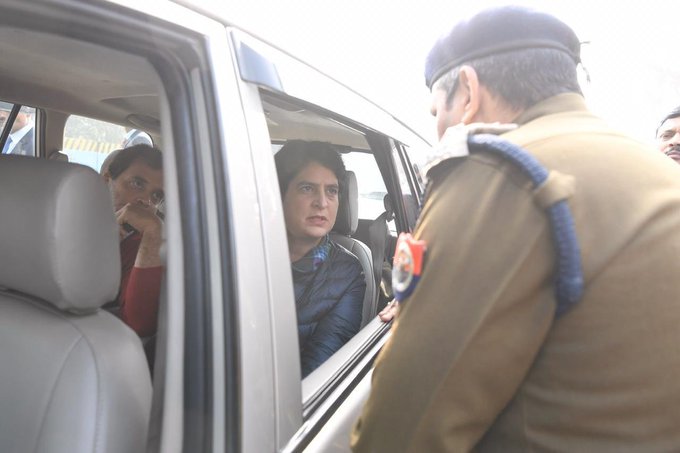 Congress leaders Rahul Gandhi and Priyanka Gandhi Vadra were on Tuesday stopped by police from entering Meerut on their way to meet the families of those who died during protests against the Citizenship Amendment Act.

The two had requested that they, along with another Congress leader, be allowed to meet the families, but were denied entry, Congress sources said in Delhi.

The Gandhis were stopped near Partapur police station. "We asked the police to show us order, but they did not show us any order for stopping us and told us to return," Rahul Gandhi told reporters.

The two leaders left for Meerut this morning to meet some of the family members of the deceased protesters. At least five protesters died in Meerut alone.

The Congress leaders have headed back to Delhi.

Priyanka Gandhi had on Sunday met the families of some of the protesters who died in Bijnor. Seventeen people are reported to have died in Uttar Pradesh during protests against the new citizenship law.