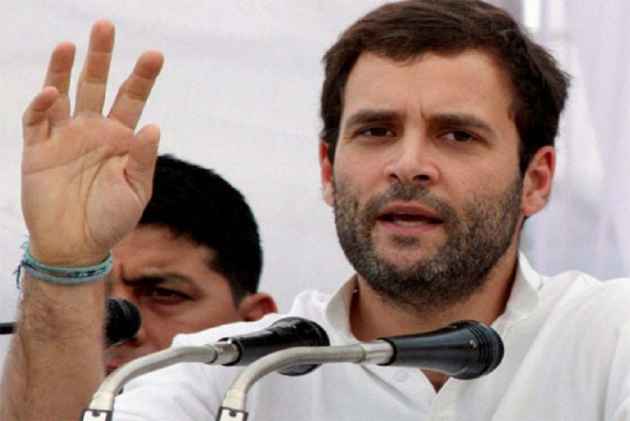 Congress vice-president Rahul Gandhi on Friday said that in the past three years, about 9,000 farmers have committed suicide in Maharashtra.

Addressing a crowd here today, Rahul said that if one goes to any state they will see a large number of farmers committing suicides, and that there is no state in India where a farmer has not committed suicide

"Everyone knows that a farmer needs the support of the nation and the State Government. If you ask any farmer, how much money comes from their farm, then every farmer will tell you - if the Minimum Support Price (MSP) is not been increased, if there are no rains and no compensation or bonus is given, then they won't be able to work, and this is the truth behind today's India," retorted Rahul Gandhi.

Rahul also said that a farmer gives his blood and sweat, and only asks for a reasonable rate.

Criticising the ruling National Democratic Alliance (NDA) Government, Rahul said that while in Gujarat, he was recently told that "the suit boot government doesn't do anything for the farmers" unless he tours all over India and talks about these issues.

"In Uttar Pradesh, under a lot of pressure, the government finally gave relief to the farmers. Here (in Maharashtra) the condition is the same. It is the Congress party that put pressure and that is when the state Government announced the loan waiver," Rahul said.

The Congress vice-president also said that if India needs industrialists, they also need farmers as much.