Some of the greatest human tragedies of the last century and indeed many of the current political conflicts across the world prove that citizens are equally complicit in the crimes of their governments. 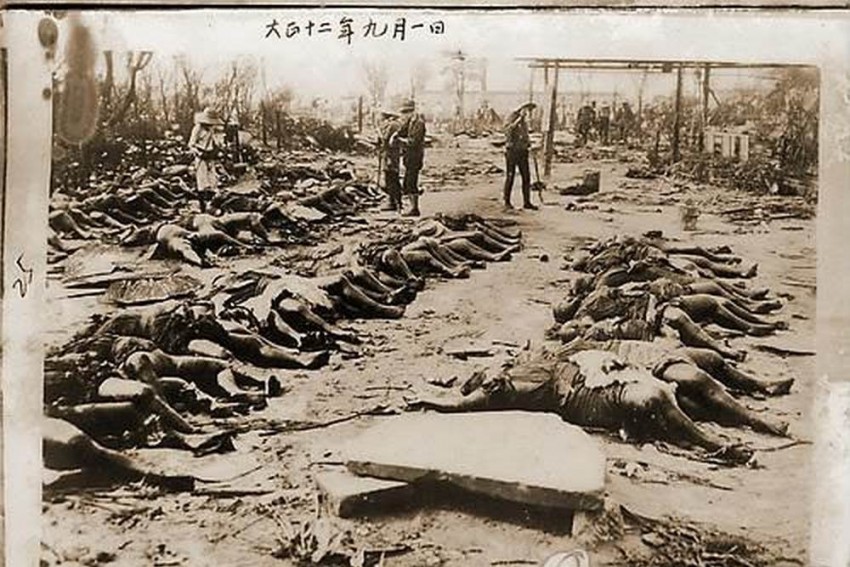 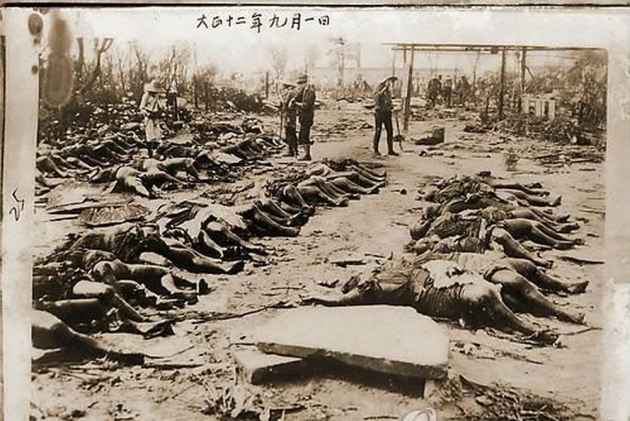 Tokyo- Chuzenji lake in Nikko, north of Tokyo, seemed like a painting. We arrived at sunset and the orange light danced on tiny waves in the lake while mountains shrouded in mist loomed on all sides. The town is famous for its onsen or hot springs and my hosts at the University of Tokyo had invited me to go there for a night. The next day, at 6 am on the morning of the 29thof August, the calm serenity of the area was very politely interrupted by a lady speaking in Japanese on the public address system. My host woke with a start to discover that the North Koreans had sent a missile over Japan and as he checked his phone for alerts from the government, he switched on the television. The news channels were dominated by the story of an inter-continental ballistic missile that had flown over our region, which is why the local government advised inhabitants to make for basements and cellars. Despite this, no one really seemed to take notice and we began talking about current crisis, its history.

As we drove back to Tokyo later that day for a series of conferences and workshops, we talked of the Japanese annexation of Korea and parts of China, the brutality of the regime and manner in which the current government tends to not only gloss over the past but indeed at times refuses to acknowledge the crimes committed by both the armed forces and civilians. The manner in which a sense of superiority was instilled in Japanese people and consequently the degradation and humiliation suffered by those who were colonised is often still denied. Furthermore, it seems that even today there are a number of political groups that justify the injustices of the past.

As it happens a few days later ASNET at the University of Tokyo in conjunction with various organisations put together a day-long conference on the importance of co-existence. What was particularly interesting about the event is that social scientists, philosophers, aid workers, medical specialists, agriculturalists, natural scientists and even high school children presented papers. At first glance these papers seemed too diverse to have a central thread but all of them successfully showcased research that not only highlighted the importance of coexistence and interdependency but indeed also showed how, for instance, agricultural methods and technological innovations can lead to conflict resolution and rebuilding war-torn societies. One particular paper presented by Akiko Itahashi had a blunt yet ostensibly broad title: why do we kill our neighbours? Itahashi began her paper by reminding the audience that the next day would be the 94th anniversary of the Great Kanto earthquake. In 1923, Tokyo and other areas were heavily impacted by the earthquake but what happened in the aftermath was even more horrific. The Japanese Authorities and many armed civilians, with the tacit approval of the administration, hunted down and killed more than 6000 Korean and some Chinese residents. Indeed the government helped spread rumours about how the treacherous Koreans were planning to poison various wells and also about how they were carrying home made bombs in sacks. People carrying sacks of apples were thus accosted and killed. After the pogroms the government did not hold anyone responsible for their crimes and no cases were instituted. There is a distinct reluctance by various political parties and their followers from acknowledging the extent of the crimes committed against the Koreans and the Chinese.

Today in 2017 the governor of Tokyo, Yuriko Koike, and other politicians have refused to pay tribute to those who were killed in the aftermath of the quake. They argue that talking about racially motivated crimes is useless and it is enough to acknowledge that there were many victims of the earthquake. Intoxicated on a nationalism predicated on a false sense of superiority, politicians like Koike from all around the world, seek to perpetuate divides rather than helping to heal old and often deep wounds. On the one hand these political movements seek to deny the past while on the other hand they also seek to draw on the past to prove their superiority. This contradiction is often the hallmark of those politicians that base their politics on ethnic, religious or racial superiority, patriarchal mindsets and limited nationalisms that constantly seek to entrench a feeling of victimhood amongst people. Of course, many of these issues are not exclusive to Japan and I could not help but think of all the parallels that also existed in India.

Some of the greatest human tragedies of the last century and indeed many of the current political conflicts across the world prove that citizens are equally complicit in the crimes of their governments. Germany, South Africa and Japan serve as some historical examples while today the situations in Israel, India, Palestine, Pakistan, Iraq and Burma also illustrate how citizens can turn into killers and murderers. As Itahashi said in her concluding remarks, “the truth is that we do not kill our neighbors because we often do not even consider our neighbours to be human.” This seemingly simple sentence summed up the perverse nature of political ideologies that depend on asserting their own superiority while at the same time trying to prove someone else’s’ inferiority. The potent, indeed deadly, combination of instilling a sense of victimhood in people while also combining this with a feeling of superiority often creates the perfect recipe for almost weaponising citizens. Of course, all problems are then ascribed to some imagined or real enemy and this politics of the lowest-common denominator consolidates voters based on their insecurities, frustrations and anxieties about their own lives. At the end of the conference Raghad Adly, a Syrian who works for the Association of Aid and Relief (Japan), spoke compellingly about her own mixed heritage and a Syria that no longer exists but rather is shackled by sectarian and religious divides. On the screen she showed a famous picture from the nineteenth century of a blind man carrying a dwarf on his back. Both men had met as orphans and the blind man was a Muslim named Mohammad while the dwarf was a Christian named Sameer. They were inseparable. While Mohammad walked for Sameer, Sameer guided the blind Mohammad. The story goes that when Sameer passed away, Mohammad died from grief within a week. Regardless of the historical veracity of the story, Syrians who seek to remember a different homeland have often showcased the photo as an idealised metaphor for what they feel has been lost. After all, the easiest thing for both Sameer and Mohammad to have done was to play the victim: victims of God’s displeasure, history, fate, disease and incapacity. Today, it is their denial of victimhood that needs to be commemorated and remembered.