The US President-elect has pledged a ‘tough’ policy towards Beijing, while co-operating ‘where our interests converge’ 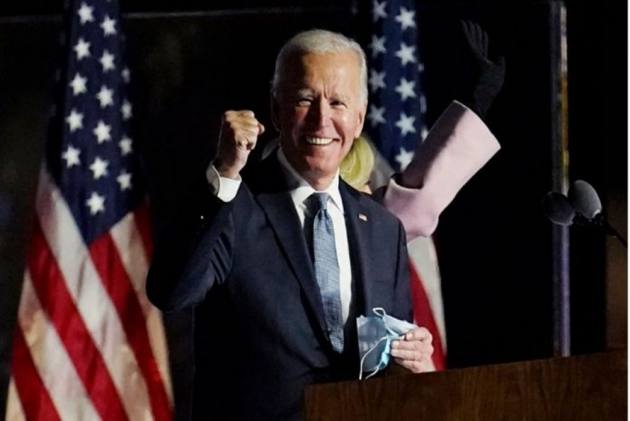 Even superpowers need to have multi-dimensional diplomacy with rival nations to be effective. President Donald Trump’s unidimensional coercive strategy against China was doomed to fail as it had met with only resistance and regional tensions. The fallout was felt not only by Americans economically but also by countries like India, caught in the crosshairs for aligning policies too close with Trump’s America.

A case study of how US Republican President Herbert Walker Bush had tackled the June 1989 Tiananmen Square crisis would prove this point. Although the crisis was brewing since 1986, it burst into the open within six months of his assumption of charge as the 41st US president. The tension between the two countries was as high as it is now. It almost undid the gains since 1972.  The wanton suppression of students had enraged the world which wanted America to assume a leadership role in punishing China. The Chinese, who were not as strong as now, suspected US intelligence involvement in undermining their government especially after Chinese astrophysicist Fang Lizhi, who wrote an open letter on human rights to Deng Xiaoping in February 1989, took refuge in the US embassy in June 1989.

Fortunately, H.W.Bush knew the Chinese mind well, having been the Chief of US Liaison  Office in Beijing(1974-76), a position diplomatically much lower than what he held as US ambassador to the United Nations (1971-73). He chose Beijing when President Gerald Ford offered him Paris or London. In doing so he shared the obsession of many Americans, described by China expert the late Prof. James C Thomson Jr. in 1992 on the 20th anniversary of the 1972 US opening out to China: “to do good (the missionaries), as our place to find markets(the businessmen), as our place to help implant democracy(statesmen, professors, journalists)”.

Bush devised a three-layered policy as he did not want to break “the relationship we had worked so hard to build since 1972”. They had to remain engaged if America were to have any influence or leverage to reverse the trends. He knew that the Chinese were extremely sensitive to foreign criticism “that might be interpreted as interference in their internal affairs, the legacy of many decades of damaging foreign intrusion”.

Overtly he would halt visits of Chinese and US military leaders and suspend all government to government sales and commercial export of weapons. On the positive side, he would sympathetically consider extending stays of Chinese students in America and offer humanitarian and medical assistance through the Red Cross.

Covertly he decided to contact Deng Xiaoping, who used to call him “ lao pengou” (Old friend). In 1979 Deng had made a detour to meet Bush in Houston during his visit to America. However, in June 1989 he rebuffed all telephone calls from the White House. Bush then decided to write a “letter straight from his heart”, suggesting a secret emissary to Beijing to meet him. The text is published in “A World Transformed” (1998) jointly written by him and his trusted NSA Brent Scowcroft.  This letter was sent to Deng through their ambassador in Washington DC.

Fortunately, Deng responded positively. Scowcroft, accompanied by Larry Eagleburger, then-Deputy Secretary of State flew in a C-141 military cargo plane on June 30, 1989, with all air Force markings removed. They were received by Deng at the Great Hall of the People on July 2.  Meanwhile, Secretary of State James Baker and US Congress were indulging in high-decibel attacks on China.

As Scowcroft later wrote, the trip was not for negotiations. There was nothing to “negotiate” as both sides were firm on their views. It was “an effort to keep open the lines of communications with a people inclined to isolate themselves whose long experience with foreigners had engendered xenophobia”.

In 2020 China is much stronger. True, Biden wants the US to “get tough with China” in his article in “Foreign Affairs” ( March-April 2020). However, he rejects Trump’s unilateral model which had only annoyed the allies. Instead, he recommends “a united front of US allies and partners to confront China’s abusive behaviours and human rights violations, even as we seek to cooperate with Beijing on issues where our interests converge, such as climate change, non-proliferation and global health security.”