Diluting Federalism In The Fight Against COVID-19 Pandemic

There is a fundamental issue with concentrating a majority of the resources in a Fund controlled by the Centre—that of reducing the capacity of the states to effectively respond to the pandemic. 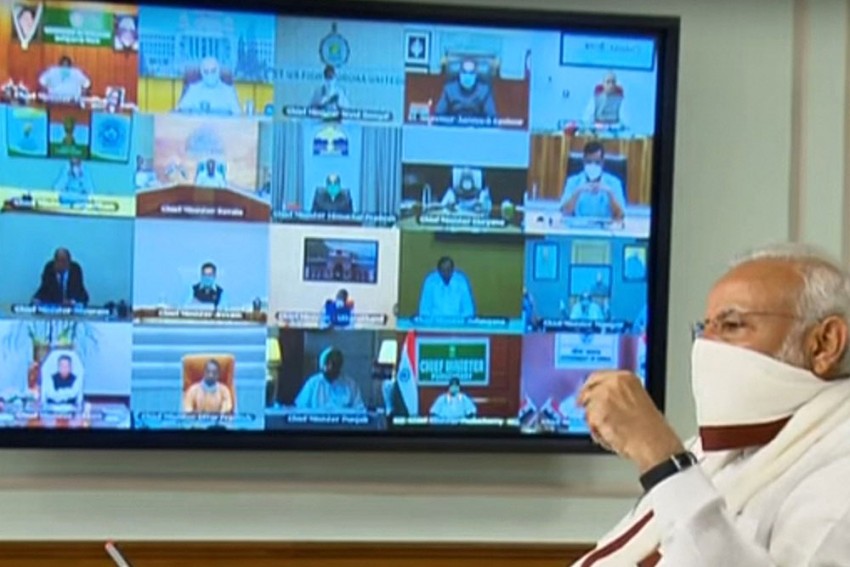 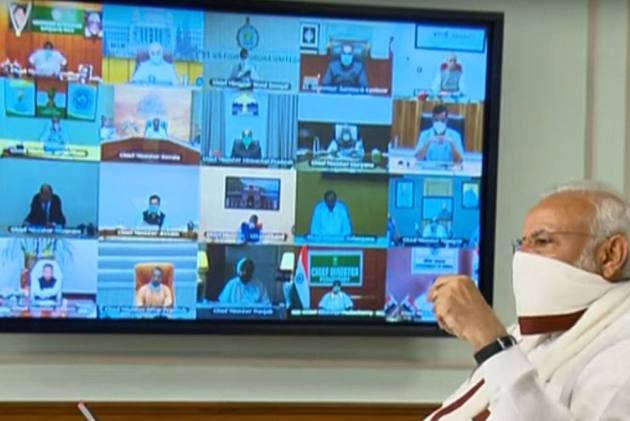 On March 28, Prime Minister Narendra Modi announced that the government was constituting the Prime Minister’s Citizen Assistance and Relief in Emergency Situations (PM CARES) Fund to help the country better combat the COVID-19 pandemic. The Prime Minister is the ex-officio Chairman of the PM CARES Fund and the ministers of Defence, Home Affairs and Finance are ex-officio Trustees of the Fund. Besides, three more persons are to be appointed to the Board of Trustees (though no such appointments have been made yet). The Prime Minister has the power to nominate these three trustees. For all intents and purposes, then, the PM CARES Fund is run by the central government.

It is estimated that the pledged donations to the Fund crossed Rs. 6,500 crores barely a week after it was set up. While Bollywood actors, cricketers, and prominent businessmen have pledged to support the Fund, several concerns have emerged over the modalities through which contributions are being sought. On April 16, the Jharkhand High Court granted bail to a former Member of Parliament and five others on the condition that they deposit an amount of Rs. 35,000 each into the PM CARES Fund, and show proof of payment before the court. The Resident Doctors Association (RDA) of AIIMS has alleged that the AIIMS administration has diverted Rs. 50 lakh to the PM CARES Fund, even though the money received from Bharat Dynamics was earmarked for the procurement of Personal Protective Equipment (PPE). Apprehensions have also been raised about the transparency of the Fund, since it will not be audited by the Comptroller and Auditor General of India (CAG); instead the trustees will appoint “independent auditors”.

These concerns notwithstanding, there is another fundamental issue with concentrating a majority of the resources in a Fund controlled by the Centre—that of reducing the capacity of the states to effectively respond to the pandemic.

As per Section 135 of the Companies Act 2013, every company with a net worth of Rs. 500 crore or more, or a turnover of Rs. 1,000 crore or more, or a net profit exceeding Rs. 5 crore during the immediately preceding financial year is required to spend at least 2% of its average net profits (made during the three immediately preceding financial years) in pursuance of its Corporate Social Responsibility (CSR). Schedule VII of the Act delineates the wide gamut of activities on which companies can spend their CSR budget. These include eradicating hunger and poverty, promoting education and gender equality, ensuring environmental sustainability, and so on. Indian companies spend around Rs. 15,000 crore on CSR annually, according to official estimates.

On April 10, the Ministry of Corporate Affairs (MCA) issued a set of FAQs (F. No. CSR-01/4/2020-CSR-MCA) clarifying the eligibility of CSR expenditure related to COVID-19 activities. This document stated that contributions made by companies to the PM CARES Fund shall qualify as CSR expenditure under item no. (viii) of Schedule VII of the Companies Act. However, contributions made to the 'Chief Minister’s Relief Fund’ or ‘State Relief Fund for COVID-19’ (run by several states) shall not qualify as admissible CSR expenditure. The logical consequence of this position is that corporations would be deterred from contributing to state relief efforts, and would instead redirect their CSR money to the PM CARES Fund.

Another argument in favour of prioritising the PM CARES Fund over different state relief measures is that concentration of funds enables better resource management and allocation. But this argument is seemingly undercut by the central government’s unwillingness to transfer contributions from the PM CARES Funds to the existing Prime Minister’s National Relief Fund (PMNRF). Also, if the aim is consolidation of resources, then it is unclear why a new fund was set up in the first place when the PMNRF already had an unspent balance of Rs. 3,800 crore as of December 2019.

Most crucially, what is being overlooked in the argument about concentrating funds in the hands of the central government is the important role state governments have to play in handling the COVID-19 pandemic. This includes monitoring the implementation of the lockdown, stepping up production of hand sanitisers and face masks, having food delivered to schoolchildren reliant on mid-day meals, making arrangements to provide shelter, ration and financial assistance to families of daily-wage workers, setting up mental health helplines, and so on. States are at the forefront of combatting the pandemic and diminishing their financial capacity is likely to have pernicious effects.

Notably ‘public health and sanitation’ are matters falling exclusively within the legislative competence of the states [Entry 6, List II, Seventh Schedule of the Constitution of India]. Admittedly, the subject of constituting funds to tackle the challenge of the pandemic is not an issue of legislative competence. But the fact that states are vested with the exclusive authority to legislate on health-related issues is a good indicator of the crucial role that our Constitution-makers envisaged for states with respect to matters pertaining to public health. Therefore, we must ask, on what basis are we diminishing the capacity of states to raise money through their separate COVID-19 relief funds? The rationale offered by the MCA FAQs is that the ‘Chief Minister’s Relief Fund’ or ‘State Relief Fund for COVID-19’ is not included in Schedule VII of the Companies Act—and therefore not eligible for CSR contributions. But several concerns can be raised against this reasoning.

Firstly, the MCA FAQs claim that contributions made to the State Disaster Management Authority would count as CSR expenditure under item no. (xii) of Schedule VII of the Companies Act. Now, item no. (xii) reads “disaster management, including relief, rehabilitation and reconstruction activities”. But if “disaster management” can be interpreted to include contributions to the State Disaster Management Authority, it is unclear why “promoting healthcare including preventive healthcare” [item no. (i) of Schedule VII of the Companies Act] cannot be so interpreted to include contributions to the various Emergency Relief Funds set up by different state governments exclusively to combat the COVID-19 pandemic? It is reasonable to construe “promoting healthcare” as including efforts—both by NGOs and State Governments—to check the pandemic. The same is consistent with the circular issued by the MCA on 23 March 2020 (No. 05/01/2019-CSR) wherein it was stated that item nos. (i) and (xii) of Schedule VII are “broad based and may be interpreted liberally” when considering spending CSR funds for COVID-19.

Secondly, even if one were to assume that the aforementioned interpretation of item no. (i) of Schedule VII is not reasonable, it would not have been any hassle for the central government to promulgate an ordinance amending Schedule VII of the Companies Act—so as to specifically include the Chief Minister’s Relief Funds and State Relief Funds for COVID-19 within the ambit of CSR activity. The central government has already promulgated an Ordinance to amended provisions of the Income-tax Act (IT Act) to provide the same tax treatment to the PM CARES Fund as available to the PMNRF [Taxation and Other Laws (Relaxation of Certain Provisions) Ordinance, 2020]. The ordinance route therefore was a viable alternative that the Centre chose to ignore.

It may, therefore, be concluded that the central government had the means and the opportunity to extend CSR benefits to contributions made to the various State Funds constituted to combat the COVID-19 pandemic. The fact that the central government chose not to do so, should be seen as a deliberate omission, as opposed to a compulsion arising out of existing legal constraints.

Notably, the traditional federal conundrum of choosing between greater central control or enhanced state autonomy has undergone a shift with the emergence of the doctrine of ‘cooperative federalism’. This doctrine requires the union and the states to work in harmony towards achieving larger goals of good governance and overall development. The Supreme Court, in the case of Government of NCT of Delhi v. Union of India, has unequivocally held that the union and the states need to embrace a collaborative/cooperative federal architecture for achieving coordination. In collaborative federalism, the union and the state governments should express their readiness to achieve a common objective and work together to achieve it. Both the Centre and the states must work within their spheres and not think of any encroachment.

By deliberately omitting to classify contributions made to state relief funds as CSR activity, the Union government has failed in its responsibility to act in furtherance of the basic structure. Kerala Chief Minister Pinarayi Vijayan summed up the argument succinctly, when he said in a press conference that “In a federal set-up, the relief funds set up by the states for a public purpose cannot be excluded from the eligibility criteria when the same is available for a central fund set up with similar objectives and aims.” It is submitted that by not covering contributions made to state relief funds within the ambit of CSR activity, the union has cut off a major source of capital that would’ve significantly enhanced the capacity of states to combat the pandemic. This goes against the ethos of cooperative federalism and the responsibility of the central government to undertake positive action to uphold tenets of the basic structure of the Constitution.

(The author is a law student at Faculty of Law, University of Delhi. Views expressed are personal.)