Of Defection, Dynasticism And Opportunism: How Parties Distributed Tickets For MP Polls

Whether it is the ruling BJP or the main opposition Congress or the smaller players like the SP, BSP and JAYS, all behaved in exactly the same manner 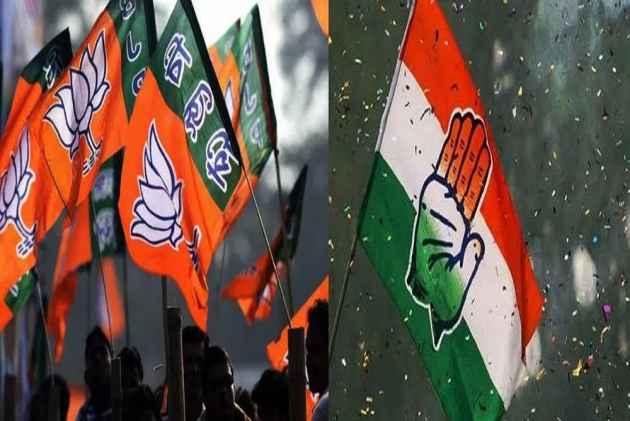 Going by the way the political parties distributed tickets for the Assembly polls in Madhya Pradesh, one would not be wrong in assuming that they don't do what they say. Whether it is the ruling BJP or the main opposition Congress or the smaller players like the SP, BSP and JAYS – desperately hoping to play the kingmaker if the polls throw up a hung assembly–, all behaved in exactly the same manner. They said they won't encourage defections. They did. They said loyalty would be rewarded. It wasn't. They said they won't hanker after office. They did. They said opportunism is bad. They were opportunistic to the hilt. They said nepotism and dynasticism should be avoided like plague. They embraced both.

Let us begin with the “party with a difference” – the BJP. For as long as one can remember, the BJP, and its earlier avatar, the Jansangh, have been putting the Nehru-Gandhi family in the dock for promoting 'Parivarvad'.

But, among those who have been fielded by the party, Mudit Shejwar, Vikram Singh and Akash Vijayvargiya are sons of Gauri Shankar Shejwar, Harsh Singh and Kailash Vijayvargiya respectively. The former two are ministers and the latter is BJP national general secretary. Umakant Sharma is the brother of former minister Laxmikant Sharma and Krishna Gaur is the daughter-in-law of former chief minister Babulal Gaur. Lok Sabha Speaker Sumitra Mahajan was keen to ensure that the party picks her son Mandar Mahajan as one of its candidates. She even got the announcement of the party's candidates from Indore delayed. The battle of the sons between Tai (Mahajan) and Bhai (Vijayvargiya) was, ultimately, settled in favour of Bhai.

On the other hand, in Congress, party veteran Digvijay Singh, who is said to have lost favour with the top leadership (read Rahul Gandhi), still managed to secure tickets for three of his family members. His son Jaivardhan Singh, brother Laxman Singh and nephew Priyavrat Singh have been fielded by the party. The party has also fielded Vikrant Bhuria, son of its MP Kantilal Bhuria and Om Raghuvanshi son of former Assembly deputy speaker Hazarilal Raghuvanshi.

Both the parties welcomed turncoats with open arms and nominated them as their candidates, throwing cold water on the hopes of dedicated party workers, toiling for years. There is a long list of 'parachute candidates' in both the parties. BJP MLA Sanjay Sharma, who hitched himself to the Congress bandwagon at the last moment, has been fielded by his new party from his old seat. Chaudhary Rakesh Singh, who had moved to the BJP from the Congress on the eve of the last polls, has been rewarded with a ticket, albeit after a cooling off period of five years. The BJP even rolled back the announcement of its candidate from the Ghatiya constituency when former Congress MP Premchand 'Guddu' defected to its camp. Guddu's son Ajay Borasi has now been named as the party's candidate.

Not only the political parties but the leaders also proved conclusively that they can beat chameleons hands down in changing colours. Thus, Sanjay Sharma suddenly discovered that the atmosphere in the BJP was 'suffocating' and Sartaj Singh, a BJP politician of 38 years vintage, turned Congressman within hours of being denied ticket. The party obliged him with a ticket. And BJP MLA Narendra Kushwaha decided to contest as Independent when the party said no to his ticket.

Satyavrat Chaturvedi, Congress MP, whose mother and father both were top party politicians, was so angered by the denial of ticket to his son that he fetched an SP ticket for him and announced that he would campaign for him 'openly'. The SP chief Akhilesh Yadav had very conveniently announced at the very outset that Congress detractors were welcome to his fold.

Dr Heeralal Alawa, a young and 'committed' tribal, who, as the top man of Jai Adivasi Yuva Sangathan (JAYS), had created ripples with his slogan of 'Abki Bar Adivasi Sarkar' developed a complete amnesia about his principles the moment the Congress offered him nomination. JAYS is now firmly seated in the party's lap.

BJP Indulging In Drama, Not Fulfilling Electoral Promises: Sharad Yadav On Renaming Of UP Cities