Unlike the exterior of the fourth-gen Jeep Wrangler, the interior sees a complete overhaul! 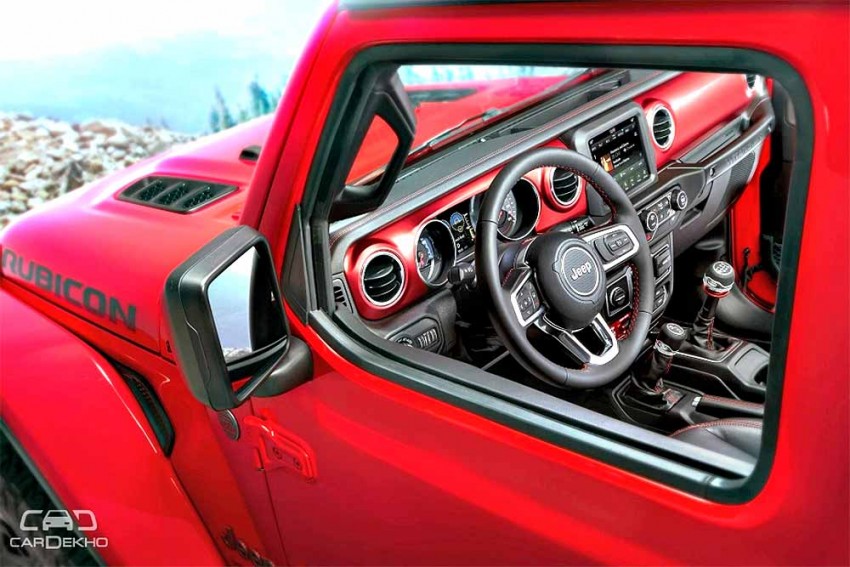 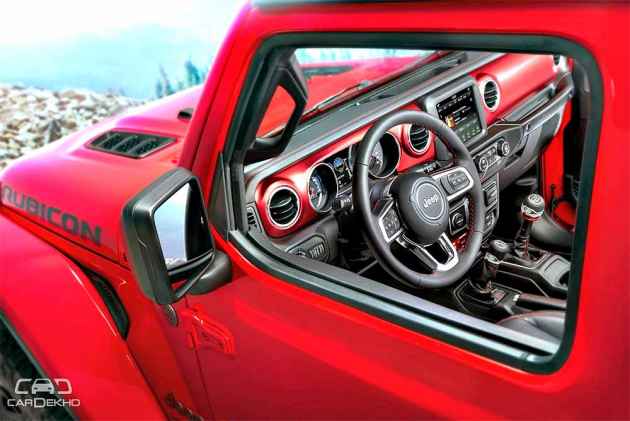 Jeep has been drip feeding info about the new JL series Wrangler lineup through a set of official pictures ahead of its full reveal slated for November 29 at the 2017 Los Angeles Auto Show. After revealing the exterior in a set of three pictures a few days ago, the American automaker has now taken the wraps off the interior of the fourth-gen 2018 Jeep Wrangler in a couple of official pictures. 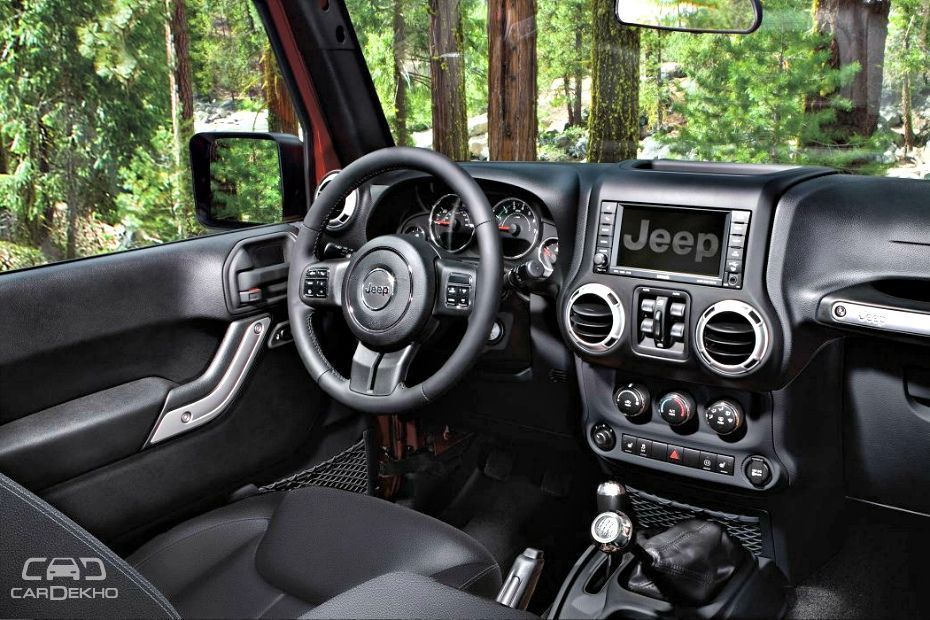 Unlike the exterior of the fourth-gen JL series model, the interior is completely overhauled. The cabin looks modern and has a minimalistic vibe to it, reminiscent of the old Jeep CJ series.

The redesigned dashboard is not high set and it appears that the new setup will give a relatively wider view of the road ahead. Unlike the outgoing model, the central console doesn’t protrude. In fact, it doesn’t pop out at all and is nearly flat, merging seamlessly with the colour-coded mid panel (red highlighted part in the pictures). 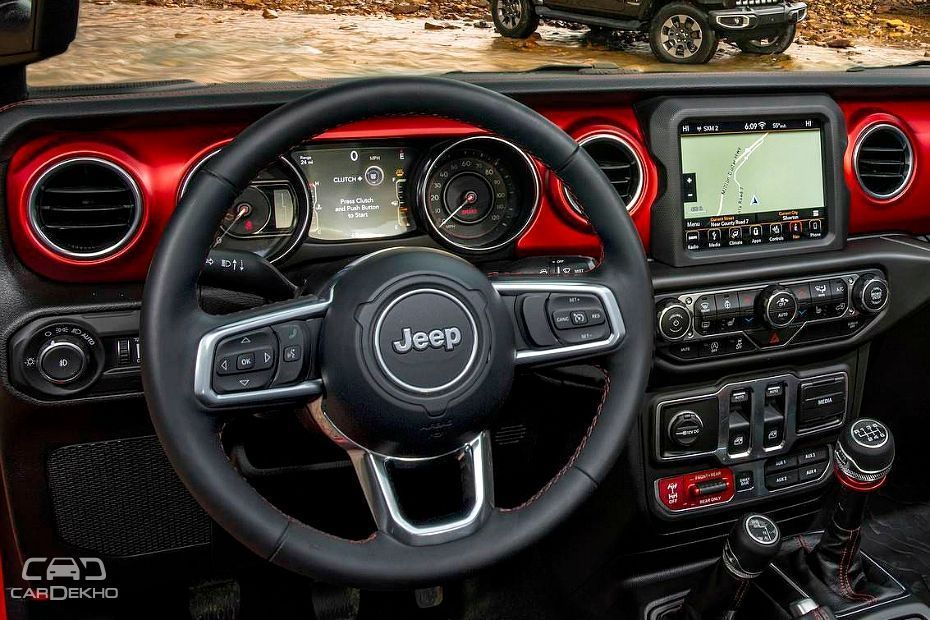 The highlight of the cabin is its new large touchscreen infotainment system. It is probably FCA’s (Fiat Chrysler Automobiles) Uconnect 4C 8.4-inch unit, which is available globally with a range of Jeep SUVs like the Grand Cherokee, Compass and Renegade among others. With the new Uconnect system, the 2018 Jeep Wrangler will finally have support for Android Auto and Apple CarPlay.

The colour-coded element in the dashboard houses the instrument cluster, infotainment system, and four circular AC vents, all in a single line! Like before, the instrument cluster has a twin-dial setup, but there is a large high-res screen in between, similar to its siblings. The three-spoke steering wheel is new and features a twin-bottom spoke with a satin chrome finish. Below the touchscreen unit, sit all the switches and knobs, which are significantly restyled and look relatively premium. Thanks to the removable doors, the power window switches are placed on the central console as before.