Messi Mania Takes Over As Albiceleste's Fans Descend On Moscow 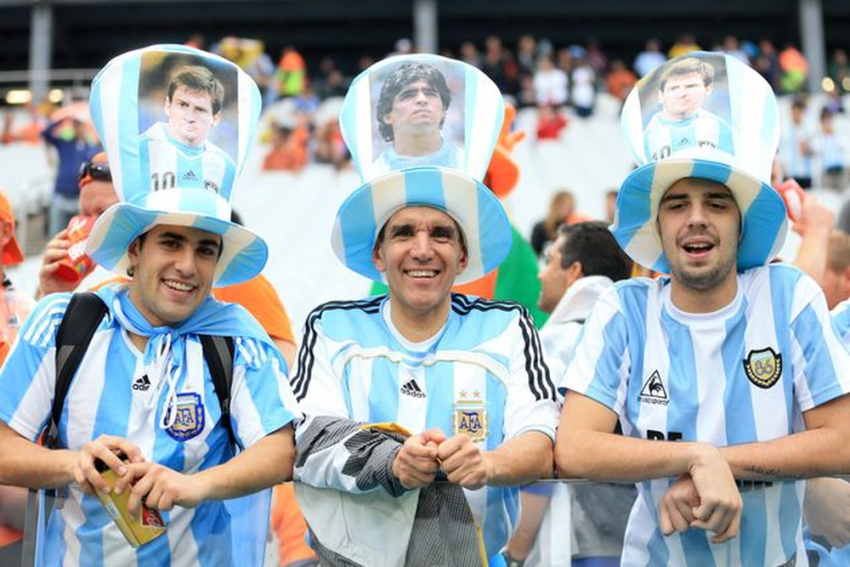 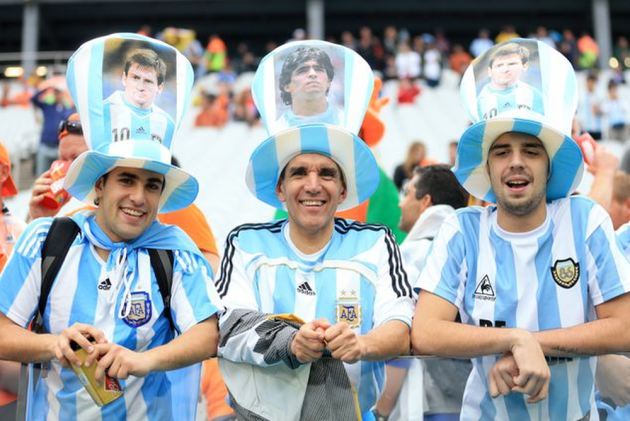 Wearing the revered blue and white striped jersey with Messi and 10 scrawled on its back, boisterous Argentine fans are filling the streets, squares and alleys in a faraway land of 'friends'.

This, four years after invading the house of their fiercest rivals on the eve of the Albiceleste's biggest game in over two decades, at the Maracana in Rio de Janierio.

This time around the distance, nor the multiple connecting flights, seemed to matter as the Argentines, yearning for a significant title triumph since 1993, descended on the Russian capital ahead of the 2018 FIFA World Cup.

The Lionel Messi mania gripped parts of the city as his team started training on the outskirts of Moscow.

The last time Argentina won a tournament of note was way back in 1993, when it lifted the Copa America title beating Mexico in the final. Too little for a country from where Diego Maradona came, from where Lionel Messi comes.

Though they won the gold medal at the 2008 Olympic Games, it was not an exclusively, global football tournament.

Holding a giant flag with the faces of Messi and Maradona painted on it, a group of four Argentine supporters positioned themselves on the ground near the Red Square, as others happily got themselves clicked.

Four years after a hundred thousand Argentines drove into the neighbouring host nation to watch their side take on Germany in the final of the World Cup, the Albiceleste supporters are expected to number around 20,000 in Russia, a lot considering the distance between the two countries.

The long hours of flying did not matter as they walked around the heart of the Russian capital with their flag on the shoulder, all of them wearing the beloved blue and white stripes and making plenty of noises.

"The atmosphere is amazing, and we are here to cheer for our team, I really hope that this time we are able to win," said a fan who has come all the way from Buenos Aires.

Along with their national team, the passionate Argentine fans have suffered three heartbreaks in the last four years, and they are living on hope that their prolonged wait for a title triumph ends in Russia.

The visiting Argentines also seemed to have struck a great camaraderie with their hosts, this a few months after reports claimed that fans of both sides are plotting a bloody attack on England's supporters during the month-long quadrennial showpiece.

Needless to mention the cold relations between these countries.

Runners-up in the last edition, Argentina will start their World Cup campaign from June 17 against Iceland.

They will then face Croatia on June 21 and will close the group stage against Nigeria on June 26.

US, Mexico And Canada To Host 2026 World Cup