Look How Happy I Am: Tripura CM Biplab Deb When Asked About Mob Lynching

"I think that you all should think that today there is a wave of happiness in Tripura. You should also enjoy this happiness wave and you will also become happy." 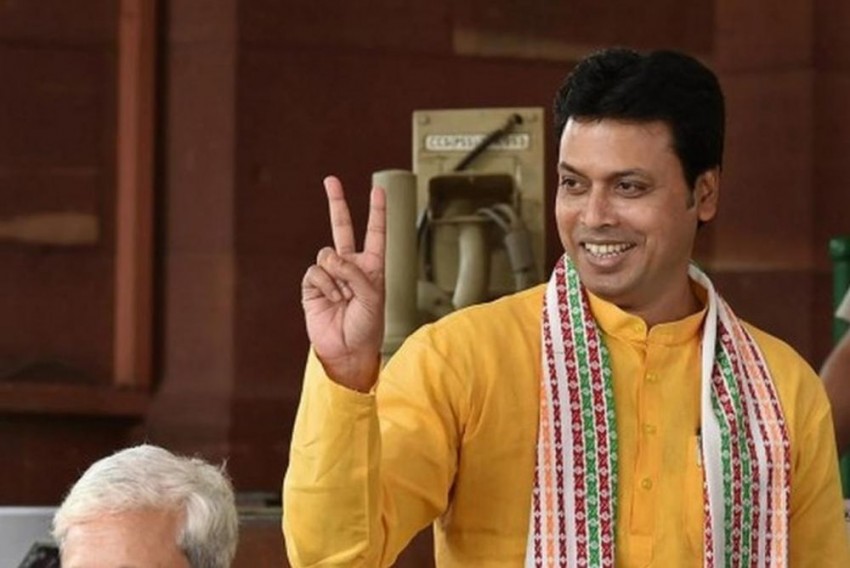 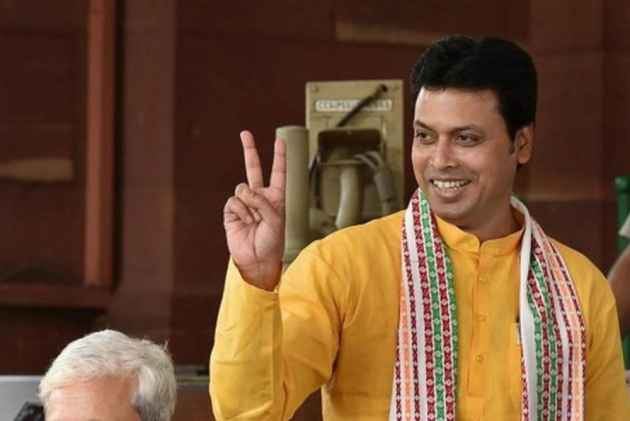 Tripura Chief Minister Biplab Deb’s response to a question on mob lynching in the state has landed him in a controversy again.

"I think that you all should think that today there is a wave of happiness in Tripura. You should also enjoy this happiness wave and you will also become happy. Look at my face, how happy I am. It's people's government and people will take action," Deb said on Wednesday when a reporter asked what the state government is doing to combat cases of mob lynching that have so far claimed the four lives.

The Tripura government later claimed that the chief minister was misquoted, and he was referring to the renaming Agartala Airport after Maharaja Bir Bikram Manikya, the erstwhile ruler of the state.

"Unfortunately, attempts have been made to take the comments out of context and relate them to the severely apprehensible acts of lynching that took place in the state a few days ago," a statement by the Directorate of Information and Cultural Affairs said.

Mass hysteria in Tripura over viral videos on whatsapp adding fuel to child-lifting rumours have claimed the lives of four people in eight days. Recently, 36-year old  Sukanta Chakraborty was lycnhed by a mob suspecting him to be a child lifter, Chakraborty was appealing to the public on behalf of the administration to refrain from rumour-mongering on social media when he was killed.

Rumours of child lifting have also reached other parts of the country, with the Centre stepping in and writing to Whatsapp to exercise control in forwarded messages and their authenticity.

The ministry of home affairs has directed the states and UTs to keep vigilant of such rumours and direct district administrations to identify vulnerable areas and conduct community outreach programmes for creating awareness and building confidence.

More than 20 people have been lynched over the last two months on suspicion of child lifting, the latest being the killing of five men in Maharashtra's Dhule district, according to PTI.

The 48-year-old former chief minister has earlier triggered controversies when he said that internet existed at the mythical time of Mahabharata andformer Miss India Diana Hayden is unfit for Miss World.

He had said he failed to understand the "process of judgement" of the crowning of the Miss World contest in 1997, in which Hayden won the award.

He had also said that the civil engineers should apply for civil services and unemployed youth should buy a cow for steady income.