The officials say they have changed the strategy and are going to places like Bangladesh and Thailand to present Kashmir as a perfect tourist destination. 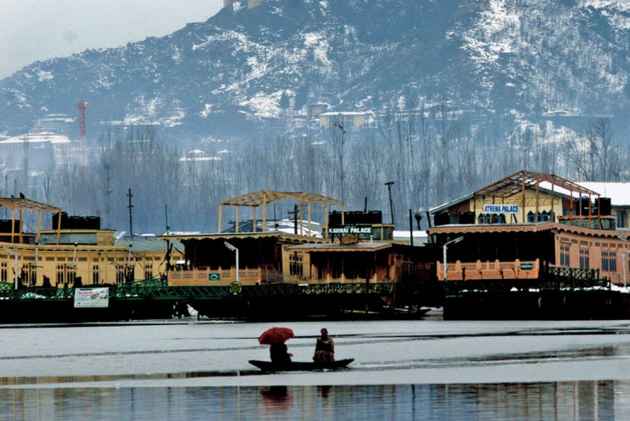 Even as the tourism industry is witnessing slump since last year, following valley wide protests and shutdowns post Burhan Wani's killing on July 8 last year, the tourism department tapping unexplored markets in Bangladesh and Thailand to woo tourists from these countries towards Kashmir.

Bangladesh and Thailand are, to begin with, new focus regions of the department.

The officials say they have changed the strategy and are going to places like Bangladesh and Thailand to present Kashmir as a perfect tourist destination. Around four lakh tourists visited the Valley this year. The officials say a good number of tourists from Bangladesh and South East Asia visited the Valley and more are expected in the coming months.

“It is beginning and coming years you will see lot many tourists from Bangladesh and Thailand visiting Kashmir. We are not focusing much on Europe and other western countries. We have shifted our priority towards the countries in our neighborhood and we are hoping for a great success,” says Peerzada Zahoor, deputy director, publicity, department of tourism, Kashmir.

A tour operator, Nazir Ahmad Mir, said, Bangladeshis regularly visit India for healthcare and the tourism but they usually skip Kashmir. He said they explored the Bangladeshi market while doing road shows in the capital Dhaka and other places. “We have got a positive response and Bangladeshi tourists have started visiting Kashmir”, Mir says.

Peerzada said till July 8, 2016, around eight lakh tourists had visited the Valley. However, after the large-scale protests which broke over the killing of 22-year-old Hizbul Mujahideen Commander, Burhan Wani, tourist flow to the valley stopped for some time.  He said in next six months after July 8 around one lakh tourists visited the conflict-hit region.

As the new strategy, he said, the tourism department doesn’t focus on the traditional areas like Mumbai, Gujarat, Delhi or Kolkata to attract tourists towards Kashmir. “In these regions, people know Kashmir and they visit whenever they feel feasible. But in case of Raipur, Indore, Nagpur, Jaipur, Chennai, Hyderabad and other such areas are potential areas”, he said. “We will be having road shows in these regions,” he says.

The officials say the winter carnival in January this year and later the tulip festival helped tourism sector a great deal. However, killings of eight people by security forces in bullet and pellet firing on April 9, 2016, created again brought slump in the tourism sector.

Saying that “negative coverage of the electronic media” has not helped the tourism, the officials say they have now activated the social media to project Kashmir as a safe place. The department tourism is making heritage walks on weekends as a permanent feature for the tourists and local people. During these heritage walks the tourists will be shown the historical places and heritage sites. “We are hopeful that coming months will be good for tourism in Kashmir”, Zahoor says.