The Justice G Sivarajan commission's four-volume 1,073 page report that probed the scam was tabled by Chief Minister Pinarayi Vijayan in the state assembly on Thursday at a special session 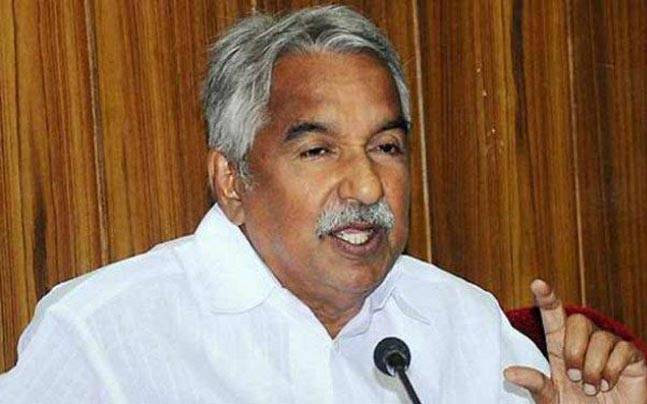 The judicial commission has indicted former chief minister Oommen Chandy along with his personal office staff in the multi-crore solar panel scam, holding they all had "assisted" accused Saritha S Nair in "cheating" customers.

The Justice G Sivarajan commission's four-volume 1,073 page report that probed the scam was tabled by Chief Minister Pinarayi Vijayan in the state assembly on Thursday at a special session and copies were made available to the media.

In the report, Chandy has been accused of receiving an amount of  Rs 2.16 crore as commission. The ex-Kerala CM  is also accused of exploiting Saritha S Nair and having "oral sex" on multiple occasions (at Cliff House, Kerala).

Responding to the allegations, Chandy said, "As far as I am concerned, my life is an open book. I am confident that I have not done anything wrong".

"Should I bow down to blackmailing?,"

Chandy further added,"Even if there was an iota of truth in the allegations, I would keep away from public life."

Chandy said this was a "political revenge" of the LDF government and wondered if it was "solar report" or "Saritha report." "The commission went(about)in a very legally wrong way without taking into account general norms of the commission of enquiries act."

The "solar scam" had rocked the Chandy government before it lost power in May last year after reports surfaced in June 2013 that three of the chief minister's office staff were involved in alleged duping of several persons of crores of rupees by Saritha Nair and her accomplice Biju Radhakrishnan by offering solar panel solutions.

The commission has also recommended to the state government to seriously consider the applicability of the provisions of the Prevention of Corruption (PC) Act against whom corruption and illegal gratification have been alleged.

The commission stated that the then "chief minister,  Chandy and through him his personal staff--- Tenny Joppan, Jikkumon Jacob, gunman Salimraj and (Thomas) Kuruvilla, his aide in Delhi, all had assisted Team solar accused Saritha S Nair and her company in enabling them to cheat their customers."

The commission also said former Home and Vigilance minister Thiruvanchoor Radhakrishnan had "made all efforts" to ensure that Chandy was "extricated" from criminal liability through police officers under him.

Another minister in the Chandy cabinet, Arayadan Mohammed had also "assisted" the Team solar company "in whatever manner possible," as per the commission's findings.

The report also includes the details of the controversial letter written by Saritha on July 19, 2013, in which she had levelled serious sexual and corruption charges against a dozen Congress leaders including state and union ministers and two senior IPS officers.

Though the senior government pleader had submitted that sex was not the subject matter for inquiry by the judicial panel, the Commission, however, felt that if sex and sexual satisfaction are sought by a public servant or somebody for getting something done by a public servant in discharge of his official duties, certainly, the position is different.

"In this case, sex and sexual satisfaction are connected with public servants who are none other than the head of the administration, the chief minister, power minister and other ministers etc named in the letter," according to the commission.

The commission found that there was "substance" in the allegation that Chandy, Thiruvanchoor Radhakrishnan and through him the then former police chiefs Balasubramaian and T P Senkumar to a certain extent and Hemachandran IPS, who was the SIT head, and two other police officers, had made efforts to "sabotage" the investigation.

Further inquiry by a competent authority was necessary to uphold the discipline of the police force, the commission said, coming down on what it called "dubious methods" of the previous Special Investigation Team (SIT) to extricate" Chandy from criminal liability.

The SIT also did not probe the alleged involvement of other ministers, government officers, central minister, MLAs and police officers in the investigation of solar cases, it said.

Earlier, tabling the report in the House, the chief minister said the government would initiate legal proceedings, including under the Prevention of Corruption Act, against all persons who are found by the commission as having indulged in corruption.

An order has been issued forming a SIT team to probe various aspects of the solar scam based on the findings and recommendations of the commission, he said.