Jay Shah had filed a criminal defamation case in a metropolitan court in Gujarat in November last year over a report claiming his firm's turnover grew exponentially after the party came to power in 2014. 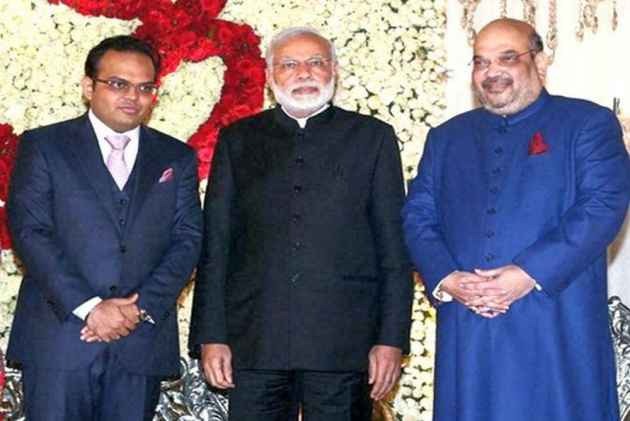 The Supreme Court on Thursday directed the trial court in Gujarat not to proceed with defamation case filed by Bharatiya Janta Party (BJP) president Amit Shah's son Jay Shah against news website The Wire for its report.

The bench, however, was critical of the way news websites are writing reports and asked the media to be more responsible. A three-judge bench of the Supreme Court, headed by Chief Justice of India Dipak Misra granted partial relief to The Wire journalist till April 12.

The Wire's editor Siddharth Varadrajan took to twitter calling the judgement in favour of 'media freedom'. "A promising day for media freedom, Supreme Court restrains further proceedings in Jay Shah criminal defamation case against @thewire_in. Our petition to quash the same listed for hearing on April 12."

Senior Advocate Kapil Sibal, who is appearing for the news portal argued in the court that the article was only asking pertinent questions to Shah."If journalism is going to be throttled like this, no journalist can ask questions," he said, reported The Indian Express.

Appearing for Shah, Senior Advocate N K Kaul contended that The Wire story was a "manufactured story, scurrilous reporting" and to damage Shah’s reputation. "The reporting was part of a design," the newspaper reported him saying.

The Gujarat Court in January had refused to quash the suit on the news portal's plea. The High Court said the report was prima facie defamatory and the journalists would have to face trial.

Jay Shah had filed a criminal defamation case in a metropolitan court in Gujarat in November last year against news portal The Wire over a report claiming his firm's turnover grew exponentially after the party came to power in 2014.

In his application, Shah prayed for, "criminal action against the respondents for defaming and tarnishing the reputation of the complainant through an article, which is scandalous, frivolous, misleading, derogatory, libelous and consisting of several defamatory statements."

The seven respondents in the case were the author of the article Rohini Singh, founding editors of the news portal Siddarth Varadarajan, Sidharth Bhatia and M.K. Venu, managing editor Monobina Gupta, public editor Pamela Philipose and the Foundation for Independent Journalism, the non-profit company that publishes The Wire.

In December last year, Ahmedabad court had vacated an ex parte order of October 12 placing absolute restraint on the publication of the controversial article. The order, however, restrained the news website from indirectly or directly linking the article with Prime Minister Narendra Modi till the final disposal of the defamation suit filed by Jay Shah.