As per the data, the government's total expenditure was Rs 12.92 lakh crore at October-end, or 60.2 per cent of the budget estimate. 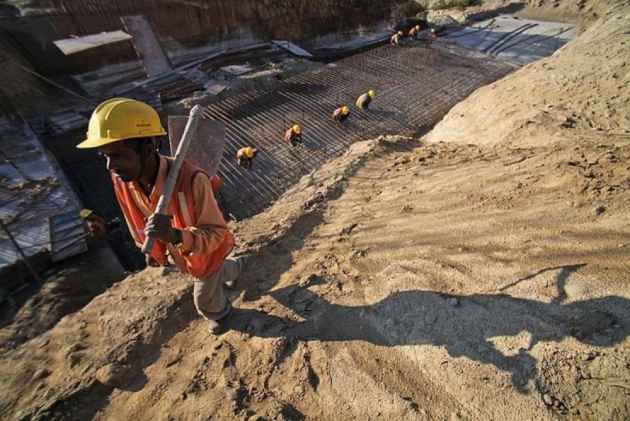 India's fiscal deficit at the end of October hit 96.1 per cent of the budget estimate for 2017- 18, mainly due to lower revenue realisation and rise in expenditure.

In absolute terms, the fiscal deficit -- the difference between expenditure and revenue -- was Rs 5.25 lakh crore during April-October of 2017-18, according to data of the Controller General of Accounts (CGA).

The CGA data showed that the government's revenue receipts were at Rs 7.29 lakh crore in the seven months of the current fiscal, which work out to 48.1 per cent of the budget estimate (BE) of Rs 15.15 lakh crore for the entire year.

The receipts, comprising taxes and other items, were at 50.7 per cent of the target in the year-ago period.

Capital expenditure during April-October of 2017-18 was only 52.6 per cent of the BE compared to 50.7 per cent in the same period of the previous fiscal.

Revenue expenditure, including interest payment, was 61.5 per cent of the BE during April-October 2017-18. This compares with 59.2 per cent a year earlier.