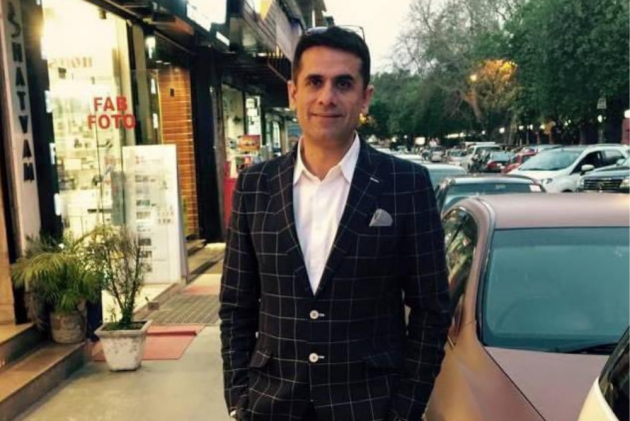 A Delhi court Monday remanded businessman Navneet Kalra in three-day police custody in connection with a case probing the black-marketing of oxygen concentrators in the national capital.

The Delhi-based businessman was arrested from his Gurgaon residence, earlier today. He has been accused of hoarding oxygen concentrators and selling them at massively inflated prices to Covid-19 patients.

During a recent raid, 524 oxygen concentrators were recovered from three restaurants owned by Kalra in Khan Market and Lodhi Colony in Delhi.

Post the seizure of the concentrators, Kalra was on the run for a week.

But who is Navneet Kalra?

Before entering the restaurant business, Navneet Kalra had owned an optical shop at Delhi's upscale Khan Market area back in early 2000s.

But his rise as a businessman began following a partnership with popular rolls chain Khan Chacha in the same area.

Kalra currently owns a series of food joints including Town Hall, Public Affair, Mr Choy, Khan Chacha -- all in the Khan Market area -- and Nege and Ju on Lodhi Road and Kakapo in Mehrauli.

His restaurants are frequented by celebrities and his social media profiles boasts of his pictures with top cricketers.

"Kalra had initially started off with clothes business but after that did not work, he opened Dayal Opticals in Khan Market between 2000 and 2005. Dayal Opticals was a brand started by his Kalra's father," claimed sources close to the family.

In 2009, Khan Chacha, originally started by Haji Banda Hasan and had been there for decades at the Khan Market area, was shut down after they had a tiff with their landlord.

Following this, they forged a partnership with Kalra and Khan Chacha resumed operations. In 2016, Kalra and Haji Banda Hasan's sons had a fall out and parted ways.

Next year, Hasan's sons approached the Delhi High Court to get trademark rights of Khan Chacha. But by 2020, Hasan's sons opted for an out of court settlement.

"We had a fallout with our landlord when we used to put up a small kiosk at Shop number 75 but the landlord wanted to give our franchise to someone else and we were not in agreement. So we shut it. During that time, we received many partnership offers but we liked the offer given to us by Kalra. He offered us a 50-50 partnership and told us, 'I have vision and you have the talent,'" Hasan's son Mohammad Saleem told PTI.

Saleem claimed that Kalra treated them like "slaves" and when they said they wanted to walk out of the partnership in 2016, he claimed their father had sold him the copyright to Khan Chacha.

The brothers then approached the court in 2017 and also opened 'Rule The Rolls' at Khan Market while the court battle dragged on.

"It was 2020 and the coronavirus-induced lockdown happened. We had to think of our expenses, our loans and the court battle was also proving to be costly. So we sold him the brand name in 2020 and parted ways," he added.

Saleem said the day oxygen concentrators were seized from Khan Chacha, he and his brother were questioned by the police.

The brothers were at their outlet 'Rule The Rolls' in Khan Market when the police had approached them.

"We took them to our house and made them see our father, who is suffering from Parkinson's disease and dementia.

"We also went to the police station and told them that we had sold the brand name to Kalra in an out of court settlement. My brother Javed gave his statement at the Lodhi Road police station," he said.