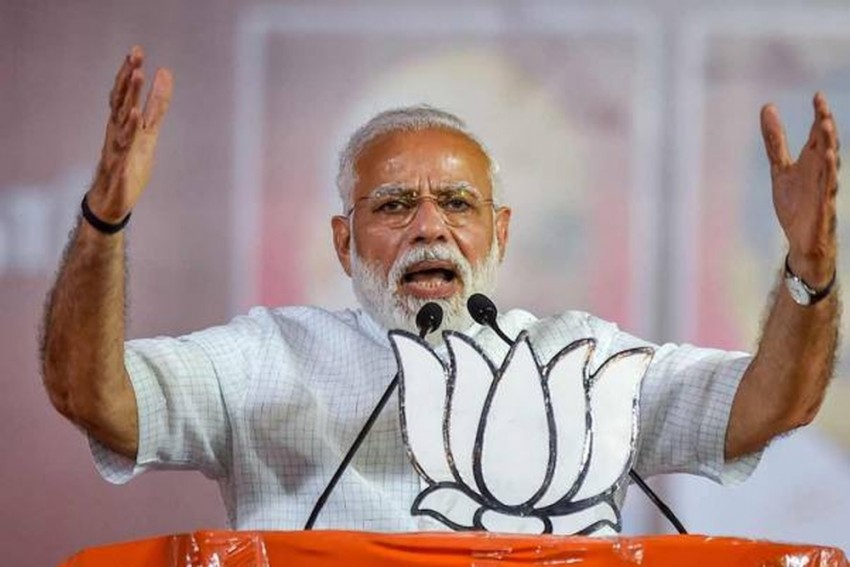 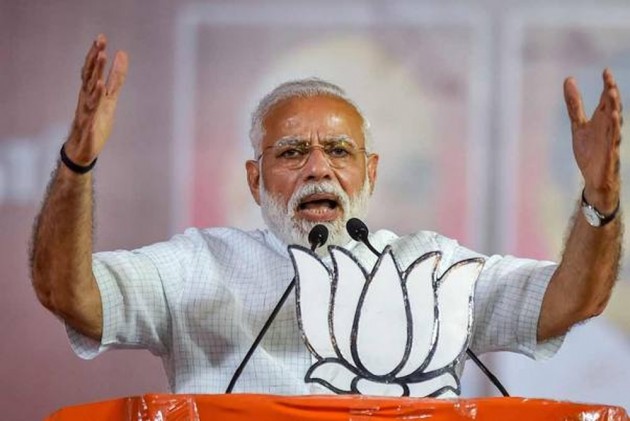 Prime Minister Narendra Modi Wednesday said the then UPA government arrested BJP president Amit Shah and some police officers in Gujarat to topple the state government then headed by him and said this election will decide if nationalist forces will rule the country or those who want to help the "tukde tukde gang" by scrapping sedition law.

"From 2004 to 2014, there was a 'remote control government' and you know who was in control. In those 10 years, those sitting in Delhi tried to damage the interest of Gujarat and acted as if the state is not in India," Modi said.

"Our police officers, and even Amit Shah, were thrown behind bars. They (UPA) employed all means to break the Gujarat government," Modi said, alluding to the time when he was chief minister of the state.

"Now should we give them a chance to destroy Gujarat once again? They (Gandhi family) are more angry as they are out on bail. They are thinking that they were ruling this country for four generations and this Gujju, this chaiwala forced them to go to the court and seek bail," he said.

Modi said if voted to power again, he will ensure that they are behind bars.

"You gave me a chance in 2014. I brought them (Gandhis) to the doors (of jail) and if you will give me another five years, they will go inside, Modi said.

"But if they come to power again, their first target will be Gujarat", Modi said.

Modi asked the crowd if people of Gujarat approve the language being used by Congress president Rahul Gandhi against him.

"The British used golis (bullets), while the Congress is using gaalis (abuse) against us," he said.

"Initially, they said anything about chaiwala, then they started saying things about chowkidar and now they are saying the entire community is chor," Modi said.

Addressing a poll rally in Maharashtra recently, Gandhi had said, "I have a question. Why all the thieves have Modi in their names whether be it Nirav Modi, Lalit Modi and Narendra Modi? We don't know how many more such Modis will come out."

Modi said he has come to Gujarat to ask voters to help BJP win all the 26 Lok Sabha seats in the April 23 single- phase polling in the state.