UP University Starts Awareness Course On CAA To ‘Clear The Fog’

The study and learning material for the course has already been designed and has been sent for printing. 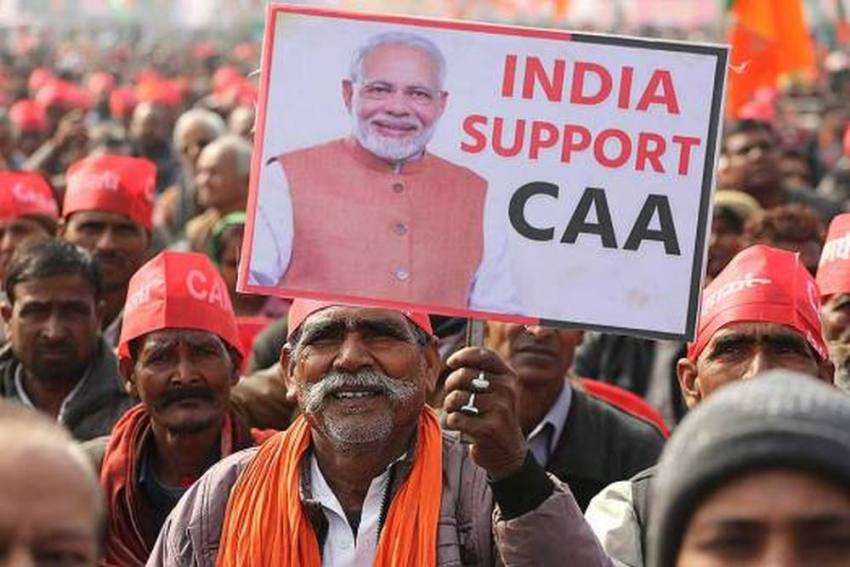 A supporters of BJP holds a banner in support of new citizenship law in Lucknow
AP Photo
Outlook Web Bureau January 22, 2020 00:00 IST UP University Starts Awareness Course On CAA To ‘Clear The Fog’ 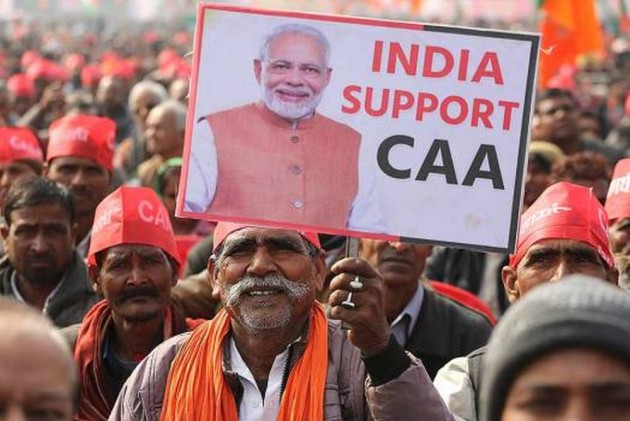 Uttar Pradesh Rajarshi Tandon Open University (UPRTOU), Prayagraj has started a certificate course to spread awareness on Citizenship Amendment Act (CAA). The objective of this course is to clear the fog around the Act and present it to the people in its correct form, said university vice chancellor Kameshwar Nath Singh.

The admissions to the three-month course -- priced at Rs 500 -- have already started. “It will educate the students about the Act, the citizenship laws in other countries, the citizenship law in India prior to this Act, and why this Act was needed,” Singh told Outlook.

“We want the intent of the government and the Parliament to reach the people in a credible and verifiable manner. In addition, we want to put to rest the misconceptions and the babble around it. It’s an Act to give citizenship, not take it away.”

Also Read: When The States Push Back

The study and learning material for the course has already been designed by the political science and public administration experts and has been sent for printing. Besides this course, which was introduced earlier this month, the university also offers awareness courses on Jammu and Kashmir (introduced after revocation of Article 370), integral humanism (also the foundational principle of BJP), Kumbh Darshan and Yoga among other topics.

Singh said that UPRTOU is a state-run university and should concern itself with social and national issues. “The correct and constitutional perspective on issues of national significance must be taken to people,” he said.

Also Read: Amid Mounting Anger Against CAA, A Political Alternative Is Taking Shape In Assam

Asked if the course will also include critical views on the Act, Singh said, “Criticism and counterclaims is not our job. The laws are not made on streets or protest sites. They are made through debates in the Parliament. It’s only when good things reach there the Parliament passes them.”

UPRTOU has over 50,000 students on its rolls and has 1,200 centres, spread over 75 districts of Uttar Pradesh.

Also Read: CAA Protests: The Streets Were Warm This ­December