CAA Protests: The Streets Were Warm This ­December 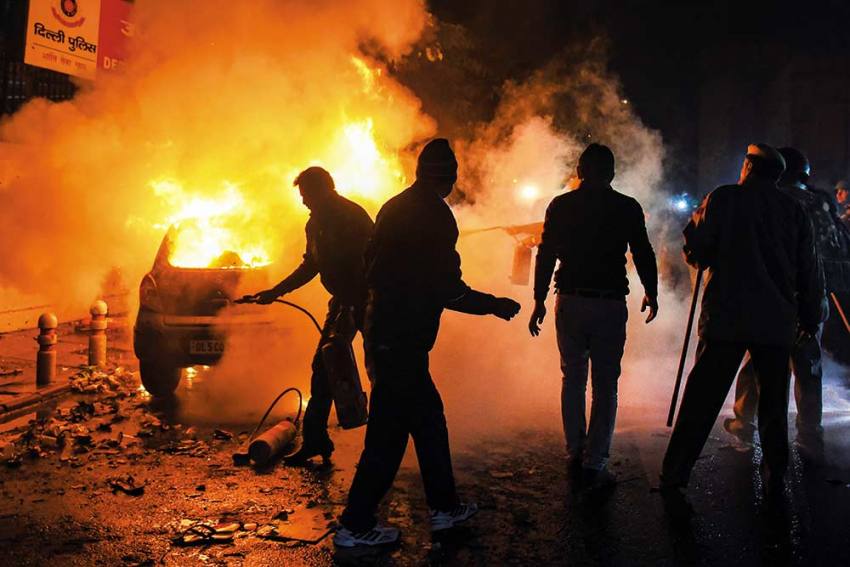 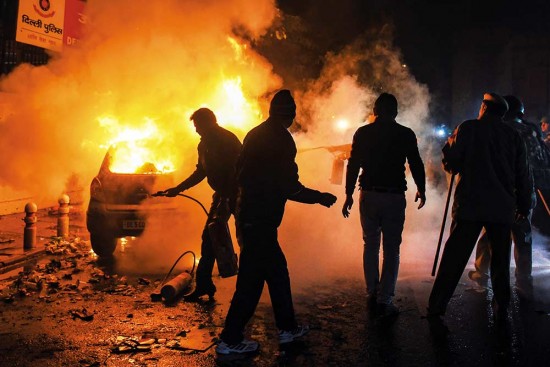 A student loses an eye. Protestors recite the Preamble to the Constitution. Buses are set on fire. Police ransack a university library. Girls give roses to cops. An eight-year-old dies in a stampede at a protest. “It’s so bad that even introverts are here,” reads a poster. ‘Office of the students’ issues a notice expelling the university’s vice chancellor. Historian Ramchandra Guha is detained in Bangalore. “India awakens to fight for its soul,” proclaims a New York Times opinion. The toll: 25 dead so far.

People in several parts of the country took to the streets in protest against the Citizenship (Amendment) Act passed by Parliament. Many claim the amen­ded law is discriminatory as it makes an ­exc­eption for non-Muslim minorities from Pakis­tan, Bangladesh and Afghanistan in the granting of Indian citizenship. Coupled with the proposed update of the Nat­ional Register of Citizens (of which the Nat­ional Population Register is ­being seen as a precursor), CAA was seen as part of a larger design threatening Muslims. The first epicentre of the protests was Jamia Millia Isl­amia in Delhi, which has a significant number of Muslim students. Many felt CAA was the final straw on the camel’s back—following hate crimes, including mob lynching, criminalisation of triple ­talaq and the court verdict in the Ayodhya case. Others felt this was the biggest threat to the Consti­tution since the Emergency. The protests spread, and some of the most intense were seen in many distri­cts of Uttar Pradesh, which has a higher percentage of Muslims than the national average. The ­police crackdown was brutal—of the 25 deaths reported in the country so far, 16 were in UP alone. The CM said he wants “revenge”—and the steps included confiscating and auctioning property of protestors alleged to have vandalised property. There were five deaths in Assam, which saw some of the first protests against CAA. With these protests, some serious questions are raising their heads: Can Parliament speak in disagreement with the Preamble? Is our Constitution too progressive for our ­polity? Were the country’s founders aberrations? Is the right to protest under threat in India? Are internet shutdowns the way ­forward for securing law and order?