Jyotiraditya Scindia said that Kamal Nath government had digressed from the path of public service. 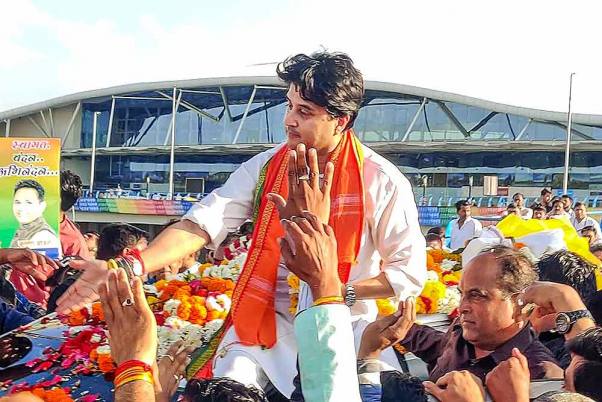 The former Congress MP, whose exit from that party led to the fall of the Kamal Nath government, said he has always believed that politics should be a medium of serving people.

"People have won today in Madhya Pradesh. I have always believed that politics should be the medium of public service," Scindia tweeted.

"However, the (Kamal Nath-led) government had digressed from that path. Truth has prevailed," Scindia added.

Nath submitted his resignation to state governor Lalji Tandon at the Raj Bhawan here on Friday.

"Nath submitted his resignation to the governor," a Raj Bhawan official said.

His move came a day after the Supreme Court directed that a floor test be conducted in Madhya Pradesh Assembly on Friday to prove that the Congress government led by him enjoys majority in the House following the resignation of 22 MLAs of his party.

These MLAs had resigned in support of former union minister Jyotiraditya Scindia, who quit the Congress to join the BJP earlier this month.

"People will not forgive those who went against their wish."