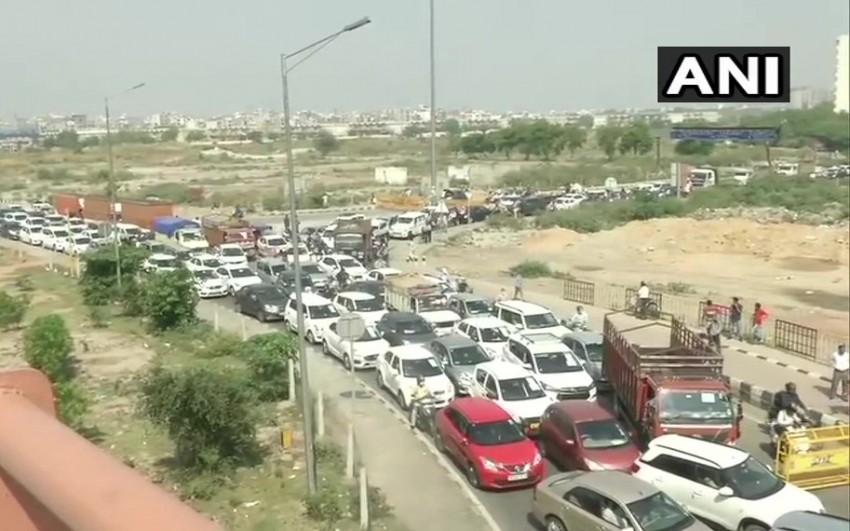 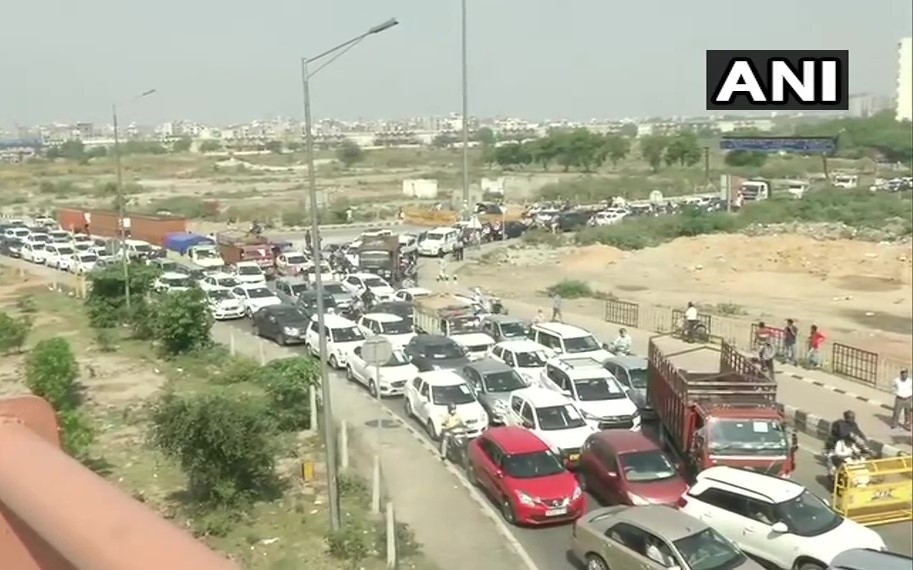 With authorities ordering a ban on movement across the Delhi-Ghaziabad border, a large number of daily commuters got stuck at the inter-state checkpoint at the Ghazipur border on the National Highway-9 on Tuesday morning.

The commuters, angry over the sudden ban, could be seen arguing with policemen manning the barricades on the route. There were queues of vehicles stuck on both sides of the border, IANS reported. People with valid passes were allegedly not allowed to move across the border as police questioned them.

Delhi Traffic Police tweeted on Tuesday afternoon saying, "Traffic movement is slow in the carriageway from Ghazipur to Ghaziabad due to tight checking of commuters at Border by UP Police."

The orders to seal the Ghaziabad borders were issued by District Magistrate Ajay Shankar Pandey on Monday, but many people were unaware of the directive.

The decision was taken after six people who had come from Delhi tested positive for coronavirus, said Pandey in an order issued on April 20. 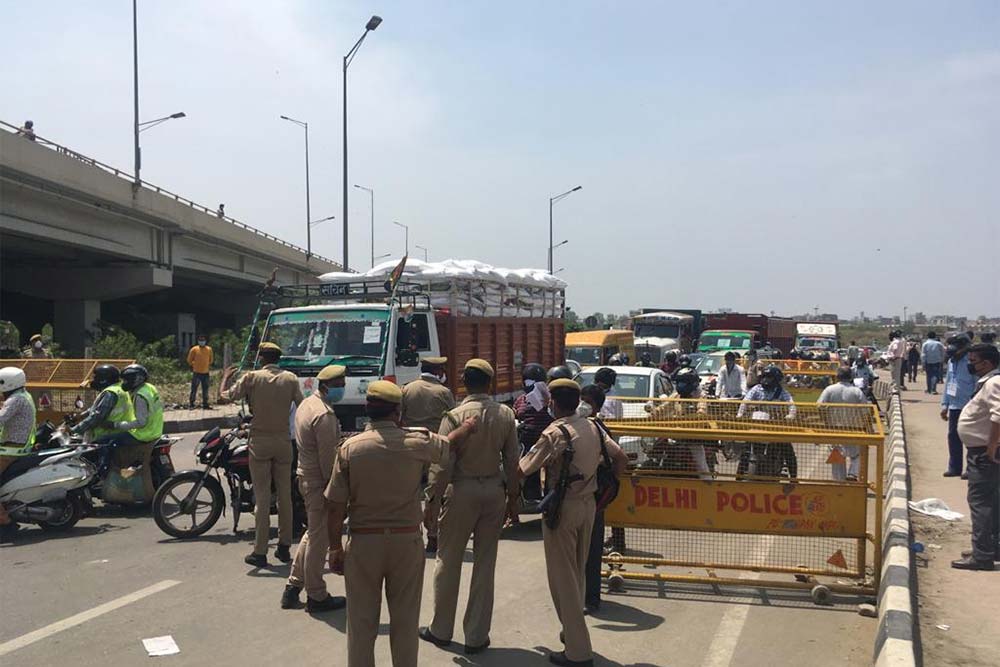 Heavy traffic jam seen at Delhi-Ghaziabad border at Ghazipur as strict checking has been put in place in view of rising number of COVID-19 cases, in east Delhi. Photo: Tribhuvan Tiwari/Outlook

The district administration on Tuesday banned the movement of people between Ghaziabad and Delhi as per lockdown orders, PTI reported.

However, people with valid passes and engaged in essential and emergency services will be allowed to move between the two cities,  Pandey said.

There is no relaxation in lockdown orders, and industries and offices in the district will not be open. Previous orders and conditions would remain in the same condition when the lockdown was declared, he added.

Total 15 societies are sealed and declared hot spot in the district, the DM said.